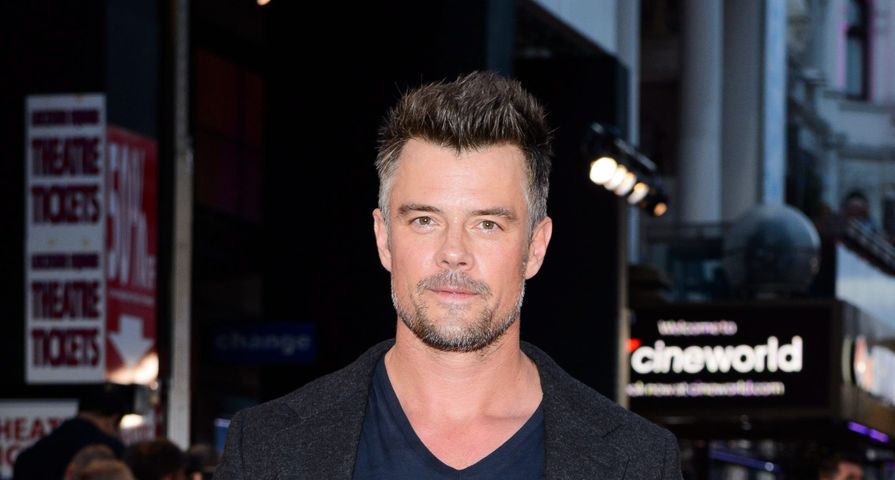 Josh Duhamel has had success in Hollywood and is married to the super successful pop star and Black Eyed Peas member Stacy Ferguson (Fergie), yet he has remained a level of anonymity. He has starred in soap operas, TV dramas, romantic comedies, and even action films, but is still one of the most down-to-earth celebrities out there. Get to know the handsome star better with these 10 things you probably didn’t know about Josh Duhamel!

While growing up, Duhamel’s career goal was not to become an actor or model but instead was to become a dentist. He ended up attending Minot State University, and planned on going to dental school, but his grades were not very good and he dropped out just one and a half credits away from earning his undergraduate degree.

Like most celebrities, it wasn’t an easy road to fame for Josh Duhamel, but he had to get his foot in the door somewhere, and like Channing Tatum and several other attractive male celebrities, Duhamel got started by appearing as an extra in music videos. He most famously appeared in Donna Summer’s “I Will Go With You,” and Christina Aguilera’s “Genie In a Bottle.” When watching Aguilera’s video closely, Duhamel can be spotted as the guy in the yellow/orange shirt who jumps over the railing to the beach first.

Joshua David Duhamel was born on November 14, 1972 in Minot, North Dakota. His mother Bonnie Kemper was a teacher and businesswomen and his father Larry Duhamel worked as an advertising salesman. Josh was the oldest of four children with three younger sisters, and when he and his sisters were young, his parents split up, and Duhamel was primarily raised by his mother.

This is the look a high school kid has when he’s going to prom and realizes he might see a real live girl naked for the first time. #TBT 1990

After dropping out of college in North Dakota, Duhamel says he “followed an ex-girlfriend to northern California, did a bunch of odd jobs,” and wound up getting noticed by a talent scout looking for male models. In 1997 he ended up getting his big break when he wound up winning the title of Male Model of the Year in an International Modeling and Talent Association competition, beating out none other than Ashton Kutcher who was the runner-up. Duhamel has revealed that he and Kutcher have often talked about that time in their lives. “We’ve had many laughs about that. Every time I see him we talk about it. We were such green gorns coming out of the middle of nowhere. He was from Iowa, and I was from North Dakota, and we’re like in New York City. It was like a real-life Zoolander. I twas amazing — and I took it so seriously; I so wanted to win. I felt like Miss America when I won that thing.”

After winning the model compeition, both Duhamel and Kutcher were supposed to make their acting debuts in the a comedy film called “A Tale of Two Strippers,” but the film’s writer and director Alan J. Pakula was killed in an accident before production started and the film was canceled. Duhamel was passionate about pursuing acting, saying that he did not model for that long and was “really unsuccessful at it.” He added, “I never felt comfortable posing in front of a camera. I always felt like I’d have more fun if I had something to do, if I got to act rather than pose. That was the reason I kept hammering my agency to send me on commercial auditions. I’d been taking classes, and they were like, ‘No, no, no — those auditions are for actors,’ and I’d be like, ‘Oh. I’m gonna show you.'” Luckily his persistence paid off and in 1999 he landed his breakout acting role as Leo du Pres in the soap opera All My Children.

It is no secret to any of Duhamel’s fans and social media followers that he is a huge sports fan, and is particularly passionate about supporting the Minnesota Vikings, and that is in part because he was quite the athlete himself. He worked as a lifeguard at a local pool and played basketball and football in school, but he was actually pretty good at football and ended up playing quarterback for the university football team when he attended Minot State. He started for the team in 1993, but the following year lost the starting spot to Scott Mayer.

The handsome actor is nothing but professional when on any set, but when filming one of his newest movies, Spaceman, things got away from him unknowingly. The first day of filming, Duhamel actually got high on set, but that was never his intention. “The truth is the first day, the first shot of the movie, I was rolling a joint. Normally they make fake weed, but nobody told me it was real weed. So I smoked it and for the next several hours I was high and wasn’t supposed to be.”

Many are well aware of Duhamel’s high-profile marriage with singer Fergie which all began back in 2004. At the time Fergie and the Black Eyed Peas appeared in an episode of Duhamel’s popular series Las Vegas. According to the actor, his first two words to his would-be wife were, “You’re hot.” “It sounds corny when you say it, but I think she knew I was sort of saying it tongue-in-cheek because she had already known that I had a little bit of a crush on her while she was there and it was sort of a way of saying something she already knew,” he explained. The two then dated for five years and were married in January of 2009 in Malibu, California and then welcomed their son, Ax, in August of 2013.

Unfortunately for Fergie and Duhamel, their entire relationship has been plagued by rumors of a breakup and infedility, including one major affair scandal that rocked their marriage. Nine months after they were married in 2009, a stripper in Atlanta named Nicole Forrester came forward claiming that she had had a fling with Duhamel while he was in Atlanta filming. Although Forrester has never backed down from the claims, it was not enough to cause Fergie to leave her husband. She stated it was a “difficult time” but it made them “stronger as a unit.” “Our love today is a deeper love, definitely. We’re stronger today definitely because of anything difficult that’s happened with us. We deal with it, we communicate, communicating’s the most important thing,” Fergie stated of her marriage to Duhamel after the scandal.

In 2005, Duhamel got into business when he and a friend invested in a restaurant called 10 North Maine in their home town of Minot, North Dakota. While the business has done very well, and locals love it, there is unfortunately a running joke that squirrel is on the menu. “We joked about what was on the menu and [my partner] was saying, ‘What are you gonna serve, squirrel?’ We’re more sophisticated than that – it’s like sushi squirrel!” the actor joked.