Home » Entertainment » Celebrities » Things You Might Not Know About Jay Z 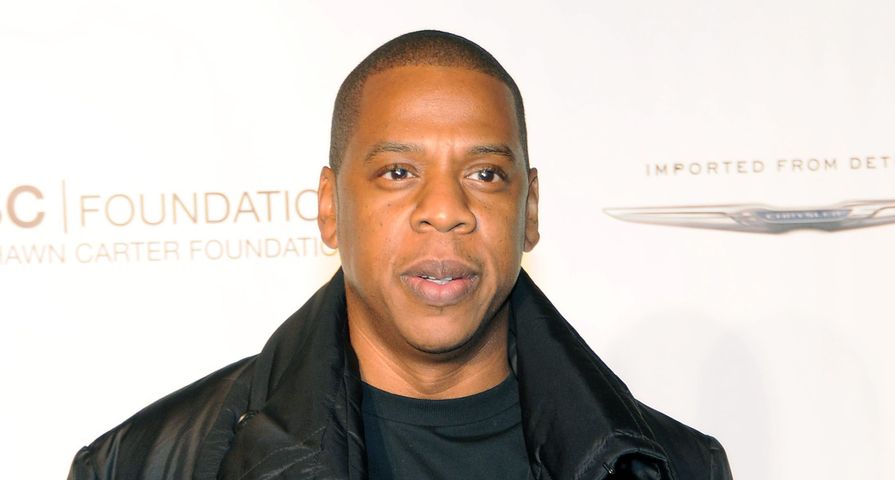 Shawn Carter, better known as Jay Z, is ranked as one of the most successful rappers in the world. He’s one of the best selling artists of all time with 100 million record sales to his name and a whopping 21 Grammy Awards under his belt. But that’s not all. He’s also an extremely successful investor and businessman who’s a co-owner of the New York 40/40 Club, the clothing line Rocawear and is the former president of Def Jam Recordings, co-founder of Roc-A-Fella Records and founder of Roc Nation. On top of all this, he’s also a certified NBA and MLB sports agent. The fiercely private and humble rapper is married to fellow superstar Beyonce, making them one of the biggest powerhouse couples. Despite his widespread fame — not much is known about the rapper. Here’s a look at 10 things you probably didn’t know about Jay Z!

Born Shawn Corey Carter,  Jay Z had a troubled childhood and his family struggled a lot growing up. He was raised by his mother, Gloria Carter, with his three siblings in Marcy Houses, a housing project in Brooklyn’s Bedford-Stuyvesant neighborhood. “We were living in a tough situation, but my mother managed; she juggled. Sometimes we’d pay the light bill, sometimes we paid the phone, sometimes the gas went off. We weren’t starving — we were eating, we were O.K. But it was things like you didn’t want to be embarrassed when you went to school; you didn’t want to have dirty sneakers or wear the same clothes over again,” he said.

Jay Z’s father, Adnes Reeves, walked out when he was 11-years-old. He moved in with his mother, 10 minutes away from his children, but never bothered to visit them, not even on their birthdays. Jay Z was left with a lot of anger and resentment towards his father growing up until they reconciled shortly before his death in 2003. Jay Z said his father offered him an explanation as to why he left. “When I was 9, my dad’s brother got stabbed, and my dad went looking for the guy who did it. People would call in the middle of the night and tell him, ‘So-and-so is out here.’ So my dad would get up, get his gun, and go outside to look for the guy. After a while, my mom was like, ‘Hey, this is your family now. You can’t do that.’ But this was my dad’s baby brother. And my dad was in so much pain that he started using drugs and became a different person.”

The neighborhood he grew up in was riddled with drugs, and at the age of 12, Jay Z had to step up and make money for his family. He started selling drugs and even admitted to selling crack, though he never used it himself. He said his mother knew he was dealing drugs as a teenager. “We just pretty much ignored it. But she knew. All the mothers knew…I’m telling you, it was normal,” he said. “Crack was everywhere — it was inescapable. There wasn’t any place you could go for isolation or a break. You could go in the hallway; [there are] crackheads in the hallway. You look out in the puddles on the curbs — crack vials are littered in the side of the curbs. You could smell it in the hallways, that putrid smell; I can’t explain it, but it’s still in my mind when I think about it.” Jay Z has said on more than one occasion that drug dealing is what taught him how to budget and be smart with money.

When Jay Z was only 12-years-old he got into a confrontation with his older brother and shot him in the shoulder. This was around the time that his father walked out and Jay felt the need to protect and help his family. “My brother was dealing with a lot of demons. [He was] about 16. He was doing a lot of drugs. He was taking stuff from our family. I was the youngest, but I felt like I needed to protect everybody,” he said in an interview with Oprah.

Jay Z attended George Westinghouse Career and Technical Education High School with future rappers, Notorious B.I.G. and Busta Rhymes, but he ended up dropping out before he graduated. Jay Z and Notorious B.I.G. were friends It’s been reported that Jay Z was one of the last people to have spoken with Biggie on the phone the night that he died. Biggie was featured on Jay Z’s first album, Reasonable Doubt, which helped launch his career. Jay Z said that his album In My Lifetime, Vol. 1 was created during one of the worst periods in his life when he was reeling from the death of The Notorious B.I.G.

Every artist has a special technique when it comes to songwriting. Jay Z is no different! He never writes the lyrics to a song down. Instead, he memorizes them before he goes into the studio. In addition to his “Jay Z” stage name, he’s often referred to by friends as J-Hova, as in Jehovah because it’s unbelievable that he doesn’t write any of the lyrics to his songs down. According to a Vanity Fair interview, Kanye used the name on a record and it has stuck ever since.

Shawn Carter’s stage name “Jay Z” comes from his childhood nickname, “Jazzy.” The name was given to him by other kids in the neighborhood because he used to rap in a circle in the Marcy projects.

In the beginnings of his career, Jay Z got caught up in some legal trouble when he was accused of stabbing producer Lance “Un” Rivera at the Kit Kat Club in December 1999. He eventually pleaded guilty to the crime and was sentenced to three years probation, but three days before his trial he and his bodyguard were arrested on a separate charge when police officers found a gun in the waistband of his bodyguard’s pants. In an interview with Vanity Fair, he talked about the incident. “I did wrong and I paid. You’ve got to realize where I’m coming from; we fought all the time. It’s just what you did. You went to the club; you had fights; sometimes bottles got thrown, sometimes knives came out. You know how many times I had that sort of fight? I still had the bravado of the same guy I was, and I had to realize that I wasn’t the same guy anymore.”

There have been many reports about both Jay Z and Beyonce’s net worth, especially when combined together. They often referred to as one of the most powerful couples in the world. In an interview with Vanity Fair, Jay Z was asked about his net worth, specifically the Forbes article that estimated his net worth to be somewhere around $500 million. His response was to dismiss it as simply a “guesstimate” and that he’s not motivated by money. That’s not why he does what he does. “I’m not motivated by that. I’m motivated by things I’m interested in…Whether I succeed or not, that’s for people to judge. But I create things. I don’t sit around with my friends and talk about money, ever. On a record, that’s different,” he said.

In an interview with Oprah, Jay Z divulged that he and Beyonce have a Sunday dinner tradition. They have a particular spot, which he refused to name, where they go for pizza every Sunday. They bring their own wine and can enjoy a date night incognito. “There’s a great pizza spot we go to every Sunday. You can bring your own wine, and there are candles. It’s a nice date,” he said.