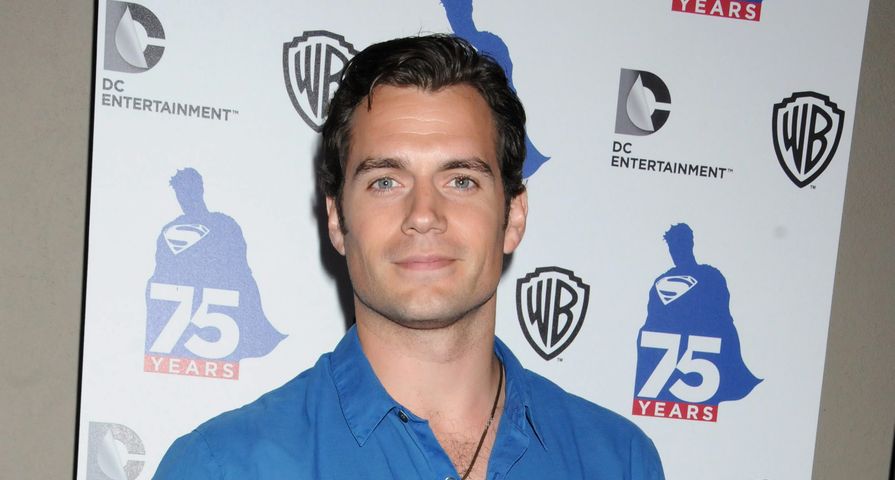 Henry Cavill has become one of the biggest actors in the industry thanks to his prominence as Clark Kent/Superman in Man of Steel and the upcoming Batman v Superman: Dawn of Justice and Justice League films. It was a long road to stardom for the 32-year-old however, and although he is well-known both for his roles and his stunning good looks, there is still plenty that is not known about the actor. After taking on possibly the most iconic superhero, Cavill is destined for mega-stardom, so now is as good a time as ever to check out 10 things you didn’t know about him!

Henry Cavill is the first non-American actor to play Superman, and he is the third British actor to take on the lead role of a superhero, and be the most successful at it. Before him Christian Bale reinstated the Batman franchise and Andrew Garfield breathed new life into Spider-Man.

After seeing Cavill as Albert Mondego in 2002’s The Count of Monte Cristo, author Stephanie Meyer based her description of Edward Cullen in Twilight on him. She would have loved to have Cavill to play the role, but by the time the movies were made, he was too old to play a 17-year-old, so it instead went to Robert Pattinson.

Interestingly enough, he also had an interest of playing Cedric Diggory in Harry Potter and the Goblet of Fire, but that role also went to Robert Pattinson. Then in 2005 he came very close for the role of James Bond in Casino Royale and made it to a final screen test before being told he was too young, causing producers to go with Daniel Craig instead. Before landing his Man of Steel role, Cavill was first considered for Superman in 2006’s Superman Returns but the role was given to Brandon Routh. This string of missed roles caused Empire Magazine to call Cavill “the most unlucky man in Hollywood” in 2005.

Given his prominence now, it might be surprising to learn that Cavill only has 21 acting credits to his name which include his breakout role in The Tudors and his other major film role in The Man from U.N.C.L.E.. He has already managed to accrue a net worth of $14 million which will grow substantially with the release of Batman v Superman and Justice League films.

Aside from English, Cavill is fluent in French and is able to hold a conversation in both German and Italian and has stated he knows how to order a beer in Czech.

As one of “World’s Sexiest Men” a lot of people are interested in Cavill’s love life, especially after he briefly dated Big Bang Theory Star Kaley Cuoco in June 2013. Prior to that he was dating equestrian rider Ellen Whitaker and the pair were engaged in 2011, but broke up the following year. Now he is dating a 19-year-old college student, Tara King, who he apparently met in August 2015 at a nightclub.

Henry Cavill is the second youngest of five boys and was raised on the Bailiwick of Jersey in the Channel Islands. His mother was s bank secretary while his father was a stockbroker and he of English, Scottish and Irish descent.

At 6’1 Cavill is now known for his incredible good looks and superhero physique, but he recently revealed he was bullied when he was younger for being overweight. “I was fat. I was Fat Cavill,” he said and revealing he was picked on frequently after he was sent away to boarding school. “I bawled on the phone to my mom four times a day. I became an easy target.” Everything changed, however, when he landed his small part in The Count of Monte Cristo for which he lost 21 pounds and began his road to buff and built.

It isn’t surprising that Henry Cavill’s best of friends are some of Hollywood’s other hottest actors, including Luke Evans, best known for his roles in Dracula Untold, Immortals and Fast & Furious 6 and has been cast as Gaston in the upcoming Beauty and the Beast. As well as Jason Momoa from Game of Thrones and Stargate: Atlantis, and Armie Hammer known for The Lone Ranger and The Man from U.N.C.L.E.

Outlander is now a huge series, but Cavill was a major fan when it came out, likening the lead character Jamie to Superman. “Outlander I thought was absolutely spectacular. It’s so good I watched it from beginning to end in almost one night. I couldn’t stop. Jamie is a Scottish Superman, for sure!”