Home » Entertainment » Celebrities » Things You Might Not Know About Halle Berry 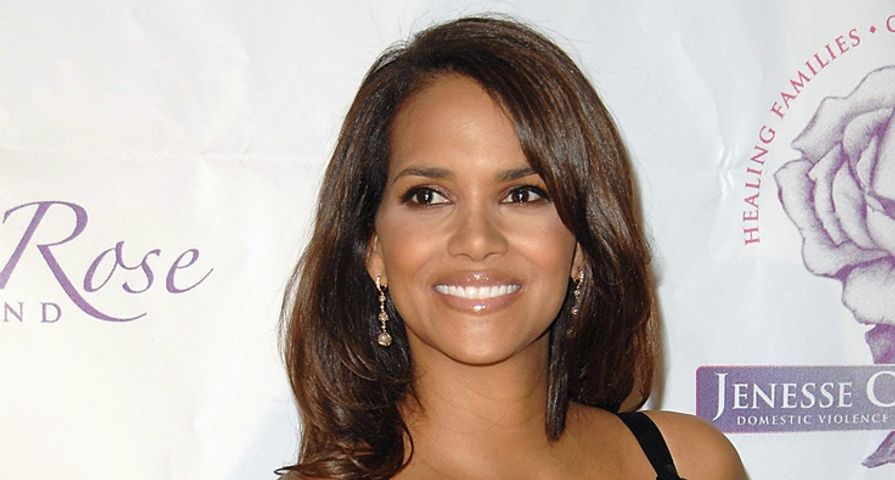 Halle Berry has been in the spotlight for almost three decades now, which is an awfully long time by Hollywood standards. We’ve seen her win an Oscar, a razzie and go through her fair share of love and heartbreak. Since she’s about to turn 51 – and doesn’t look a day over 35 – we have 10 things you didn’t know about know about the bona fide movie star:

She was born Maria Halle Berry on August 14, 1966 in Cleveland, Ohio, to Judith, a psychiatric nurse, and Jerome, a hospital attendant in the psychiatric ward where her mother worked who later became a bus driver. While her mother is of English and German descent, her father was an African American. When she was four, her parents divorced and her mother raised her and her older sister.

Despite editing the school newspaper and becoming class president and captain of the cheerleading squad, the Oscar-winning actress still experienced discrimination at her mostly white high school. “I had a lot of problems in high school,” she told Ebony magazine. “It was predominantly white and I wasn’t really accepted there. I was in a fight practically every week. The Black kids assumed I thought I was better than they were, and the white kids didn’t like me because I was Black. And I didn’t know who I felt comfortable with. Black or White people.”

Before her father left the family when she was four, the former beauty queen witnessed a lot of abuse. “I saw my mother battered, and could not do anything to stop it,” she said. “My father was tyrannical, lashing out at her for no reason. I felt the effects that had on our family,” she said. Even after her father died of Parkinson’s disease back in 2003, she was never able to forgive him for what he did to her mother.

After graduating high school and studying broadcast journalism at Cleveland’s Cuyahoga Community College, the Catwoman star entered a number of beauty pageants. She won Miss Teen All-American and then Miss Ohio USA and then placed second in the Miss USA Contest and sixth in Miss World. “We didn’t have a lot, so initially I saw dollar signs,” she told People. “But then I felt really empowered after winning.”

One of the Monster’s Ball actress’ boyfriends – who is believed to be Wesley Snipes – hit her so hard that he punctured her eardrum. “One guy hit me in the eardrum and I lost 80% of my hearing in my left ear,” she said. Because of this, she requires a hearing aid, but she doesn’t like to wear it because she feels really self-conscious about it.

In 2000, the Emmy-winning actress faced controversy when she was involved in a car collision and left the scene. In an interview with the Today show, she claimed that she was “in a state of mind that did not make [her] responsible in that moment” because of a head injury she sustained; however, she did plead no contest to a misdemeanor charge and was placed on probation, given 200 hours of community service, and fined $13,500.

The Swordfish actress was diagnosed with Type 1 Diabetes back in 1989 after she collapsed on set of the television show Living Dolls. According to her, she passed out on set and didn’t wake up for seven days. “They told me I might lose my eyesight, or I could lose my legs,” she said. “I was scared to death, I thought I was going to die.” To get her health back on track, she started loading up on fresh vegetables, chicken, fresh fish and pasta; got a personal trainer; and began testing her insulin levels a couple of times a day.

In 1993, she was sued by an ex boyfriend from Chicago, dentist John Ronan, for $80,000 that he said that he loaned her between 1989 and 1991 to help launch her career. She contended that the money was a gift and, lucky for her, the judge dismissed the case in 1994 because the dentist didn’t list her as a debtor when he filed for bankruptcy in 1992.

The Introducing Dorothy Dandridge star has been married three times. Her first marriage was to baseball player David Justice; they were married from 1993 to 1996. Her second husband was singer-songwriter Eric Benet, who reportedly cheated on her with numerous women. They were married from 2001 to 2005. Her third husband was French actor Olivier Martinez. They were married in 2013 and then announced that they were divorcing in 2015. Berry has two children, daughter Nahla with Gabriel Aubry and son Maceo with Martinez.

In 1989, when she moved to New York City to pursue an acting career, the Losing Isaiah star ran out of money and had to move to a homeless shelter because her mother refused to help her out financially. “She drove me there, but I don’t think she ever thought it would pan out. After a month or two, I ran out of money and called her. I said, ‘Mom, I hate to ask you this, but could you send me some money? I just have rent money. I can’t eat this week.’ And she said, I’m not going to start this calling home asking mom for money. No. Figure it out or come home.’ I was so mad. I didn’t speak to her for a year and a half.” In the end, Berry realized that her mom did the right thing. “It taught me how to take care of myself and that I could live through any situation, even if it meant going to a shelter for a small stint, or living within my means, which were meager. I became a person who knows that I will always make my own way,” she said.