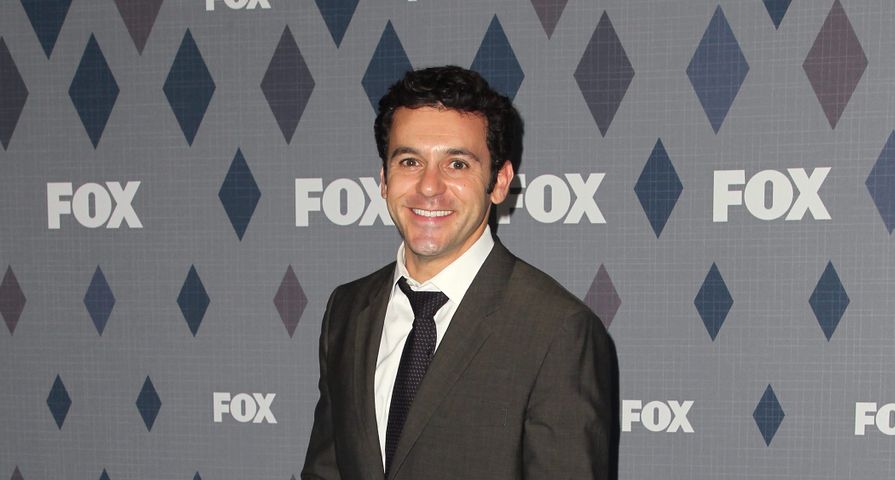 We’ve all heard the stories of child stars gone wild. Lindsay Lohan, Amanda Bynes, Jodie Sweetin – and the list goes on and on. From 1988 to 1992, Fred Savage was the most popular child star on television playing the adorable Kevin Arnold on The Wonder Years. But after the show ended he seemed to just disappear. No, he wasn’t in rehab. Where did he go and what has he been doing? Here are 10 things you need to know about Fred Savage.

10. He Attended College with a Famous Athlete

Savage was 17 years old when The Wonder Years ended. He stopped acting at the time to attend Stanford University. And joining Fred’s freshman class was golf pro, Tiger Woods. In fact, they even lived next door to each other at college. Tiger dropped out of Stanford in his sophomore year to join the professional golf circuit. Fred, however, graduated in 1999 with a degree in English Literature with an emphasis on creative writing.

9. He is a Sought After Hollywood Director

Some of the most successful sitcoms in recent TV history have been directed by Fred Savage. Modern Family, It’s Always Sunny in Philadelphia and 2 Broke Girls are among Fred’s directing credits. “Going to directing wasn’t a reaction away from acting as much as it was a move towards something I always wanted to do. Ever since I was a kid, I was interested in the camera and how it worked and why one director would place it in this part of the room and then another would place it in that part of the room. So I threw myself into it, and that really started to get momentum” he told Rolling Stone. He admits that he would love to have the same career path as Ron Howard. “He’s always been very much a role model of mine ever since I was young. I shot a pilot for Imagine [Howard’s production company] a few years ago, so I worked with him… We don’t hang out nearly as much as I think we should!” he says jokingly. Savage has also directed episodes of That’s So Raven, Hannah Montana and the short-lived series, The Michael J. Fox Show. He has received four Directors Guild award nominations.

8. He Appeared in The Princess Bride

The comedic fairy tale and cult classic was the first on-screen role for Savage. He appeared in the opening scene as the grandson who is being read a book that leads the audience into the fairy tale world of The Princess Bride. One of his favorite memories of appearing in the movie was meeting Andre the Giant. “I have photos of me sitting on his lap when I was a little kid. Yeah, awesome…I was a huge fan. He’s a giant man and I loved the WWF [World Wrestling Federation] when I was a kid. I thought it was so cool” he told Yahoo! Movies. And it was his performance in this movie that got him “discovered” by casting directors and that’s how he eventually landed the iconic role of Kevin Arnold on The Wonder Years.

7. He Made History at the Emmy Awards

The Wonder Years dominated the Emmy’s when it first premiered. After only six episodes, it won the Emmy for Outstanding Comedy Series. But more impressive was that their pint-sized star, Fred Savage was nominated for Outstanding Lead Actor in a Comedy Series. He was only 13 years old and was the youngest actor ever to be nominated in that category. He lost out to Ted Danson from the sitcom Cheers.

6. His First Kiss Was On-Screen

The Wonder Years produced a lot of ‘firsts’ for the young Savage. His first kiss in real life was onscreen with his co-star Danica McKellar, who played Winnie Cooper. During The Wonder Years cast reunion on Good Morning America, Savage recalled, “It was terrifying! It was terrifying. We were both really scared and nervous and didn’t know what was gonna happen or if we were gonna do it right.” McKellar added in an interview with US magazine, ”On set, it was really nerve-wracking because there’s 50 people standing around watching you. The one upside to having your first kiss on camera is that you know for sure it’s gonna happen. You don’t have to wonder! The downside is that you have an audience. That was crazy.”

5. His Siblings Are Both Actors

Fred is the older brother of actors Ben and Kala Savage. All three of them began their careers as child actors. Kala is the middle child and appeared in the soap opera Santa Barbra and the sitcom 8 Simple Rules, but has not appeared on screen since 2007. The youngest of the Savage kids, Ben, is still going strong like his older brother Fred. His first gig was from 1993-2000 playing Corey Matthews in the series Boy Meets World (incidentally, Fred had both a guest starring role in his brother’s series and also went on to direct some episodes). Ben currently stars in the the spin-off series Girl Meets World, playing the same character.

4. He Directed a Dud

Savage directed the 2007 feature film, Daddy Day Camp, the sequel to the 2003 film Daddy Day Care. It was universally panned by critics. Rotten Tomatoes ranked it as #16 in the 100 Worst Movies of the 2000s and it only has a 1% rating on the site. Savage was even nominated for a Golden Raspberry Award (AKA Razzie, an award given for the worst in film) for Worst Director. Although it was a critical failure, it was a huge box office success ranking in $18.2 million worldwide.

3. He Didn’t Date His Wife Until 10 Years After Meeting

Savage met his future wife, Jennifer Stone, in their mutual hometown of Glencoe, Illinois (a suburb of Chicago.) He was 12 years old at the time and becoming a famous TV sitcom star. They lost touch but reconnected a decade later at at Fred’s 22nd birthday. They got engaged in Italy in September 2003. Fred proposed with a 5-carat sapphire and diamond ring with an engraving that says, “I must have done something good.” In lieu of wedding gifts, the couple asked for donations to the Children’s Hospital Cancer Centre of Los Angeles in memory of a mutual childhood friend. Fred and Jennifer have three children – two sons and a daughter.

2. His Children’s School Helped Him Return to Acting

Savage hadn’t appeared in front of the camera in over a decade and had no plans to return to acting either. But a chance encounter with producer Nick Stoller at a school drop-off (both their daughters attend the same school) got the wheels in motion. Stollar asked Savage for a meeting and sent him the script for comedy The Grinder that already had Rob Lowe attached. Savage recalled the meeting to Rolling Stone magazine: ”Did you like it?” “Yeah, it looks great. I would love to shoot it. Let’s talk about it.” And he [Stoller] says “No, this is for acting.” I was like, “Oh yeah, no thank you. That’s not anything I’m interested in doing.” But Stoller convinced him to audition saying that other actors were getting “trampled” in the audition process by Lowe’s presence and thought Savage was one of the few actors that could hold their own. And he was right. ”I didn’t think I missed acting,” says Savage. “But once I started to make people laugh, I enjoyed it.” The Fox legal comedy The Grinder premiered in September 2015, but was cancelled by Fox in May of 2016.

1. He Wants to Add TV Host to His Resume

In February of 1990, Fred Savage got his first hosting gig with Saturday Night Live. At the age of 14, he was one of the youngest hosts in SNL history. And although he has appeared as himself in a variety of show such as Jeopardy! and Seinfeld over the years, he didn’t return to hosting until this year when he joined Kelly Ripa at the Live! co-host desk. He’s made three guest co-host appearances and fans can’t seem to get enough. “Back by the most, and I mean the very most, popular demand is Fred Savage. Last time you were here, I heard from friends of mine I don’t normally hear from who told me how funny you were,” Kelly Ripa said during a recent host chat.