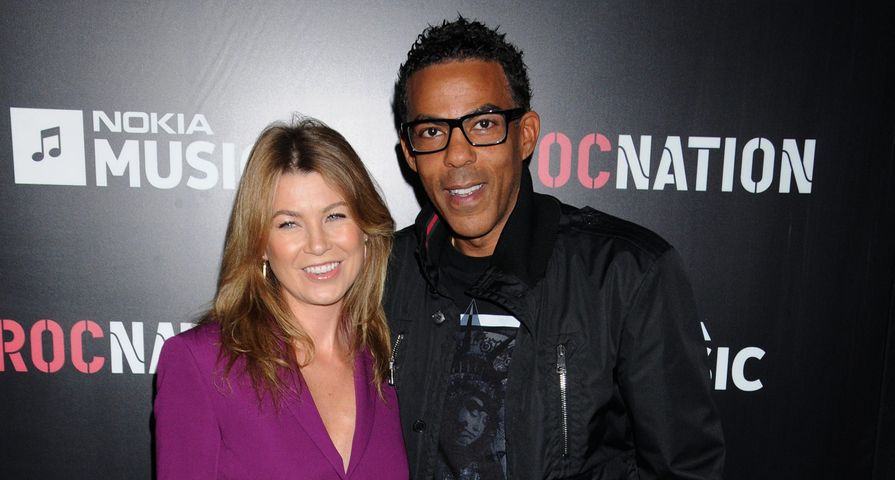 For over a decade now, Ellen Pompeo has starred on one of TV’s most successful shows ever as Meredith Grey on Grey’s Anatomy, and with her skill at staying out of the spotlight, many forget she has a life outside of the show. For over 13 years she has been with music producer Chris Ivery and despite many rumors and supposed scandals the two have stuck together and are stronger than ever with their three children. Get to know the stunning couple better with 10 things you didn’t know about their relationship:

Two years before Grey’s Anatomy premiered, Ellen Pompeo met Chris Ivery while at a grocery store in L.A. After meeting, the two remained friends, but did not actually start dating until six months later when Ivery said, “one night she just looked different to me.” Meanwhile, Pompeo has admitted she knew he was “the one” early in their relationship. “I guess you fall in love and you think he’s the guy right away. Right when you fall in love, you think he’s the guy. You don’t sort of fall into a relationship thinking it’s only going to be temporary,” she explained.

Although they met in L.A. in 2003, the pair quickly learned that they had way more in common than they realized, and it brought them closer together. The two soon discovered that they both grew up just outside of Boston and then found out their childhood homes were only about 10 miles away from each other. “We have a lot in common. We’re from the same hometown almost,” Pompeo stated back in 2007. She has always insisted that because of these coincidences she has always felt they were destined to be together. “We were six degrees our whole lives, so I feel like we were sort of meant to be. We’ll get married eventually, secretly,” she said in 2006.

Back in 2005 when Ashton Kutcher was still the host and Grey’s Anatomy was brand new, Ellen Pompeo was a victim on Punk’d in season six. Ivery was Kutcher’s accomplice in “punking” Pompeo and it definitely worked. Kutcher had Pompeo and Ivery eating at a restaurant with a very attractive waitress and at the end, Ivery tipped the waitress a huge amount of money for no reason. The ploy worked and Pompeo became extremely angry with both Ivery and the waitress before realizing it was all a setup.

In November 2006 on Pompeo’s 37th birthday, Ivery finally popped the question with a stunning 3.5-carat diamond ring. Pompeo said she was surprised, but felt it would be coming soon. “Chris and I have been together for four and a half years, so I was completely surprised, but not that surprised. We’ve been together awhile,” she said at a gala shortly after becoming engaged.

Before she was even engaged, Pompeo insisted that she and Ivery would be married in secret and she didn’t change her mind after their engagement, teasing, “There will be no ‘big’ anything. It’s going to be very small.” She added, “We were thinking about going away and getting married.” In fact, in November 2007 the two left L.A. for New York and were married in a small ceremony where New York City Mayor Michael Bloomberg served as their witness and the ceremony was performed at City Hall by a city clerk. After the inconspicuous union, the pair took in a New York Knicks game at Madison Square Gardens before returning to Hollywood so Pompeo could continue filming Grey’s.

Despite now being together for over 13 years, Ellen Pompeo and Chris Ivery’s entire relationship has been consistently plagued by rumors of cheating and scandal. In 2009, it seemed like Pompeo’s worst fears from her episode of Punk’d had come true when a Boston waitress Rachel Artz came forward saying she had slept with Ivery “several times.” Pompeo’s rep denied the affair and the couple powered through together and then in 2012 more rumors made headlines when Ivery was apparently openly hitting on a 26-year-old woman at a Guns N’ Roses concert. An “eyewitness” stated that “Chris was very persistent,” and asked the woman for her phone number a number of times and also asked her to go home with him multiple times, but she didn’t do it. As before, Pompeo and Ivery ignored the rumors and have continued to live happily in their relationship together.

Two years after their wedding, Pompeo gave birth to the couple’s first child, daughter Stella Luna, in 2009. Then in 2014 they welcomed their second daughter, Sienna, via a surrogate and kept the birth a secret for two months before making their big announcement. They surprised everyone once again in December 2016 when they welcomed their third child, and second by a surrogate, a boy named Eli Christopher. Upon the super secret birth of their daughter Sienna, Pompeo said, “She was born two months ago. I’ve done it before. The covert thing is kind of fun. This baby was born via surrogate, so I felt an obligation to keep the surrogate’s privacy. It was of the utmost importance to me.”

While everyone is aware that Pompeo has become one of TV’s highest-earning actresses thanks to her long-running role on Grey’s Anatomy, much less is known about Ivery’s career. Chris Ivery is Harvard educated and works as a record producer, and also has his own millions. Together Pompeo and Ivery have an estimated net worth of $45 million. Of that incredible amount, Ivery brings an estimated $10 million to the table through his work and Pompeo brings in the remaining $35 million.

When Pompeo and Ivery first met, Grey’s Anatomy was still two years away from its premiere, but when it did, Ivery had to contend with his wife becoming one of TV’s most popular actresses, as well as her iconic romantic storyline with Patrick Dempsey’s character. “My husband is a fantastic guy, and very, very secure. I think that’s probably why I’m so into him — because he’s got so much swag. He’s just so secure that just nothing shakes him. If it does shake him, I wouldn’t know,” Pompeo said. “In the beginning, I started dating him before the show. So it was new — he had never dated an actress before who was doing this kind of thing, so I didn’t know how he would react. Patrick and I’s scenes in the beginning of the show, it was going down — it was intense,” she told Queen Latifah of Ivery getting used to her on-screen chemistry with Dempsey.

Although the couple welcomed their first daughter naturally, the pair have welcomed their last two by surrogate and while Pompeo has never explained why they have used surrogacy, she did open up about the process. In 2014, she discussed surrogacy with Jimmy Kimmel when he joked, “Pardon my ignorance on this. When you have the baby through a surrogate, does your husband, uh, visit her in the motel room?” Pompeo explained, “No, no. I was present for the insemination. I held her hand. So they take the sperm… medically. Chris Ivery has to do what he has to do, and provide what he has to provide. I had to provide something as well… You have to retrieve the egg. And then they put it together in a dish — the lab technicians — and then they make the embryo. Then they insert the embryo into the woman who will carry the child.” She added she is very grateful for her surrogate. “This is an incredible thing to do with your life, to give the gift of carrying someone’s child. I am forever grateful and feel very blessed and grateful to her — she who will remain anonymous.”