Home » Entertainment » Celebrities » Things You Might Not Know About Chris Hemsworth 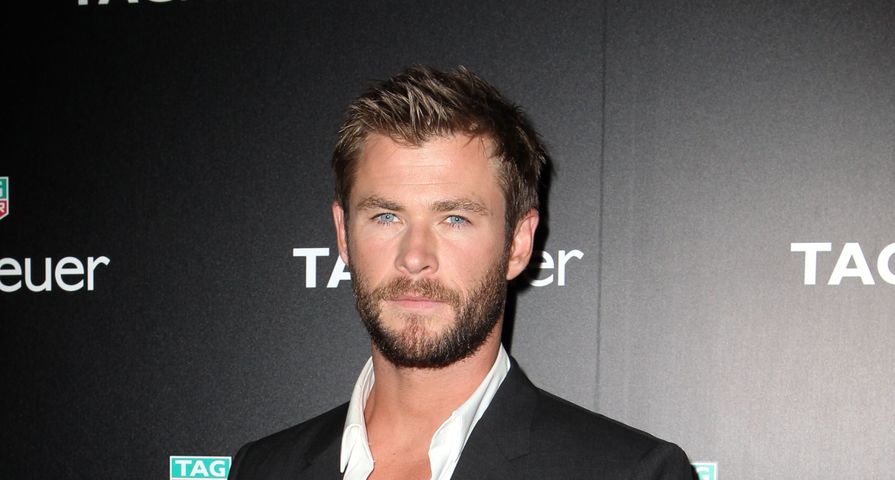 There is no one in the entertainment industry that does not know who Chris Hemsworth is. His career in Hollywood has skyrocketed the handsome actor to the top of the A-list and it now seems like he is everywhere, and we are definitely not complaining! Although he has starred in some of the biggest blockbusters of the past few years and is always in the spotlight, Hemsworth actually likes to stay very private and has gotten very agitated with L.A. and Hollywood life. There is so much more to the star than his iconic roles, so check out 10 things you didn’t know about Chris Hemsworth.

Chris Hemsworth was born on August 11, 1983 in Melbourne, Australia, to Leonie and Craig Hemsworth. His mother was an English teacher while his dad was a social-services counsellor, and he is the middle brother of Luke and Liam Hemsworth. He grew up in the Australian Outback in Bulman, North Territory, which was a few hours drive from the nearest major city.

Before hitting it big in Hollywood, Chris began his acting career by appearing as King Arthur in the series Guinevere Jones. He went on to have small parts in Neighbors, Marshall Law, The Saddle Club and Fergus McPhail before starring in the popular Australian soap opera Home and Away. This led to his appearance on the fifth season of Dancing With the Stars Australia in 2006, but was eliminated after six weeks. At the time, acting wasn’t exactly paying the bills and, among other odd jobs, Chris once worked at a Pharmacy cleaning the breast pumps that were rented out to new moms.

When Hemsworth finally moved to L.A. to fully pursue acting, it didn’t take long for him to land a small yet substantial role. In 2009, Chris appeared in the opening sequence of the massively popular Star Trek reboot film as George Kirk, the father of James T. Kirk. He was then cast in A Perfect Getaway and Ca$h and by 2010 The Hollywood Reporter named Chris as one of the young male actors who was “pushing or being pushed” into the Hollywood A-List. Regardless, he was flung into it after starring in 2011’s Thor.

For someone who only has 34 acting credits to his name and has only been in the Hollywood forefront for six years, Chris Hemsworth already has a whopping net worth of $60 million. This of course largely due to his role of Thor which has taken him through stand-alone movies, as well as the super successful Avengers franchise.

Initally, Hemsworth moved to L.A. to make it big and, after reaching such phenomenal success, he realized he no longer needed to be there to do his work. In early 2016, Hemsworth and his wife made the decision to move their family back to Hemsworth’s native Australia, which isn’t too surprising give how negatively the actor speaks about Hollywood and L.A. life. “L.A. is a tough place to get around with kids. There’s not a whole lot of foot traffic. It was all about loading up the car and car seats. Here [Australia], we just walk out the door and head to the beach down the street. It’s a much more simple life.” He added, “We were living shoulder to shoulder in the suburbs and thought that’s not how we want our kids to grow up. Moving to a kind of farm setup back here on the coast in Australia has been the best thing.”

Speaking of, to the dismay of many adoring fans, Chris Hemsworth is in fact very happily married with children. He and wife, Spanish model and actress Elsa Pataky, had a somewhat whirlwind relationship, but it has been nothing but true love. They initially met through their American management team ROAR and began dating in early 2010. They dated for five months before becoming engaged and were only engaged for five more months before marrying on December 26, 2010. They welcomed their daughter India Rose in 2012, and then twin sons, Tristan and Sasha, in 2014.

He may not be a fan of the hustle and bustle of L.A. or the paparazzi, but he has made quite a few celebrity friends. Some of his closest friends include his Avengers co-star Chris Evans, as well as his on-screen brother, Tom Hiddleston, who plays Loki, and he is also good friends with Sienna Miller and Matt Damon. For an article on the star in 2014, a writer from GQ met up with Hemsworth to go mountain biking, and found himself at Matt Damon’s house. He wrote this hilarious anecdote about the actors and their friendship: “I follow Hemsworth inside, through the living room, into the kitchen, and it’s only then that I realize I’m standing in Matt Damon’s house. The giveaway is Matt Damon, perched on a countertop in his kitchen, sipping coffee as his family buzzes around. Despite the thirteen-year age difference, Hemsworth and Damon are tight—like, annual-family-trip-to-Costa-Rica tight. ‘We became friends around the time I started to work, and I’ve really benefited from watching how he handles himself,” says Hemsworth. “Matt’s just a normal guy who has the movie-star thing figured out.’ And now Matt is our bike guy.”

2. What His Mom Thinks

Growing up in the Australian outback with two brothers has led to a lot of stories about how rough, rugged and manly the Hemsworth guys are, but their mother says Chris is much more sensitive than he lets on. In an interview with OUT a few years ago, Hemsworth stated, “My mum always used to say to me that, out of her three boys, ‘Chris, you were the girl.’ I’d speak to her about far more things than [my brothers] would and far more things than she needed to hear about, too. I was a chatty kid.”

Another strange family portrait to add to the mix. #dressmaker #premier #wheresluke?

Chris Hemsworth is outdoorsy and loves being active; however, he has a true passion for surfing above all else. In a video with Surfing Life entitled, “The Man Who Only Dreams of Surfing,” Hemsworth revealed that one time his dad went out surfing and ended up surfing with superstar surfer Kelly Slater. Chris was so upset that he didn’t go that he cried when his dad told him. Aside from that, he still says his favorite place in the world to be is surfing with his brothers in Australia. “Sitting on our boards out in the ocean beyond where the waves break waiting for the next set, you can forget about everything. It’s a great place to talk and have a laugh.”