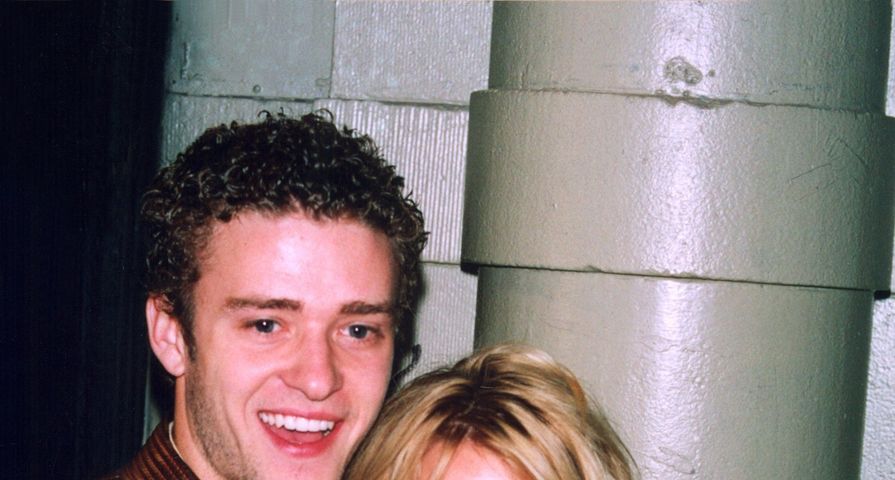 From 1999 to 2000, Britney Spears and Justin Timberlake were pop music’s royal couple. They were young, beautiful, and totally in love. Even before the days of social media, Britney and Justin had a high-profile relationship that people loved to follow. But like their romance, their breakup was just as public and incredibly messy. We thought it would be fun to travel back to the days when we dreamed of having a relationship as sweet as JT and Brit’s, so here’s 10 things you may have not known about the couple.

Britney and Justin first met when they worked on the Mickey Mouse Club together in the 1990s. In a lost interview from The Frank Skinner Show in 2000, Britney told the host how they got together. “We weren’t like boyfriend or girlfriend there [Mickey Mouse Club], but we really liked each other.” Skinner asked if they kept in touch after they were finished the show. Britney replied, “We kind of kept in touch at the very beginning, but then after 3 months we stopped talking. And then we saw each other again. He was doing promotional stuff for ‘NSYNC at a radio show, and he came backstage and I was there. He knocked on my door and then we saw each other, and ever since then we’ve been going out.” In 2001, she couldn’t help but gush about Justin to The Observer: “When people get too personal, it bothers me. But I’m not ashamed at all to say that I love him from the bottom of my heart. As far as love is concerned, with him, too much is not enough. He’s everything.”

The two of them were ridiculously cute together, and weren’t afraid to put their romance on public display. Britney once revealed that Justin used rose petals to spell out her name for her birthday. And during the filming of Britney’s 2002 roadtrip film Crossroads, it was clear that the pop singer had her boy on her mind. The film’s director Tamra Davis said Britney would doodle in her character’s notebook. “I have the book. All she was writing was ‘Britney and Justin,’ all these little curlicues. It was like looking at a teenage girl’s musings – hearts and butterflies and Justin’s name.”

Everett Collection
Things You Might Not Know About Harry Connick Jr. And Jill Goodacre's Relationship

To this day, fans are upset that the two of them split. Even director Tamra Davis laments that they’re no longer together. “It was just the most beautiful relationship, seeing the two of them together and how love-y they were. They were just so close, and she was such a supporter of his. He worked just as hard as her,” she recalled. “It was like, she would be doing rehearsals and he would be doing rehearsals. They really knew that life together.”

But by 2002, things went south for the pop couple. The story goes that Britney cheated on Justin with choreographer Wade Robson and tried to hide it. Several reports say that it was Robson that broke the news to Justin, which left him heartbroken. In a 2003 interview with Rolling Stone, Justin said this was the third time he had been cheated on, and it left him feeling skeptical about future relationships. “If I’ve lost my trust in someone, I don’t think it’s right for me to be with them. I’m not going to let my baggage with somebody else become my baggage with a new person,” he revealed. “But I’ll tell you, man, I have little, little hope. Three strikes. Little hope.”

Justin’s actions post-breakup were considered in poor taste. After the split, Justin did a radio show where he talked candidly about his sex life with Britney. He also revealed intimate details on 20/20. Understandably so, many people were upset that he disclosed this information about his relationship with Britney. The boybander was clearly hurting but didn’t respond in the best of ways. He told Rolling Stone, “When we were together it was bliss,” he said. “Like something from a damn fairy tale. But right now, I just don’t see – it’s just so hard. So hard. I’m the type of person, if I’m not exactly sure about something, then I’ll wait it out and see. I may not ever get over her. That’s why I’m kind of chilling. I’m waiting to see. I do have to come to the realization that I might never.”

Justin’s admissions brought Britney down with him, as previously the singer said she was remaining celibate until marriage. She felt she had to set set the record straight. “It was two years into my relationship with Justin. And I thought he was the one. But I was wrong,” she told W magazine in 2003. “I didn’t think he was gonna go on Barbara Walters and sell me out.” Britney had a hard time with the split too, but later realized it was for the better. “The most painful thing I’ve ever experienced was that breakup. We were together so long, and I had this vision. You think you’re going to spend the rest of your life together. Where I come from, the woman is the homemaker, and that’s how I was brought up — you cook for your kids. But now I realize I need my single time. You have to do your own thing.”

Adding fuel to the fire was Justin’s music video, “Cry Me A River,” a song about a man getting back at his girlfriend for cheating. The video had a look-a-like of Britney Spears with her signature newsboy cap, and included a fairy figurine that resembled the tattoo she had on her back. Justin sang, “You don’t have to say, what you did/ I already know, I found out from him/ Now there’s just no chance, for you and me, there’ll never be/ And don’t it make you sad about it.” Yet Justin tried to play it off as if the video wasn’t personal. “When people blew it way out of proportion, I didn’t want things to get misunderstood. She [Britney] was cool. We’re cool,” he said. “I haven’t spoken to her directly about it, because that’s my career, and I don’t speak with people in my personal life about my career, but I can tell you that we are cool. There’s no hard feelings. What is all the fuss about? If anybody is the bad guy in the video, it’s me.”

3. Her Side Of The Story

Britney had a different version about how things went down with the video. In an interview with Rolling Stone, she revealed, “He called me up and asked me if it was OK. I can’t believe I’m telling you this right now. But who cares. He called me up and wanted to supposedly get back together or whatever, but behind it was, ‘And by the way, you’re in a video that’s coming out.’ That kind of got slipped in. ‘Don’t worry about it. It’s not a big deal’ [he said].” Britney told him to go ahead with the video, even though she didn’t know what it was about. “I hadn’t seen it. Then it came out, and I said, ‘I should’ve freakin’ said no to this s–t!’ I was so like, ‘Whoa. What is going on right now?’ But, hey. And I said, ‘Why did you do this?’ He goes, ‘Well, I got a controversial video.” And I was like, ‘You did. Yay for you.’ So he got what he wanted. I think it looks like such a desperate attempt, personally. But that was a great way to sell the record. He’s smart.”

Since their big blowout, the two of them have kept their distance. A few years ago, Justin told Vanity Fair, “I wish her all the best – that goes without saying. We haven’t spoken in nine or 10 years.” Reflecting on the relationship he said, “We were two birds of the same feather – small-town kids, doing the same thing. But then you become adults, and the way you were as kids doesn’t make any sense. I won’t speak on her, but at least for me, I was a totally different person.” He also said their lives at that time didn’t allow for a stable relationship. “I just don’t think we were normal; there was nothing normal about our existence. We spent too much time being the biggest thing for teenyboppers.”

Britney has also changed her attitude towards her ex, even going so far as saying she’s inspired by him and the music he creates. In 2013, she told USA Today, “Justin Timberlake [is so different and fresh]. It’s inspiring for me, and it makes people eager to listen to music, which helps everyone.”