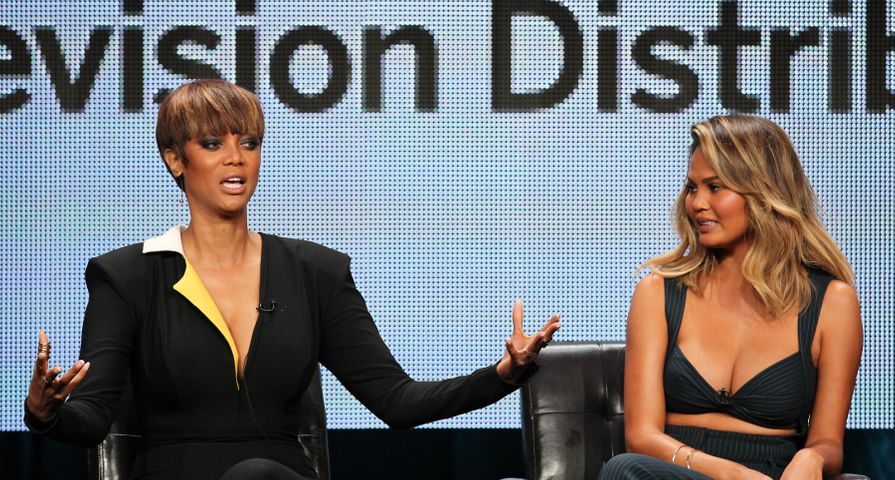 Of course, in the world of celebrity, there are always fights between rivals competing for that top spot of popularity. But sometimes the media pits celebs against each other simply because they know how much we enjoy the cat fights and gossip. This list countdowns the feuds that have been blown out of proportion for the sake of our (very real) entertainment.

Back in 2014, Prinze lashed out at Kiefer Sutherland for being “the most unprofessional dude in the world.” After working with Sutherland on season eight of the series 24, which premiered in January 2010, Prinze waited years before saying anything negative about the leading man. Sutherland’s rep responded to the statement, saying, “Kiefer worked with Freddie Prinze Jr. more than five years ago and this is the first he has heard of Freddie’s grievances. Kiefer enjoyed working with Freddie and wishes him the best.” Yawn. The end.

Back in 2002, Jon Voight told Access Hollywood that his daughter Angelina may have “mental problems” and that she should seek out professional help. This obviously didn’t go over very well and the unhappy family seemed to fall apart, with Jolie legally removing Voight from her name. These two have since been able to patch things up though, and Jon has been spotted happily playing grandpa to the Jolie-Pitt litter.Everett Collection / Shutterstock.com

Last year, fans were shocked when Demi unfollowed Selena on Twitter. We just couldn’t wrap our heads around it. Demi refused to give a full explanation as to what happened to their 10-year friendship, “I plead the sixth if that’s in the game” she replied after pleading the fifth to another question. “I think it’s just one of those things where people change and people grow apart.” The two have recently seemed to rekindle their BFF status, posting a silly selfie on Instagram for the world to see.

This feud was sparked when Perry tweeted the infamous words, “using blasphemy as entertainment is as cheap as a comedian telling a fart joke” on the same day that Gaga released the controversial music video “Alejandro.” The tweet was taken as a direct attack on Lady Gaga and the media reports spun out of control. Katy denied the allegation and stated, “I’m the hugest Lady Gaga fan, but I’m also the hugest Jesus Christ fan!” The “but” in there doesn’t sound super convincing and Perry has since seemed to mock Lady Gaga in performances, throwing up blue and green paint after Gaga’s infamous vomiting routine at SXSW. It would seem that Perry has at least been influenced by Gaga, similarly dying her hair green and riding a mechanical horse…which Gaga was sure to point out. Either way, it would seem that the feud is exaggerated and is perhaps more aptly categorized as healthy competition.

The host of The Late Show with David Letterman was known for his jabs at celebs, but some of these spurred out controversies. Letterman’s joke was made after the Palin family attended a baseball game in New York. He said “there was one awkward moment during the seventh-inning stretch” when Palin’s daughter “was knocked up by Alex Rodriguez” (a player highly criticized for his sexual exploits). Palin responded in a statement: Willow Palin, her 14-year-old daughter was the only daughter to attend the game. Sarah said that Letterman’s sexual comments about a 14-year-old girl were “disgusting.” Letterman responded by saying that he was obviously referring to Bristol Palin, Sarah’s then 18-year-old daughter, who had recently given birth out of wedlock. Palin went on to NBC’s Today Show and demanded Letterman apologize. Palin supporters were even prepared to rally outside of Letterman’s studio. Letterman apologized saying that it was a “bad joke” and that the misunderstanding was his fault. Palin accepted his apology, and the whole matter was laid to rest.

These two have seemed to be in constant bicker-battles over the years because of Justin Bieber. According to media reports, Justin has been spotted with Kendall while his beloved girlfriend, Selena was patiently waiting for him in their Los Angeles mansion. Kendall denies the allegations, instead stating that they’re just great friends. Selena and Justin have had an on and off again relationship, but according to reports, the Biebs has left his life of debauchery behind him and is moving forward, once again with Selena. He’s becoming a more PR friendly human being. We’re sure Team Jelena will get at least one more round!

The feud between these two all started when Kanye jumped on stage and interrupted Taylor’s VMAs acceptance speech, but the pair have seemingly put the past behind them. At the 2015 Grammy Awards, Swift was seen being buddy-buddy with Kanye and his wife, Kim Kardashian. Swift also posted a picture on her Instagram of flowers sent to her from Kanye! Aww, how sweet! Perhaps these two have been able to lay the feud to rest, but could T-Swift really be a Kanye 2020 supporter?!

Before the show FABLife had even aired, these two leading ladies were said to be at each other’s throats. It’s been leaked that in the very first episode, which premiered September 14, host Tyra Banks spills red wine all over fellow presenter Chrissy Teigen’s white dress! Meow…or not! When the models took the stage for a panel discussion with the Television Critics Association, the women laughed and joked, while Chrissy often bursts into giggle fits. The women got along famously and their chemistry was undeniable. This is a prime example of media mongering.

Meek Mill was said to have been furious when he released his album and didn’t see any Twitter love from industry bud, Drake. He was so upset by the supposed diss that he went on to say that Drizzy has ghostwriters writing his raps for him. As it turns out, Drake just wasn’t on Twitter that week, and there was apparently no beef on his end. This hasn’t stopped the media whirlwind from spiraling out of control, and the feud may actually be real now. When a fan brought a Drake banner to a Meek Mill concert, Meek was sure to call the concert-goer out, dropping f-bombs, and even the n-word. I guess Meek has yet to bury the non-existent hatchet.

These two seemed to fight like cats and dogs as fellow judges on American Idol, but this a “feud” was entirely manufactured by producers to up the show’s ratings. While the pair may not be BFFs, having clashed while working on their music video, Up Out my Face, they were constantly put against each other for the sake of Idol viewer’s entertainment. Nicki has acknowledged the way the pair were shown interacting on the show, implying that things were shown out of context. She has stated that she does not have any bad feelings towards Mariah and that they both respect one another. Is it just me, or is that kind of disappointing?