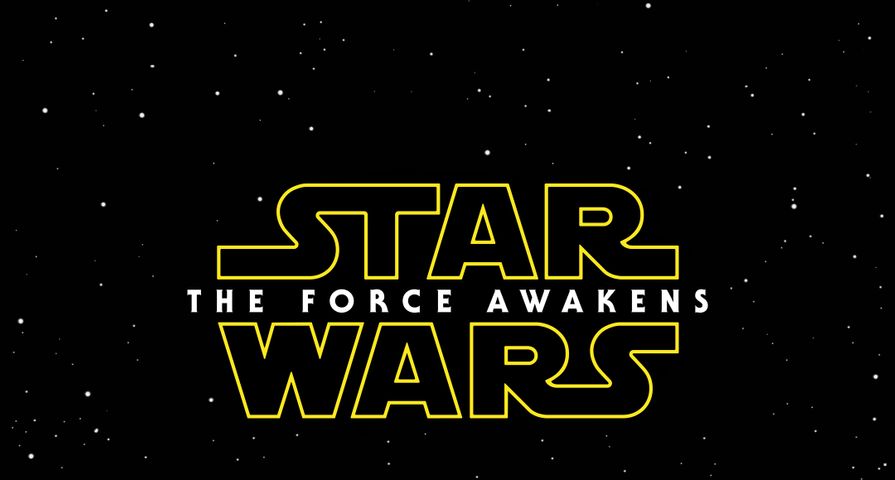 The 2014 movie season is wrapping up, and with only a few big movies left for release – Exodus: Gods and Kings and the final Hobbit film this December – all eyes are turned to what Hollywood will bring in 2015. Overall, 2014 was a good year for movies and so far 2015 is looking a little sparse in comparison now that Batman v Superman has been pushed back to 2016. That being said, there are still a fair number of heavy hitters arriving next year. There’s a new Avengers film, a new James Bond, and a new Star Wars, just to name a few. There are many more films to look forward to than just the following 10 but these represent the most anticipated of 2015.

The Wachowskis are super talented directors who like to create original movies (refreshing given the overwhelming number of adaptations crowding the market) but their films don’t seem to get the recognition they deserve ever since they released the disappointing Matrix sequels over a decade ago. Their last film, 2012’s Cloud Atlas, was an incredibly ambitious science fiction piece that failed to light up the box office. Jupiter Ascending however might be just the film to change the siblings’ fortunes. Starring Channing Tatum and Mila Kunis, Jupiter Ascending is a space opera through and through, with a mix of different races and interplanetary politics dominating the proceedings. It looks weird, to say the least, but given the popularity of 2014’s Guardians of the Galaxy, another space opera of sorts, weird movies are definitely in right now.

Not much is known about the next Mission: Impossible at this point but judging by its track record, it’s a safe bet that it’s going to be good. The principal cast of the last movie, 2011’s Ghost Protocol, are all set to return, with Tom Cruise reprising his role as IMF agent Ethan Hunt. Directing duties this time out are being handled by Christopher McQuarrie, whose last film was the criminally underappreciated Edge of Tomorrow, which coincidentally also saw Cruise in the lead role. The Mission: Impossible franchise is rather unique in that every film has had a different director, meaning that each outing has felt different from the previous one. It remains to be seen what kind of spin McQuarrie will put on his Mission: Impossible but it will definitely be a must-see. Mission Impossible 5 is set for release in December 2015.

Pixar has sat the last few years out in terms of meaningful releases. 2011 gave us Cars 2, a sequel designed to sell more toys if there ever was one, 2012 saw the good but not great Brave in a Disney-Pixar joint effort, and 2013 was the unneeded prequel Monsters University. Pixar, in one way or another, appears to be aware of this minor slide and are set to deliver 2 feature films this year, Inside Out in the summer and The Good Dinosaur in the fall. Right now, Inside Out looks to be the more interesting and imaginative of the two, a seeming return to form for the legendary animation studio.  Set inside a young girl’s body, the film’s characters are feelings brought to life, like Anger and Fear. Given the strength of the premise alone, Pixar is on track to recapture the animation segment it has dominated for so long.

The last entry in the Hunger Games franchise, Mockingjay- Part Two will bring some much-needed closure to the epic conflict between the rebellious citizens of Panem, led by series protagonist Katniss Everdeen (Jennifer Lawrence) and the Capitol that subjugates them. Much like the last entry in the other enormously popular young adult film franchise Harry Potter, Mockingjay was split into two films, with Part 1 released this year. Given that Part 1 is on track to be the 2nd highest grossing movie of the year, it’s a reasonably safe bet that Part 2 will end up being one of the biggest movies of 2015. Hopefully, Part 2 will enhance the viewing experience of Part 1, which aptly only felt like half a movie with its abrupt ending.

A live-action retelling of the classic animated Disney film, Cinderella is practically guaranteed to be a hit, especially given that it will go practically unchallenged at the box office thanks to a March release date. Cinderella has a lot going for it: it’s a well-known and beloved story already, it looks to have a great cast – in particular, Cate Blanchett looks like she’ll own the film with her turn as the wicked stepmother – and it has a talented director in Kenneth Branagh. Branagh is a classically trained Shakespearean actor and will undoubtedly use his clout and talent to nail the emotional scenes.  All the pieces are in place to make Cinderella a successful rendition of the classic fairy tale. All that remains to be seen now is whether it turns out to be a good film.

The making of the latest entry in the Fast and Furious franchise has been tumultuous to say the least. Obviously, the tragic death of actor Paul Walker in December 2013 disrupted the film’s production as the movie was only halfway through filming when news of Walker’s death broke and changes were needed to address this. Besides the economic impact, Furious 7 will surely be tinged with emotion given Walker’s close connection with the series and his friendships with the film’s cast. The Fast and Furious franchise is enormously popular and given the overall quality of the last two films in particular, it is likely that director James Wan will deliver a gripping action movie and a fitting send off for Walker’s character.

2015 is set to deliver many new films in popular franchises, and while Jurassic World may not be the most anticipated, it definitely has a lot going for it. Chris Pratt, fresh off his incredible stint as Hollywood’s new favourite leading man of 2014, is starring, which should only help its appeal. Infamously trapped in development hell for over a decade, Jurassic World is unfortunately not being directed by Steven Spielberg (he is an executive producer though), but it is doubling down on elements that made the original film so special: awesome dinosaurs and humans messing with things they shouldn’t. The focus this time looks to be on a new batch of hybrid dinosaurs, which should lead to some epic confrontations. Whatever the finished product ends up looking like, Jurassic World will surely be a must-see.

A movie year can be sorted into two different categories: those with a new Bond film being released, and those without. The years that feature a new Bond are definitely the better of the two. As the title suggests, Spectre will resurrect the villainous organization that had a significant presence in the earlier Bond movies. Daniel Craig is returning as agent 007 and Skyfall director Sam Mendes is back as well. Hopefully, the team working on this film take what worked in Skyfall (almost everything) and toss out what didn’t (the rape undertones). If Spectre can successfully bridge the gap between old Bond conventions and the modern sensibilities that have made Craig’s run on the series so memorable, it could become the best film since Casino Royale.

2. The Avengers: Age of Ultron

It’s getting to the point where a new Marvel movie is being released every few months but if the trailers for Age of Ultron are any indication, this is not a bad thing at all. Reuniting all the world’s mightiest heroes again for the first time since 2012, Age of Ultron is shaping up to be a darker film than what we’re used to. The film’s villain, a sentient robot called Ultron bent on human destruction, looks to be the most menacing villain the Marvel cinematic universe has ever produced. Joss Whedon has directing duties once again, which virtually guarantees the movie will be of high quality given his stellar work in doing the impossible with the first Avengers. If it was any other year, this would probably take the top spot for most anticipated; however, there is one film that has it surpassed.

Even taking into account the failures of the prequel trilogy, the anticipation for the next Star Wars movie is at a fever pitch. The teaser trailer released at the end of November had more online views than even the Age of Ultron trailer, which should give a clue to just how popular this film will be when it is released next December. Set 30 years after 1983’s Return of the Jedi, The Force Awakens is set to appeal to every possible demographic of the Star Wars fan base. Original lead actors Mark Hamill, Carrie Fisher, and Harrison Ford are all reprising their iconic roles, which will delight fans of the original trilogy, and a new cast of talented up-and-comers should help to lure in a younger crowd. The hype is so intense for this film that if it doesn’t shatter a box office record, it will be a true surprise.