10 Independent Films You Must See 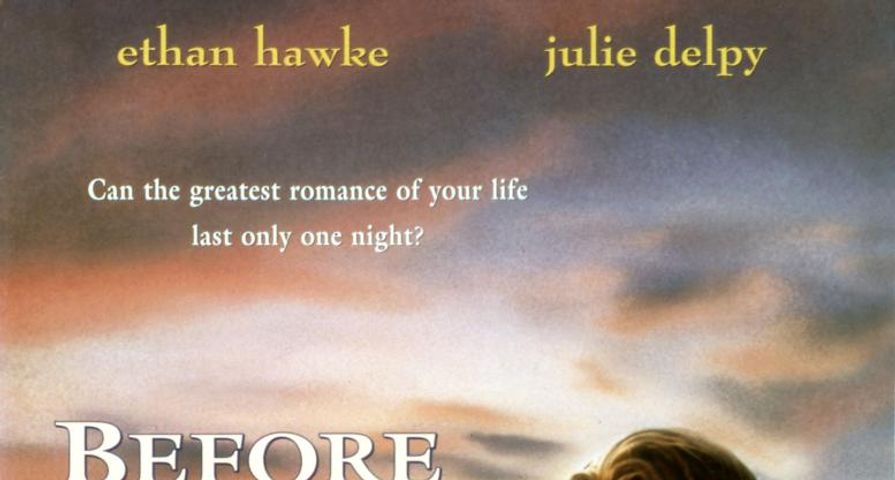 In the realm of cinema, there are a host of films that people put on a “must see” bucket list of sorts, but oftentimes, the indie darlings get lost in the shuffle because their budget was small, and their marketing budget was even smaller. Sure, it’s presumptuous to believe any particular reader wouldn’t have seen any or all of these films, but they’re definitely in a category of forgotten, or undiscovered treasures. Here are 10 wonderful independent films from the contemporary era that you should definitely see!

Hard Eight is the film that introduced Paul Thomas Anderson to the niche elite of the filmmaking world. After dropping out of NYU film school, because he preferred cutting to the chase, P.T. Anderson began to compile his work in written form, and make some solid connections through the Sundance Institute. His first feature, Hard Eight, was done in conjunction with the Sundance Laboratory, and provided for the first pairing of Anderson, and cinematographer, Robert Elswit. Together they have gone on to make movie magic in films such as Boogie Nights, Magnolia and Punch Drunk Love. But it all started with Hard Eight — which was originally entitled, Sydney.

Before Miles Teller and Shailene Woodley became rivals in the Divergent series, they played one of the greatest on-screen, tween couples that few people know about. The Spectacular Now was quite well received in the realm of indie film, and it serves as a delightful throwback to the high school dramas of the 1980s. It has more substance than style, and served as a welcome departure from films like Twilight. Beginning with a stellar script written by Scott Neustadter and Michael H. Weber — based on the novel by Tim Tharp — and the perfect casting of Teller and Woodley, The Spectacular Now is one of those indies that served as a little bit of lightning in a bottle.

Bottle Rocket was Wes Anderson’s first feature film, and it was a bold declaration of Anderson’s signature style. It was the perfect vehicle for an artist who relies on ingenuity more than money in a budget. Anderson was a young man with great imagination making a film for very little money… a recipe for independent gold. Bottle Rocket served to advance the career of Anderson, but also introduce Luke and Owen Wilson to film audiences. The story is deliciously odd, and offered a taste of what the future would hold for this autuer. It may also be Owen Wilson’s best work.

Gus Van Sant, who may be best known for directing the Matt Damon/Ben Affleck Oscar-winning drama, Good Will Hunting, got back to his cinema verite roots with Elephant. Mesmerizing, terrifying, sobering and full of commentary without judgment, Elephant takes place in an ordinary high school over the course of a single day when tragedy strikes. It is dramatic storytelling at its best, where circumstance leads to conflict, rather than trite dialog presenting unnecessary exposition.

A follow up to the indie darling, George Washington, All The Real Girls served as North Carolina filmmaker, David Gordon Green’s, second feature film. It is, at its essence, a series of vignettes, steeped in character relationship and somewhat ignoring the traditional three act structure of most films made for theatrical release. Not enough can be said about the ensemble cast, led by Paul Schneider, Patricia Clarkson, Zooey Deschanel and a completely unknown Danny McBride, long before he was Eastbound & Down.

Who wouldn’t want to find a magical teapot that dispensed money? Probably anyone who understood that the cash came at a significant cost of bodily harm. An indelible look at a metaphor for life’s greatest pitfalls, nearly everything seems appealing before it consumes and potentially destroys. In The Brass Teapot, this lesson is told through dark comedy starring two of the most charming, and underrated actors of their generation: Michael Angarano and Juno Temple. It is not a perfect piece of cinema, but it is wonderfully satisfying and certainly makes writer/director, Ramaa Mosley, one to watch in the future.

New Zealand filmmaker, Taika Waititi is a fascinating man. A native Maori, his sense of humor is just off of center, and so luring it’s impossible not to dive into the worlds he has created. In a way, he pieces stories that are similar to, yet a little less refined than a filmmaker like Wes Anderson. He enjoyed a serious industry nod with his first film, Eagle Vs. Shark, but his follow up, Boy, is something truly special. Set in his native New Zealand, Boy dives into complex familial relations through humor, and the incredible imaginings and curiosities of a child. At its essence, it is full of sentiment, and the struggles of humanity when dealing with tragic loss and unmet expectation.

Another offering from David Gordon Green, Snow Angels is a hard-hitting drama, full of surprise from the get-go. Starring the most mundane version of Kate Beckinsale ever captured on camera, as well as Sam Rockwell (at his absolute finest), Michael Angarano and Olivia Thirlby, it serves as another of Green’s interwoven story lines featuring characters who somehow become deeply integral in the lives of strangers. It presents a wonderful juxtaposition of life’s simple joys and definitive tragedy.

Debra Granik set her drug-fueled drama in the bleak winter of the Ozark Mountains, and took Jennifer Lawrence from the realm of TV sitcom, and turned her into an indie darling, soon-to-be Hollywood heavyweight. For those who are under the impression that Jennifer came out of nowhere to enjoy wild success in The Hunger Games series, before winning an Oscar and being nominated for another working with David O. Russell, she played the incredibly rough around the edges, not to be deterred, Ree, in Winter’s Bone. The film was adapted from the novel of the same name by Missouri native, Daniel Woodrell.

For any critic who doubted the boldness of filmmaker Richard Linklater after seeing Dazed and Confused, they didn’t need to wait much longer for him to reiterate how courageous he was in cinematic storytelling. In 1994, A year after enjoying the unexpected success and cult following of Dazed and Confused, Rick Linklater wrote a walk-and-talk to star Ethan Hawke and Julie Delpy. Before Sunrise is a film that has gone on to spawn two sequels about the magical connection between two individuals who met on a train in Europe. Set in Vienna, Austria, this unabashedly romantic film follows characters Jesse and Celine throughout the course of a single evening, before they part ways the following day. In hindsight, Linklater’s script reads as prophetic when addressing the new millennium.