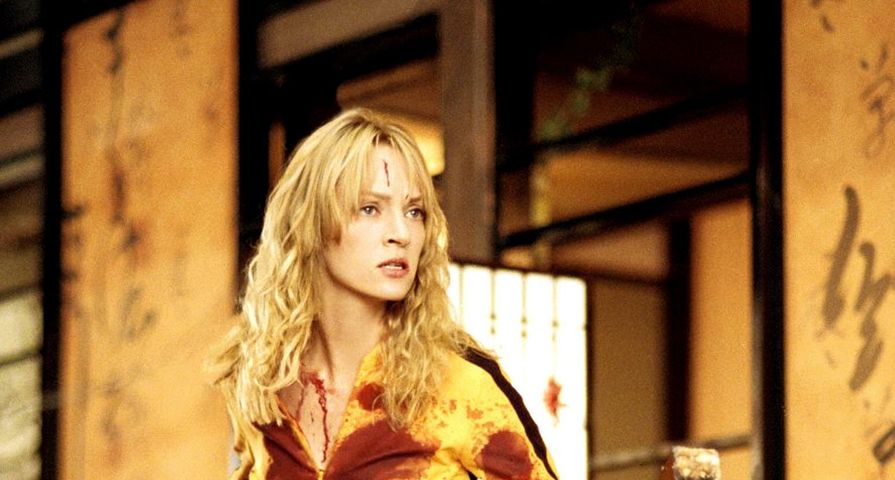 In an industry dominated by male heroes and narratives of the handsome prince, it is important that we take time out to appreciate the films that embrace and celebrate the strength of women. This list takes a look at the top films promote girl power!

The now classic 1992 comedy-drama is a fictionalized account of the real-life All American Girls Professional Baseball League. The film stars one of girl power’s leaders, Geena Davis, along with Madonna, Tom Hanks, and Lori Petty. It is set during WWII when Major League Baseball was threatened by a lack of players and financial support. In order to keep America’s pastime alive, Cubs owner, Walter Harvey, persuades fellow owners to finance the women’s league. The film follows the Peaches in their professional and private journeys to the World Series and raises awareness of the importance of women in sports. This flick continues to inspire many women to realize their own potential and defy outdated social norms.

Now & Then is a staple of the ‘90s and traces the enduring friendships of four female friends through the growing pains of their lives and one memorable summer they spent together in 1970. And while it follows an archetypal plot line of the coming of age story, the women all have their own distinctive personalities that endear them each respectively to the hearts of audiences. The almost all-female cast features Christina Ricci, Rosie O’Donnell, Thora Birch, Melanie Griffith, Gabby Hoffmann, Demi Moore, Ashleigh Aston Moore, and Rita Wilson. It’s a heartwarming flick that can be and should be enjoyed by all on a rainy afternoon.

It’s not often when both of your film’s leading ladies are pitted against each other and nominated for an Academy Award in the same category of Best Actress, but in this two-woman show, that’s exactly what happened to Geena Davis and Susan Sarandon for their portrayals of Thelma and Louise respectively. The plot revolves around two women that venture out on the road to leave their troubled relationships behind, but what they end up finding is an absolute nightmare. One night when they stop for drinks at a roadhouse, Thelma is almost raped in the parking lot. Louise shows up and saves the day but shoots the man after he insults them and the women become fugitives. The women continue to endure betrayal at the hands of men and ultimately avoid capture by driving off a cliff. The dramatic end for the pair serves as a feminist rebellion against the violence perpetrated by men and the film serves as a call for social change. Girl power!

The film Erin Brockovich is biographical and traces the real-life story of a woman who stood up to fight against the energy corporation Pacific Gas and Electric Company. As an unemployed single mother, Erin Brockovich is the unlikely hire of a lawyer—after losing her case against her doctor, the lawyer takes pity on her and gives her a job to help her earn some cash. Erin quickly develops a passion for her work and discovers the medical ramifications for people living in areas near the power facility and the corporation’s attempt to cover it up. In the high profile, high stakes case, Erin and her employer earn the residence a huge settlement and in turn rake in a hefty pay day! This film, which earned Julia Roberts a series of accolades including an Academy Award and a Golden Globe, promotes girl power by showing that through strength and perseverance, justice and success are possible!

This movie is full of wonderfully crafted, inspiring and self-sufficient women that are struggling against both sexism and racism in the southern US in the 1960s. Emma Stone plays a writer “Skeeter” who rejects her mother’s wishes that she lead a traditional life of marriage and family, and instead sets out to write an expose on the lives of the African American maids that play formative roles in the households of the south. The film, based on a book by the same name, went onto receive 4 Academy Award nominations and won the Screen Actors Guild Award for Outstanding Performance by a Cast in a Motion Picture. This one is definitely worth watching if you haven’t checked it out, or re-watching if you have!

Kill Bill is a two-part martial arts film written and directed by Quentin Tarantino. It features some super bada– women that are part of an assassin squad who are equally as violent as their male counterparts. The female dominated cast is led by Uma Therman, who embarks on a journey of revenge that involves killing all those who wronged her. And while some critics suggest that the unrealistic nature of the film undermines Tarantino’s suggestion that the film is a “feminist statement” and is “all about girl power,” the fact that women are removed from the victim status and are capable of unleashing moves that are likened (quite literally through costuming) to those of Bruce Lee, is something that was previously unseen! This movie shows audiences that women are equal opponents in any ring!

Alright, so this movie didn’t have the critics giving standing o’s, but the satirical play on the Beatles A Hard Day’s Night, was a clever ploy to promote the group whose slogan was “Girl power!” Audiences didn’t seem to care that it wasn’t an Oscar winner either as it broke the record for the highest ever weekend debut for Super Bowl weekend, raking in over $10 million! The film features the pop group Spice Girls as themselves and makes fun of the music industry’s packaging and branding of pop stars. They go so far as to even make fun of the movie itself as well as the audience! The flick features a number of great actors like Roger Moore and cameos by Elvis Costello, Bob Geldof, and Meat Loaf! All in all, this film took a formula previously featuring men, and reinterpreted it with a modern feminist twist!

Amelie is the highest grossing French language film to be released in the US, and for good reason! The story is whimsical in its telling of an isolated waitress in Montmartre, who imaginatively changes the lives of those around her for the better. Her appreciation for the little things in life and the director’s outlandishly and sweetly unrealistic storytelling technique has inspired audiences to fall completely for Amelie and embrace her character as a true heroine. Nominated for 5 Academy Awards, this film paints endless possibilities for anyone in search of meaning and purpose in their lives.

The film Sex and the City follows the television series in chronicling the lives of four friends as they deal with the tribulations of love and career in the big apple. The four women have begun to live very separate lives with their respective partners but the film ultimately promotes girl power by revealing that women can really have it all! The women are fierce, and conquer all obstacles, while supporting and loving one another. The film has a happy ending of course when Big makes right on his promise of marriage and proposes to Carrie in the walk-in closet of their luxury penthouse with one of Carrie’s diamond encrusted shoes. And yeah, this may be a bit of a princess moment, but come on! Those two are meant to be together!

The classic Disney story of a princess saved by the love of a prince is interrupted by this flick, and instead, it presents independent female characters whose true love is for one another in their bond of sisterhood, and it is this love that ultimately saves the day! While feminist critics still take many issues with aspects of the film, the obvious message for young girls is to embrace their own strength and love each other. The movie is the highest-grossing animated film of all time and raked in 2 Academy Awards. It just goes to show that audiences of all ages are longing for new representations of women, love, and relationships!