Home » Entertainment » Movies » 10 Female Superheroes Who Need Their Own Movie

10 Female Superheroes Who Need Their Own Movie 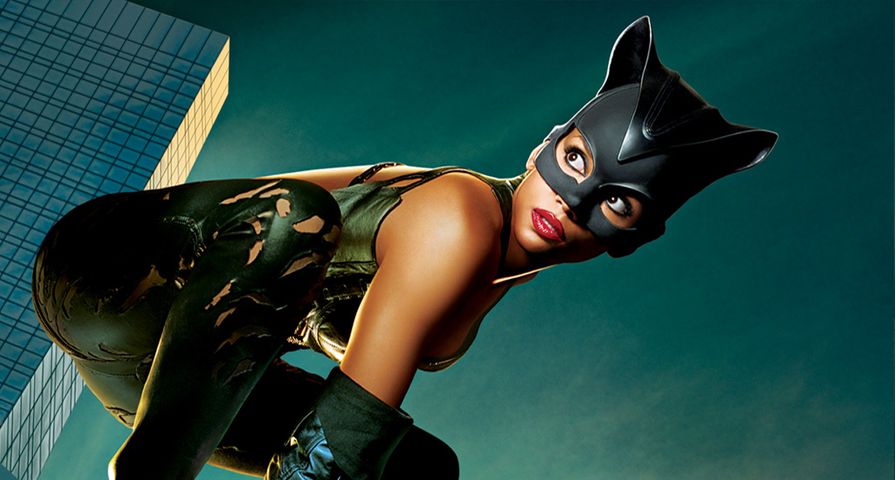 Comic book movies are the biggest thing in Hollywood right now. Unfortunately, these films are as guilty as every other film genre of underrepresenting women. In fact, since Marvel ignited the superhero boom with 2008’s Iron Man, there has not been one comic book film headed by a female character. There’s a mentality in Hollywood that female-driven films aren’t commercially viable, but this has been repeatedly proven wrong, especially within the last year. Disney’s Frozen, a film focusing on two sisters, has become a cultural phenomenon, and is now the 5th highest-grossing film of all time. Most recently, Maleficent, starring Angelina Jolie, an almost 40 year old mother, has done big business at the box office as well. Believing that female-driven entertainment doesn’t make money is an outdated idea. Comic book movies are shattering box office records and should be at the forefront of producing films with strong female characters, given that both Marvel and DC comics have many female superheroes in their roster to use. These are the 10 female superheroes that need their own film.

A character in the DC Comics universe who frequently fights alongside Green Arrow, Black Canary is currently featured on the WB TV show Arrow. There has already been one spinoff show created from Arrow (The Flash, set to debut this fall), so why not give Black Canary her own spin-off? Black Canary is one of the more popular female superheroes; she is a vigilante with no actual superpowers, but possesses highly-developed combat skills (like Batman). Unlike Batman, she is willing to kill, which has led to friction in the television series between her and Arrow, who adopts a non-lethal policy. A television series focusing on Black Canary could explore her time with the League of Shadows, a popular group of assassins within the DC universe, and her solo career as a vigilante.

While She-Ra is not a comic book character, she definitely fits the description of a superhero. Originating in the mid-1980s as a spin-off of the popular cartoon He-Man, She-Ra was created as the female equivalent of He-Man (she’s actually his sister) in order to appeal to a young female audience. She-Ra is a rather unique hero as she possesses superhuman strength but is largely non-violent, instead using her intelligence to outwit her enemies. While the television show in which she appeared, She-Ra: Princess of Power, is woefully outdated by today’s standards, functioning more as a source of nostalgia and unintentional comedy, the opportunity for a reboot of the character exists. There have been rumors of a live-action He-Man movie being in the works for years, so an accompanying She-Ra film would only make sense.

First appearing in the X-Men comics, Scarlet Witch is the daughter of frequent X-Men villain Magneto and the sister of Quicksilver, who recently made his big-screen debut in X-Men: Days of Future Past. Scarlet Witch, aka Wanda Maximoff, will be played by Elizabeth Olsen in the next Avengers film, Age of Ultron, but it is highly unlikely that she will ever get her own solo film, or even a team-up film with Quicksilver, which would be the more likely scenario. A mutant with the ability to use magic and convert it into wieldable combat powers, Scarlet Witch is also an intelligent commander and tactician. Unfortunately, fans will likely have to make-do with her just being a side-character on the big screen, which is a shame as she is definitely one of the strongest female superheroes around and is capable of carrying her own film.

Recently, David S. Goyer, the screenwriter for the upcoming Batman vs. Superman film, sparked controversy when he dismissed She-Hulk as nothing more than a sex fantasy for virgins. Luckily, fans of the character were quick to point out that She-Hulk, aka Jennifer Walters, is actually more of a positive power fantasy for women, as she is an intelligent lawyer who retains her humanity when she transforms into She-Hulk, unlike her male counterpart The Hulk. The rather large internet backlash against Goyer’s statements prove that there is an audience for She-Hulk, and Marvel could capitalize on this controversy by making a She-Hulk film, which would discredit Goyer (and DC by association) by proving that She-Hulk is more than a simple sex fantasy.

This entry is a bit of a copout, but it would still make for a good movie. Some of the best female characters in comics belong to the X-Men, a group of super-powered mutants trying to fit into a society that fears them. As most viewers of the X-Men films are aware, the X-Men are more interesting when the focus is on the team rather than a single character (although the Wolverine movies seem to be the exception). A film based on a group of some of the best female X-Men could be interesting and innovative, given the rarity of female-led ensemble films. Jean Grey, Storm, Rogue, and Kitty Pryde would be the obvious characters to include in such a film, but there are many other women in the X-Men universe that could be used.

Barbara Gordon, the daughter of famous Batman character Commissioner Gordon, is a frequently undervalued and underused character in the Batman universe. Batgirl has actually appeared in a Batman film before, as she was portrayed by Alicia Silverstone in the awful Batman and Robin (1997). The film did not do the character justice however, as Batgirl was thrown in more for the sake of just being there, rather than as a fleshed out character. In the comics, Barbara first appears as Batgirl, but takes up the title of Oracle, a master of information, after the Joker paralyzes her in a brutal attack. A solo film could explore this storyline, from her early days as Batman’s ally to her physical defeat and eventual rehabilitation. While Batman hogs the spotlight, Batgirl is every bit his female equivalent and her story needs to be told on film.

Essentially Marvel’s version of DC’s Wonder Woman, Carol Danvers, or Ms. Marvel, is a superhero who has had ties to the X-Men and The Avengers. She possesses superhuman strength, super-speed, flight, and the ability to fire projectiles of energy. She is one of the most powerful female heroes in the Marvel universe and will likely appear in a future Avengers film. Despite her similarities to Wonder Woman, Ms. Marvel is not a very popular character, which may have something to do with her complicated publishing history (there are 3 other characters who have adopted the Ms. Marvel name) and contested status as a symbol of feminism. By making a Ms. Marvel film, Marvel could firmly establish the character as a positive female role model and create a bankable female hero.

Yes, there was a Catwoman movie in 2004 starring Halle Berry, so unlike every other character on this list, Catwoman has actually had a film made about her. However, a new film is sorely needed, as the original is an insult to the character. Selina Kyle, aka Catwoman, is a frequent Batman villain/love interest, most recently being portrayed by Anne Hathaway in The Dark Knight Rises (2012). What many casual fans may not realize is that Catwoman has her own comic storylines that are often just as interesting and compelling as Batman’s. A solo film focusing on Catwoman’s conflicted status as a thief and reluctant hero would make for a more dynamic comic book film, given the mass of clear-cut good guys that appear in most superhero films and a boon for female-driven movies in general.

Appearing in 3 films already for Marvel, Black Widow is perhaps the best represented female superhero in cinema. The problem is, she’s never anchored her own film, only appearing as a side character in Iron Man 2, The Avengers, and most recently, Captain America: The Winter Soldier. As played by Scarlett Johansson, Black Widow has proven to be a compelling character and an essential part of Marvel’s cinematic universe. Smart, resourceful, and with a still largely-unexplained backstory, Black Widow was so good in The Winter Soldier that she almost outshone Captain America. It’s ridiculous that she is the only Avenger who does not have her own film yet (besides Hawkeye), and Marvel would do well to fix this as soon as possible.

There could be no other hero in the top spot. Wonder Woman is not only the greatest and most popular female superhero, but one of the greatest heroes period, and it is absolutely ridiculous that she has not had her own film yet. Wonder Woman is set to make her big-screen debut in Batman vs. Superman: Dawn of Justice, due out in 2016. While it is exciting to know that she will finally be featured in a movie, it is insulting both to the character and women in general that she is making her debut in a film focused on two male superheroes. Wonder Woman is a symbol of female empowerment (one of her taglines is “I bow to no man”) but having her play second fiddle to two male characters undermines everything that defines her as a character. Here’s hoping that her appearance in Batman vs. Superman leads to a proper Wonder Woman film.