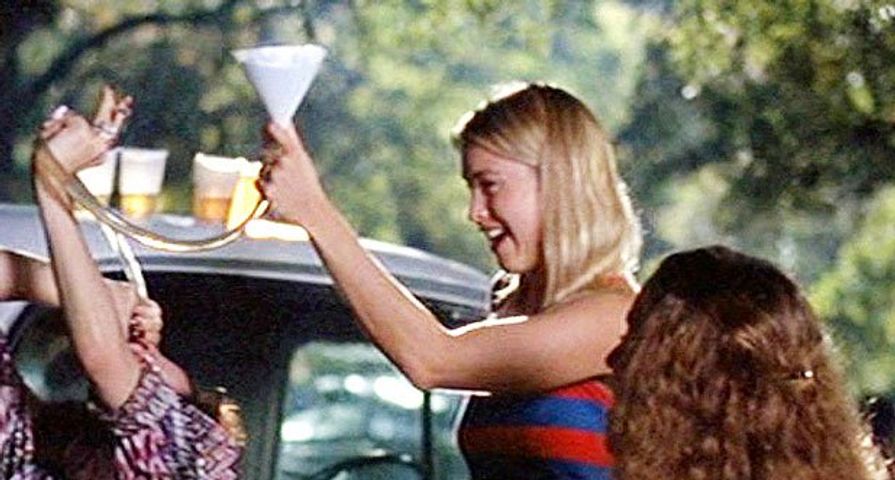 The road to success for actors isn’t always that straightforward. While some stars are able to land big roles without ever having to take on the little ones, there are others who had to take uncredited roles until they were able to land the big ones that changed their careers. Here are 10 famous stars who got their starts in Hollywood as extras:

Kristen Stewart has become one of the most famous actresses in the world because of her role as Bella Swan in the Twilight franchise; however, back in 1999, she landed her first role, which was uncredited, in the Disney movie The Thirteenth Year. She played a disgruntled girl waiting in the water fountain line.

During the ‘50s when Clint Eastwood was first trying to make it as an actor, he had a tough time landing roles that weren’t uncredited. His first role in Revenge of the Creature was as an extra and then his roles in Lady Godiva of Coventry, Tarantula, Never Say Goodbye, Star in the Dust, Away All Boats, and Escapade in Japan were also minor and uncredited. It wasn’t until he landed a part in the Western TV series Rawhide that his star began to rise, and then after landing the role of Man with No Name in Sergio Leone’s Dollars Trilogy of Spaghetti Westerns in the ‘60s, he finally reached international fame.

Jennifer Aniston has been a household name ever since she played Rachel Green on Friends but, back in the ‘80s and early ‘90s, she was taking whatever roles she could get. Her very first role was in the movie Mac and Me and it’s such a small role that you could literally blink and miss her. She’s only in one scene where a bunch of teenagers are dancing in a McDonald’s parking lot. See if you recognize her!

Sylvester Stallone became a bona fide star when he played Rocky Balboa in the Rocky franchise; however, his first few roles as an actor were so minor that they were uncredited. He appeared in Downhill Racer, MASH, Lovers and Other Strangers, Pigeons, Woody Allen’s Bananas, Klute and What’s Up, Doc as an extra, and he continued to land minor or uncredited roles in TV and film until Rocky came along.

Sarah Michelle Gellar’s first role in a feature film was uncredited. She appeared in Over the Brooklyn Bridge as Phil’s daughter in 1984. In the only scene that she’s in, she’s just sitting on a bench and she is so young that she doesn’t look at all like the actress we now know. It would be over a decade later that she would land her career-defining role in Buffy the Vampire Slayer.

Bruce Willis became a movie star in the ‘80s thanks his role as John McClane in Die Hard; however, it wasn’t long before this that the actor was only able to land uncredited roles in movies and TV shows. He was an extra in the movies, Ziegfeld: The Man and His Women, The First Deadly Sin, Prince of the City, and The Verdict, as well as the television film A Guru Comes.

Charlie Theron’s first appearance in a film was uncredited. She played a cult follower in the horror flick Children of the Corn III: Urban Harvest. She had no lines and all that she had to do was scream. The director of the film, James D.R. Hickox, wasn’t very impressed with her screaming, so he had another actress dub over Theron.

Early on in her career, Renee Zellweger established herself as a critically acclaimed actress and it didn’t take her long to nab her first Oscar nomination for her role in Bridget Jones’s Diary. Now she’s an Oscar-winning actress thanks to her role Cold Mountain, but there was a time when she was just another struggling actress who was looking to make her big break. Case in point, in 1993, she had an uncredited role in the coming-of-age flick Dazed and Confused as a girl funneling a beer on a pickup truck.

Kristen Bell rose to fame when she landed the role of the titular character on Veronica Mars, but before she became a television star, she was trying to land whatever acting gig she could. Her first role as an actress was in the 1998 film Polish Wedding, which starred Claire Danes. Her character doesn’t have a name and appears in one scene with Danes and a couple of guys and she looks so young it is hard to recognize her!

Brad Pitt might be super famous now, but back in 1987, he was just a struggling actor looking to get his big break. During that year, he appeared in four uncredited roles in Hunk, No Way Out, No Man’s Land and Less Than Zero. Charlie Sheen was the star of No Man’s Land and he recently posted a throwback from the set of the film where Pitt can be seen in the background of the shots.