10 Directors Whose Careers Peaked Too Early 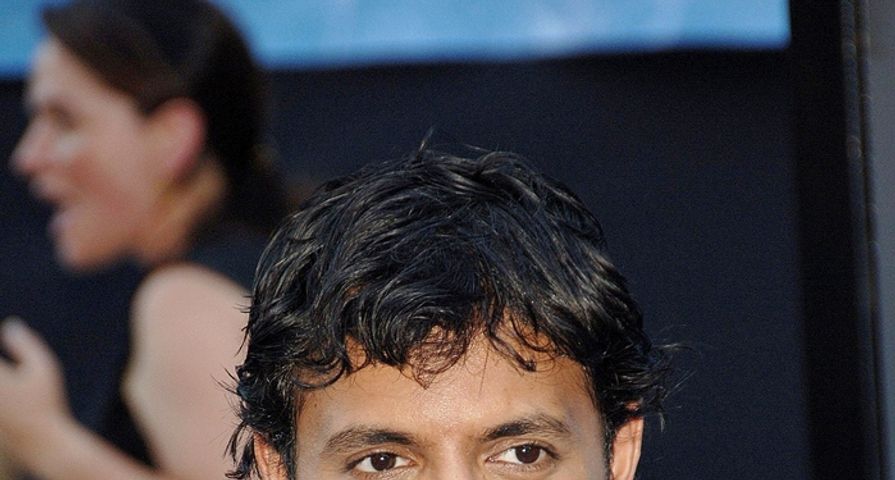 Having early career success can be both a blessing and a curse, especially for movie directors. Many directors, for one reason or another, have made their best films early in their careers. Once the bar has been set so high, it can be very difficult to keep that same level of quality consistent, as success and innovation come with ridiculously high expectations. Sometimes, a director will try to replicate their earlier success by attempting to do the same thing in a later film but it ends up falling short. At other times, a director may have just lost the passion or drive along the way and their later work can’t help but be inferior to what came before. Every filmmaker will create a dud from time-to-time, but for whatever reason, the following 10 directors all peaked too early in their careers.

It’s not easy having Jackson on this list, as his Lord of the Rings trilogy is one of the greatest accomplishments in film history, securing a place for Jackson in the upper echelon of directors. Unfortunately, the enormously high bar set by those films has made it very difficult for Jackson’s more recent films to have any hope of living up to them. Jackson made a great follow-up film to The Lord of the Rings with King Kong (2005), which was a visual stunner at the time of its release. Recently however, Jackson has meandered a bit with his filmmaking. His adaptation of the popular novel The Lovely Bones was just okay and his Hobbit films have so far not been anywhere close to the quality of Jackson’s original stab at Tolkien’s fantasy world. Luckily, Jackson is still relatively young and has plenty of time to get himself back on track.

Ridley Scott remains a vibrant and interesting director in modern cinema but it’s hard to dispute that his more recent output pales in comparison to his earlier work. Scott directed 2 of the best, most influential science-fiction films ever with Alien in 1979 and Blade Runner in 1982. These films are masterpieces and secure Scott’s place as one of cinema’s greats; however, his more recent efforts have left something to be desired. Admittedly, the early 2000s were a boon for the British director – Gladiator (2000) is a modern classic that won the coveted Best Picture award and Black Hawk Down (2001) is one of the best war films ever made. Unfortunately Prometheus, Ridley’s return to the Aliens franchise was disappointing and last year’s The Counselor did not score well with critics or audiences. Scott’s next film is Exodus: Gods and Kings, a retelling of the Moses story, which will hopefully be a return to form for the veteran director.

It is common knowledge that Francis Ford Coppola directed 3 of the most important films in the history of cinema in the 1970s (The Godfather Part 1 and 2, and Apocalypse Now). Unfortunately, it’s not easy to name many other films of significance that he’s done since. Coppola’s last well-known film is 1997’s The Rainmaker, a good film that is nearly 2 decades old, meaning that for all intents and purposes, Coppola has not been a relevant filmmaker in almost 20 years. Granted, he has still made good films in the interim, but the problem is simply that Coppola released a string of films early in his career that were so successful, they have overshadowed the rest. Of course, there are worse things than being remembered only for directing The Godfather, one of the best films ever made.

An indie film darling who broke into the scene with his first film Clerks, a low budget slacker story that Smith cast his friends in and filmed with store security cameras. Throughout the 90s, Smith was the mouthpiece of a generation of film geeks, but by the mid-2000s, his star had started to wane. He struck out with 2004’s Jersey Girl, a family rom-com starring Ben Affleck and Jennifer Lopez at the height of their popularity and over-saturation. Smith made an excellent sequel to Clerks in 2006 but other than that, he has been mostly known for flops and disappointments during the new millennium. He’s still an important and outspoken voice in film culture today but unfortunately, he’s never been able to live up to the high standards set by his early films.

Arguably the most famous Mexican-American filmmaker working today, Rodriguez is a stylistic director known for his love of visual effects. A frequent collaborator with fellow indie upstart Quentin Tarantino, Rodriguez began his directing career financing his breakout film El mariachi (1992) by volunteering for experimental drug studies. Throughout the 90s and early 2000s, Rodriguez directed a slew of films that were popular with critics and audiences alike, including the western-influenced vampire flick From Dusk Till Dawn (1996), the family-friendly Spy Kids franchise, and the visually-stunning comic book film Sin City (2005). Unfortunately, after Sin City, Rodriguez has reverted to making films that imitate his earlier work a little too closely, making it seem as if he has lost a bit of the originality that made him popular in the first place. Most recently, Rodriguez collaborated again with writer Frank Miller for Sin City: A Dame to Kill For, which by most accounts is a wholly uninspired, unnecessary film.

Popular culture owes a tremendous debt to George Lucas. The man created Star Wars, which essentially spawned modern blockbuster filmmaking and nerd culture as a whole. Unfortunately, the greatness pretty much ended there, at least when it came to directing, as the original Star Wars is the last great film Lucas actually directed. He has had tremendous success as a producer and as a businessman, but after Star Wars, Lucas took a 22 year hiatus from directing duties until 1999 when he released Star Wars Episode 1: The Phantom Menace, a film reviled by most fans and critics. George Lucas will always remain an important director but his directing output peaked way too early for a man with so much imagination. As of this writing, George Lucas is retired from directing movies, making the good but not great Star Wars Episode III: Revenge of The Sith (2005) his last directed film.

Michael Bay gets raked over the coals constantly by critics and fanboys alike for making loud, dumb movies, but believe it or not, there was actually a time when Bay made good action films. His first 3, Bad Boys (1995), The Rock (1996), and Armageddon (1998), are some of the best action films of the 90s. Say what you will about his lacklustre ability to tell coherent stories, Bay has a distinct visual style to his filmmaking that, combined with a decent script, can lead to a very entertaining movie. Unfortunately, after those first 3 films, Bay settled into a groove of making increasingly dumber films, resulting in diminishing returns with each subsequent project. Bay hit an apex of awfulness this year, directing the abysmal Transformers: Age of Distinction, and producing the Ninja Turtles reboot, another stinker of a film. It’s increasingly unlikely that Bay will ever recapture his early promise.

If any director has worn out his filmmaking style, it’s Tim Burton. Known for his use of a unique gothic aesthetic, Burton began his career directing some of the most famous and beloved films of the late 80/early 90s, including Beetlejuice (1988), Batman (1989), and Edward Scissorhands (1990). Burton was consistent up until 2003’s Big Fish, which is arguably his last great film. Unfortunately, Burton has turned his filmmaking style into a brand, knocking the originality and heart out in the process. His biggest issue has been his obsession with continually casting his wife Helena Bonham Carter and friend Johnny Depp in lead roles in his films, which makes them all feel similar and stagnant. If any director is due for an overhaul of his filmmaking process, it’s definitely Tim Burton.

Known for his frequent use of plot twists, M. Night Shyamalan emerged on the filmmaking scene with The Sixth Sense (1999), a supernatural thriller that has gone on to become a modern classic. Shyamalan followed that film up with Unbreakable (2000) and Signs (2002), which were both very good and seemingly signaled Shyamalan as one of the best emerging talents in filmmaking at the time. Unfortunately, after 2004’s The Village, Shyamalan entered into a vicious cycle of increasingly worse films, culminating in the laughably bad trio of The Happening (2008), The Last Airbender (2010) and After Earth (2013). There was a time when Shyamalan’s name being attached to film was good advertising, but now audiences have just come to associate him with bad movies.

Unlike all the other directors on this list, John Singleton has made only 1 truly great film, his 1991 debut Boyz n the Hood, a fictional account of the Los Angeles gang scene starring Cuba Gooding Jr. and Ice Cube. Singleton made that film when he was only 24 years old, an impressive feat for such a young director. Unfortunately, that early promise has long faded away, as Singleton has mired himself in bad projects ever since. The closest Singleton has to another good film is 2005’s Four Brothers, but it does not make up for shoddy fare like 2 Fast 2 Furious (widely regarded as the worst film in the popular Fast and Furious franchise) and 2011’s Abduction, a film starring Taylor Lautner that had the unexpected effect of bringing down the actor’s career with it.