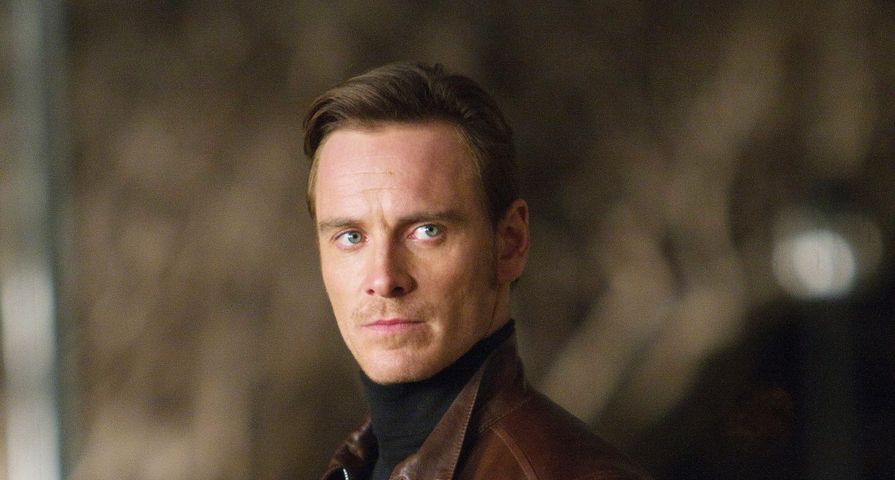 Bad boys (and girls) will always have an appeal that can make the most level-headed human succumb to drool-worthy dreams, and movie villains are no different. Although the history of films have had us always cheering on the protagonist and wishing we were one of James Bond’s girls, there have been quite a few villains we wouldn’t mind turning to the “dark side” for. Whether facing superheroes, space battles, or mutant beings, here are 10 crush-worthy movie villains.

When Cillian Murphy took on the role of supervillain Scarecrow in Batman Begins, he was called “a picture-perfect villain” by The New York Times and that his “baby blues look cold enough to freeze water and his wolfish leer suggests its own terrors.” But at the same time, those calculatingly cold eyes are also what are so wildly captivating about him. “He has the most extraordinary eyes, and I kept trying to invent excuses for him to take his glasses off in close-ups,” said director Christopher Nolan. Thank you for that! The New Yorker’s David Denby said of him, “Cillian Murphy, who has angelic looks that can turn sinister, is one of the most elegantly seductive monsters in recent movies.” Elegantly…seductive…monster. Let that seep in.

For some, James Franco can do no wrong (invisible art, anyone?) and this includes his portrayal of The New Goblin in Spider-Man 3. Intent on getting revenge for the death of his father, Franco’s villain isn’t supposed to elicit a heck of a lot adoration, but it can’t be helped when such a crush-worthy actor is cast.

Angel is positively heavenly in X-Men: First Class and, although she ends up on the wrong side of good and evil, she’s just as crush-worthy as ever. Played by Zoe Kravitz, it’s no wonder this winged-mutant flew right into hottie-villain territory.

7. Alexander Ludwig as Cato in The Hunger Games

The Hunger Games may have been a blood-thirsty movie, but many audience members were left hungry for the main antagonist Cato. Played by Alexander Ludwig, who was previously known for his modelling days and now for his role on the wildly popular Vikings, Cato hailed from District 2 and gave Katniss a run for her money, or rather, her life. Vicious tactics and violent tendencies marked his character’s behaviour, but could be somewhat overlooked when crushing on the supremely cruel-yet-cute Cato.

6. Tom Hiddleston as Loki in The Avengers

Loki may “come with glad tidings” and along with them also brings some super-villain hotness from his adopted-home-world of Asgard. Thor may be the demi-god that some fans lust over, but Loki has earned his own legion of adoring admirers. With actor Tom Hiddleston filing the horned helmet, this alien Avenger-adversary holds his own.

5. Lee Pace as Ronan in Guardians of the Galaxy

The Guardians of the Galaxy may have to battle with Ronan, but when Lee Pace puts on his Accuser act, fans are all-in. With his growling voice and rippling body, he’s a sight to see for more reasons than one. Determined to punish the Kree and rule the Universe, he may not necessarily succeed in his evil deeds, but he successfully earns some appreciative gazes from movie-goers.

4. Jennifer Lawrence as Mystique in X-Men: Days of Future Past

When Jennifer Lawrence plays Mystique in X-Men: Days of Future Past, she may be able to take on any form but fans will take her any way they can get her. Her motives are noble, her methods are sketchy, and her emotional struggles may pull on your heart-strings, but this semi-villainous mutant is still totally crush-worthy.

3. Benedict Cumberbatch as Khan in Star Trek Into Darkness

Khaaaaaaaaan, you’re so hot! That might not be the exact line from the movie Star Trek Into Darkness, but it could have been when Benedict Cumberbatch jumped into the roll. Despite depicting an evil villain, with Khan’s a-s-kicking moves and suave-supervillain-style, Benedict created a character fans could seriously crush on.

2. Tom Hardy as Bane in The Dark Knight Rises

Tom Hardy is anything but a bane of his fans’ existence in The Dark Knight Rises. As the field commander of the League of Shadows, Bane wooed crowds with his wicked ways, gruff voice, and gargantuan muscles. A mask may cover most of his face, but it doesn’t make Bane any less drool-worthy.

1. Michael Fassbender as Magneto in X-Men: First Class and X-Men: Days of Future Past

Michael Fassbender. Need we say more? Okay, then. Fassbender thrilled crowds as Magento in X-Men: First Class and X-Men: Days of Future Past. Fans were justifiably as attracted to Fassbender as metal is to Magneto.