10 Country Music Stars Who Will Never Make A Comeback 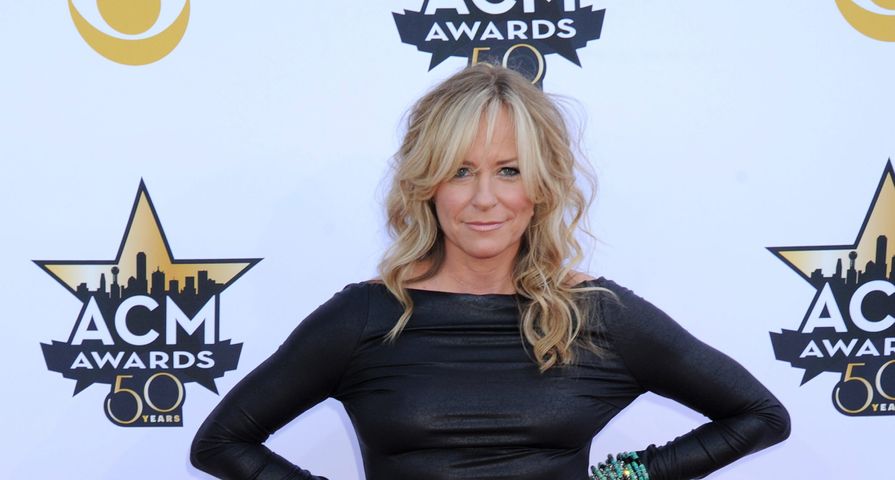 The music industry is tough! A lot of artists rise to fame quickly and fade even faster, while others have fruitful careers that last decades. It’s a notoriously fast past industry with a high turnover rate, so singers are required to put forth a lot of time and effort in order to remain relevant. Sometimes it’s just too much and artists retire early or give up. There are some instances where stars are able to fight their way back into the limelight and regain their fame with a solid comeback by releasing new music and revamping their image, but this is rare. No genre is exempt from this harsh reality, not even country music! Here’s a list of 10 country music stars who we predict will never make a comeback!

This former country artist is best known for his No. 1 hit single, “Yes!” which came out in 2000. After being forced into early retirement as a professional wrestler, he turned to music. He signed to Warner Bros. Records in the late ’90s and released three albums between 1998 and 2001. From those three albums he had seven singles on the Billboard country charts, with “Yes!” as the No. 1 hit, and “Ordinary Life” landing at number 3. He left Warner Bros. and signed to Broken Bow Records in 2002. He released five singles, four of them landed on the charts, but his album was never released, so he left the label. He left the music industry for good and ended up working in radio as a co-host on a morning show, but now seems to be more focused on politics.

Suzy Bogguss started her career in the early ’80s and after a decade in the biz she started gaining a lot of recognition in the ’90s. She released a platinum and three gold albums, had six top 10 singles and won an ACM award for Top New Female Vocalist. After all this success, she took a brief break to focus on starting a family, and when she returned she never reached the same level of success she once had. During her time off a lot of new country artists came onto the scene like Shania Twain, Faith Hill and Martina McBride, so there was a lot of competition and the climate of country music was changing. She has continued to release albums without much success, and more recently she’s been re-releasing old albums or cover songs. While Bogguss was an amazing artist during her time, she’ll never make a comeback and be what she once was.

This Grammy Award-winning artist made her debut in 2004 with her Award-winning single, “Redneck Woman.” It was a No. 1 hit and the launching pad for her success. The next year she released another successful album, All Jacked Up, which produced the highest-debuting single for a female country artist. Her third album, One for the Boys, was released in 2007 and debuted at No. 1 on the country charts. Throughout her career she’s had 13 singles on the Billboard charts, five of which reached the top 10, and she’s sold over 8 million records worldwide. Unfortunately, after three albums, her success faded and she never reached the top of the charts again. In 2013 she tried to make a comeback with the release of another album and a Christmas album, but neither were very well received. Despite the fact that she’s still working, Gretchen Wilson won’t be making any major comebacks.

LeAnn Rimes was a young star who rose to fame at the mere age of 13! She was already breaking records as the youngest country singer since Tanya Tucker in 1972. Her debut album Blue was No. 1 on the Top Country Albums chart and certified platinum in sales. After this she moved into country pop and has continued to release new albums ever since. In the height of her career she was a critically acclaimed artist with two Grammys, three ACMS, a CMA, 12 Billboard Awards and one American Music Award under her belt. But she hasn’t been even nominated since 2009. Her fame started wavering in 2001, and while she’s continued to release new music with mixed reviews, she’s been forgotten about in the country industry. It doesn’t help that she’s turned into a controversial star ever since she engaged in a highly publicized extramarital affair with actor Eddie Cibrian.

Aaron Tippin rose to fame with his single “You’ve Got To Stand For Something” which became a popular anthem for American soldiers. He recorded five albums in his early career, and in 1998 after he switched labels, he recorded four more, including one Christmas album. In 2006 he once again left his label to create his own called Nippit Records. He released his last album, In Overdrive, in 2009. He hasn’t made any new music in about 8 years, but during the peak of his fame he had thirty singles on the Billboard Hot Country charts and three No.1 singles! Some of his best known songs were “There Ain’t Nothin’ Wrong with the Radio,” “That’s as Close as I’ll Get to Loving You,” and “Kiss This.” We’re assuming Tippin has retired as he hasn’t made any new music as of late and he is ready to coast into retirement.

Similar to many other country stars, Carolyn Dawn Johnson got her start in the industry as a songwriter. In 2000 she was finally signed as an artist and released her debut album the following year. She released two top 10 singles, “I Don’t Want You to Go” and “Complicated,” but then quickly backed away from the spotlight to take a break. After a three year hiatus, she returned and released an album in 2004 called Dress Rehearsal which did fairly well and then a third album in 2006 called Love & Negotiation. Sadly, we haven’t heard anything new from her since 2010 when she released her fourth album, Love Rules. It seems like Johnson’s career as a solo artist is done.

Thomson’s career has been sporadic since she entered the music industry in 2000. She signed with Capitol Records Nashville after working as a songwriter, and released her first album in 2001. Her debut single “What I Really Meant to Say” became a number one hit on the Billboard Hot Country chart and she had two other hits from that album, “I Always Liked That Best” and “I’m Gone.” Her fame was short- lived and she quit recording the following year because she couldn’t commit to making another album. She tried to make a comeback in 2006 and once again joined forces with Capitol Records, but failed to release anything and was quickly dropped from their roster. In 2009 she released her second album, This Time, but it was eight years too late.

When Collin Raye first joined the music industry, he was recording under the name Bubba Wray and served as a member of the band, The Wrays, from 1983 to 1987. He broke off on his own in 1991 and released his debut album All I Can Be which produced his first No. 1 hit, “Love, Me.” His solo career was a huge success and his first four albums sold one million copies each! For the next decade he released several top ten hits, but by 2001 his stardom was wearing off. He was dropped by his record label and didn’t produce another album until 2005 when he released Twenty Years and Change on an independent label. Raye kept working slowly and quietly, but never reached the same level of success he once had. Fans haven’t heard from him since 2009.

Deana Carter rose to fame in 1996 with the smash hit single, “Strawberry Wine.” Her career started off strong with her debut single becoming her first No. 1 hit. Carter managed to keep the momentum for the next 10 years, but the height of her fame didn’t last long. She released an album almost every two years from ’96 to 2007, but none lived up to the hype of her first. Although she did manage to conjure up two more No. 1 hits in that time, “And We Danced Anyway” and “How Do I Get There,” she took time off to focus on her son. After a 6 year hiatus, she released an album in 2013 titled Southern Way of Life  which didn’t do too badly, but it wasn’t enough to resuscitate her career. She still performs, but her career has slowed down considerably.

Julie Roberts suffered one of the biggest falls from grace, more so than any other artist on this list. She made a name for herself back in 2004 when she released her debut single, “Break Down Here,” and it landed among the top 20 on the Billboard Hot Country charts. She released another album, Men & Mascara in 2006 which included two singles that charted on the top 50. She left her record label and released her third album independently, but it flunked. In 2011 she was diagnosed with multiple sclerosis and in 2013 she signed to Sun Records to release her fourth album, Good Wine & Bad Decisions, but it was unsuccessful. That same year she tried out for The Voice‘s blind auditions, but couldn’t even make it through the first round.