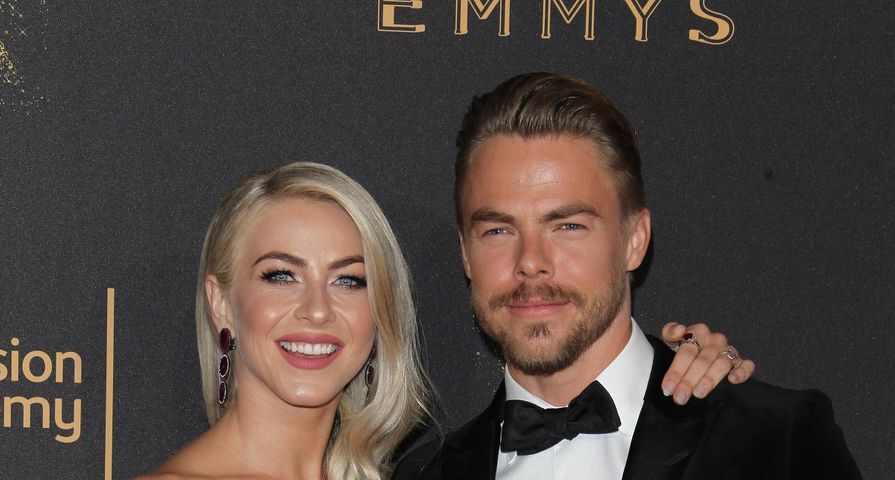 When it comes to the entertainment industry, it is easy for some celebrities’ private and personal lives to intersect. While some stars would prefer not to work with their significant others or family members, many have no problem doing so, although they may have regretted it later. Here are 14 famous celebrities who have worked together, and while some loved the experience, others probably won’t do it again. Check it out:

Owen, Luke and Andrew Wilson all caught the Hollywood bug, and while Owen and Luke are better known, all three have worked together at some time or another. While the brothers have appeared in a few films together it all started with 1996’s Bottle Rocket, but they have admitted working together hasn’t always been easy. “Luke and I had a punching fight. I had scratch marks down my face. I had to get on the plane. It’s really emotional fighting your brother. We were crying a little bit in the flight. We went to the meeting. It was such a heavy vibe from us, they didn’t even ask us what happened to our faces,” Owen revealed of the high tension between the pair right before meeting with James L. Brooks about the film. In 2008, all three Wilson brothers worked together on The Wendell Baker Story, which Luke and Andrew directed and Luke and Owen starred in, and again there was tension. Owen apparently had enough of filming one scene and things got heated: “So, Andrew is like, ‘You’re done? You’re not going to do it again?’ Andrew looks at me, and I’m like, ‘I can’t [make him], you’re bigger than he is, just kick his ass. Just kick his ass, man.”

Growing up, Jason and Justine Bateman’s careers took them in separate directions as she starred on the smash hit Family Ties and Jason worked on series such as Little House on the Prairie, Silver Spoons and more. In 2006, however, the brother-sister duo teamed up for an episode of Arrested Development where Justine guest-starred as a prostitute whom Jason’s character suspected was actually his sister. Now, their careers have veered off again with Justine seeking interests outside of acting. “I’m not surprised that one of us is in a different place than the other — no better, no worse, just in a different place,” Justin said in an interview. “It was surprising when [our careers] were at the same place or similar: both on television series, both on the same network. Hers was wildly successful, my stuff was sort of middling all the time, but it was pretty neat to be in the same house and both be on television. It was pretty interesting.”

Jake Gyllenhaal was quickly becoming recognized in Hollywood, but his big break came in 2001’s Donnie Darko, which also happened to feature his sister, Maggie. Maggie portrayed Jake’s character’s sister in the film, and he was honored to act alongside her. “I’m happy to be with my sister. In a weird way, I spent my childhood watching her. Looking up to her,” he said of how she has influenced him as an actor.

Through their careers in Hollywood, John and Joan Cusack have both became beloved stars, but aside from their individual careers, they have also starred in 10 films together. The two obviously very much enjoy working together and when asked in 2008 about what made him think to cast his sister as the “interrogation specialist” in the film War, Inc., John responded, “The same thing that made you think about her. Outsourcing. Butcher. Soldier for profit industry in a new age. Don’t you mainly think about Joan? I know just knowing Joan, she has the capacity to play deranged women with a glee that I knew would be fun to watch.” Meanwhile Joan responded with, ” I’m so supportive and so admire his willingness to go out on a limb. If he can make a movie [then] I’m just ready to go.”

Hilary Duff was always the most famous sister thanks to her role as Lizzie McGuire and several film roles, but in 2005 she brought her older sister into the spotlight with her. The pair teamed up for a remake of the 1981 song “Our Lips are Sealed,” and later that year began filming their movie flop Material Girls. Although the movie wasn’t as successful as they had hoped, the two have always been close, but did not collaborate again.

Although Maksim and Valentin Chmerkovskiy are both highly competitive, especially on Dancing With the Stars, when it comes to each other, there is nothing but love. The talented pair have been inseparable since childhood and have no problem sharing their career journey together. Upon Maks’ wedding to Peta Murgatroyd, Val opened up about his bond with his brother stating, “But out of all these titles, the one that has weighed the most presence on my life, the one that is tied to pretty much every important moment I’ve ever experienced (including the ones I just named), the one I’m most unapologetically proud of … is Maks’ little brother.” He added, “We worked together … sharing the stage at Russian restaurants on Brighton [Beach] as teenagers,” he said. “We lived and slept together … sharing everything from conversations to bunk beds to the adult magazines we used to hide underneath them.”

It is often said that twins have a bond that no one else, not even other siblings, can understand, and that much seems to be true for Mary-Kate and Ashley Olsen. The pair have been acting together since before they could talk thanks to sharing the role of Michelle Tanner on Full House, and went on to become multi-millionaires before they reached their teenage years thanks to an entire brand built around them and their company Dualstar Entertainment. While they backed out of the spotlight years ago, they continue to work together in the fashion industry with their labels The Row and Elizabeth & James, and have said their connection is “beyond words.” It seems neither twin has wanted to branch out in a career separate from each other because of how natural it is to always be together. “We’ve always worked together so it feels natural to us. To be able to have a sounding board and to trust the person who is your partner, is beneficial across all aspects of running a business,” Mary-Kate told Vogue UK.

Twin brothers Cole and Dylan Sprouse charmed an entire generation thanks to their stint on the Disney Channel starring in The Suite Life of Zack and Cody. After a break to try out other avenues and attend university, the twins are all grown up and making headlines thanks to Cole’s starring role in The CW’s hit new teen drama, Riverdale. Of course, fans would love the two to reunite on-screen, but it seems those days are behind them, no matter how close they are. “We’ve had people talk about Souphead, or whatever his name is. That to me is also one of those things that one, I’m hard-pressed to think Dylan would ever say yes to and that I would ever approve of. And two, that wouldn’t break fourth wall,” Cole said of suggestions that Dylan should appear as Jughead’s cousin Souphead. He added that it would have to be the right project for the two to work together again, “It would have to be something interesting for the both of us. I think it depends on the project. I’m not really too keen on doing twin things anymore,”Cole explained, adding, “Something Dylan and I really don’t care much for is leaning into the identical twin thing. It doesn’t make sense. It’s just cheesy and hokey, but if [David] Lynch came up to Dylan and I and was like: ‘I have this creepy project that involves twins,’ I’d be hard-pressed to think Dylan and I would say no.”

While some siblings are always close, Julianne and Derek Hough have really never had a choice. The stunning duo have been working together since they were kids and just beginning on their impressive dance careers. Derek admitted that it has always been “super awkward” to dance with his sister, and when they were young and their parents suggested they dance together as partners, Derek said, “No, you’re defeating the entire purpose of why I’m dancing in the first place!” Of course, they have never stopped working together from Dancing With the Stars to their own dance tours, but revealed that they often stick to “fun dances” in order to stay away from other uncomfortable “sexy” dances.