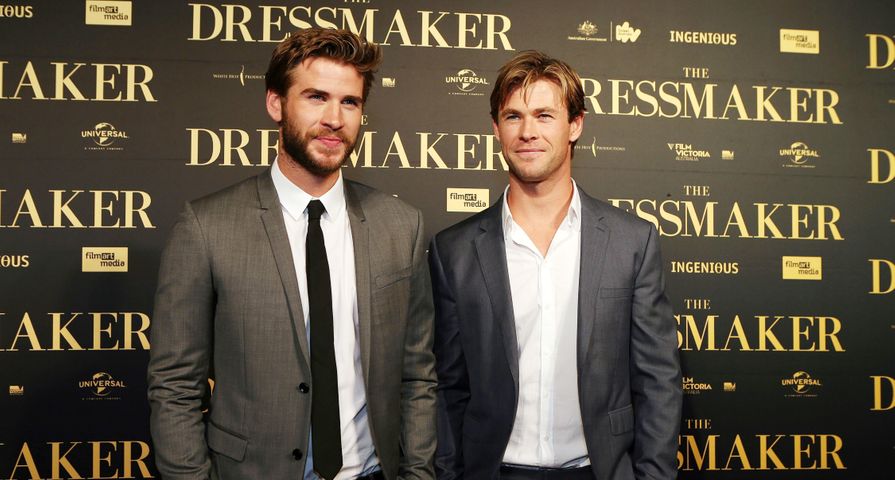 Star power seems to run in the genes for some families who have produced not only one celebrity but two! Although there are many famous siblings who work together and whose success is tied to the other, many more go on their own paths leading to a bit of sibling rivalry when it comes to landing roles and determining who is more famous. For many of these duos, it is easy to guess who makes the most money, but the gap between some is truly surprising. Check out 12 Famous Celebrity: Net Worth Comparisons!

John’s Estimated Net Worth: $50 Million, Joan’s Estimated Net Worth: $8 Million. John and Joan Cusack are both funny and talented and have been seen in numerous films; however, it seems that John beats his older sister’s net worth by quite a bit. Joan has had roles of all types from movies to television to voice work with projects such as My Bodyguard, Working Girl, Addams Family Values, Runaway Bride and voicing Jessie in Toy Story; however, it is rare that Joan is ever the leading actress in a film. Meanwhile, John Cusack has starred in many blockbusters leading to his $50 million net worth including Sixteen Candles, Better Off Dead…, Stand By Me, High Fidelity, 2012, The Butler and much more.

Emily’s Estimated Net Worth: $30 Million, Zooey’s Estimated Net Worth: $18 Million. For whatever reason, it seems that Zooey Deschanel is the more famous one out of the pair of celebrity sisters. She has been in numerous films including Elf, The Hitchhiker’s Guide to the Galaxy, Yes Man and 500 Days of Summer, just to name a few, but is best known for her starring role in New Girl. Meanwhile, Emily Deschanel has also appeared in big movies such as Rose Red, Cold Mountain, The Alamo and Glory Road, but it is her role in the series Bones that brings in the big bucks. Emily made a reported $250 thousand per episode of Bones while Zooey only gets $125 thousand per episode of New Girl.

Mark’s Estimated Net Worth: $255 Million, Donnie’s Estimated Net Worth: $20 Million. It is no surprise that Mark Wahlberg is worth more money than his older brother Donnie, but the gap is truly astonishing. Between being one of the members of New Kids on the Block and having a successful acting career, Donnie has done very well but is no match for Mark’s status as one of Hollywood’s leading men. After his successful music and infamous modeling career, Wahlberg has now led the cast of several blockbusters including The Perfect Storm, Planet of the Apes, The Italian Job, Four Brothers, The Departed, The Other Guys, Ted, Shooter and he is also a producer of many TV and film projects.

Maggie’s Estimated Net Worth: $15 Million, Jake’s Estimated Net Worth: $65 Million. Unfortunately, when it comes to comparing brother-sister sibling duos, it seems a part of the net worth gap is due to the pay inequality war that is being battled in Hollywood right now. Both Maggie and Jake Gyllenhaal are very talented, but Jake’s net worth surpasses his sister’s by quite a bit, which is also helped along but his numerous starring roles. Maggie is known for her roles in The Dark Knight, White House Down, Mona Lisa Smile, Donnie Darko and A Dangerous Mind, while Jake’s resume includes Donnie Darko, Bubble Boy, Brokeback Mountain, Jarhead, Zodiac, End of Watch and Nightcrawler.

Jessica’s Estimated Net Worth: $150 Million, Ashlee’s Estimated Net Worth: $11 Million. Considering Jessica Simpson has had the notably more successful career than her younger sister Ashlee, it isn’t surprising she is worth more, but many are surprised by just how much Jessica Simpson is worth — a staggering $150 million. After an early music career with many hit singles, Jessica became a reality star and then made a fortune as a businesswoman with a retail empire that brings in over $1 billion in sales a year. Meanwhile, Ashlee also had a successful music career until the lip-synching fiasco on Saturday Night Live. She is still doing well with a net worth of $11 million, however.

Matt’s Estimated Net Worth: $40 Million, Kevin’s Estimated Net Worth: $10 Million. Many underestimate Kevin Dillon’s star power when it comes to being the little brother of Matt Dillon, but Matt isn’t beating his younger brother’s net worth as much as one would expect. Kevin Dillon has actually had a few roles over the years including lending his voice for voice acting, but he is best known for his role in the series Entourage and the accompanying film��and earned $80 thousand an episode throughout the series. Matt is, of course, best known as a film star starting with his breakout role in The Outsiders in 1983.

Julianne’s Estimated Net Worth: $10 Million, Derek’s Estimated Net Worth: $4 Million. For once a sister is out-earning her brother when it comes to comparing the net worth of Julianne and Derek Hough, who both became famous as dancing pros on the hit show Dancing With the Stars. As well as salary for the show, both have turned to acting with Julianne appearing in Burlesque and starring in Footloose, Rock of Ages and Safe Haven. Derek has appeared in show Nashville but mostly sticks to theatre acting and dancing.

Ben’s Estimated Net Worth: $105 Million, Casey’s Estimated Net Worth: $10 Million. Ben and Casey Affleck have taken fairly separate paths in their acting careers, and many forget that the two actors are in fact brothers. While Ben is known as the leading man in many major films, Casey is often in a supporting role and appears in darker roles. Casey has earned his $10 million through roles in films like Good Will Hunting, Drowning Mona, 200 Cigarettes, Ocean’s Eleven, Gone Baby Gone and Interstellar. Ben, on the other hand, has starred in Mallrats, Good Will Hunting, Armageddon, Dogma, Reindeer Games, Argo and is the latest actor to don the cape of Batman.

James’s Estimated Net Worth: $30 Million, Dave’s Estimated Net Worth: $2 Million. James Franco is a well established and beloved actor in Hollywood, taking on a variety of roles from comedy to drama, starring in Freaks and Geeks, Spider-Man, Flyboys, 127 Hours, Pineapple Express and Rise of the Planet of the Apes among many others. His little brother Dave though is also quickly becoming a well-known name and may one day catch up to James’s $30 million net worth. Dave has been seen in Superbad, Greek, Scrubs, and Fright Night, but became well-known thanks to his role as Eric in 21 Jump Street and its sequel, 22 Jump Street.

Mary-Kate and Ashley’s Net Worth: $200 Million Each, Elizabeth Olsen’s Estimated Net Worth: $200 Million. Even after they stepped out of the spotlight to focus on their fashion business, everyone still knows Mary-Kate and Ashley Olsen from their childhood fame. Aside from starring on Full House, they founded Dualstar Entertainment, creating video games and several films, as well as books, a clothing line, and posters. They have since branched out to couture clothing and have amassed a combined net worth of $400 million. Obviously, their little sister Elizabeth has no hopes in catching that massive amount, but she is making herself known as more than just “the other Olsen sister” thanks to her role as the Scarlet Witch in Avengers and as Elle Brody in the Godzilla remake.

Luke’s Estimated Net Worth: $30 Million, Owen’s Estimated Net Worth: $40 Million. When it comes to fame and popularity Luke and Owen Wilson are on a pretty even keel; however, Owen is beating out his younger’s brother net worth by just a bit thanks to his part in more blockbuster films. Luke is best known for his roles in Old School, Legally Blonde, The Royal Tenenbaums, Charlie’s Angels, and The Family Stone while Owen has starred in Anaconda, Wedding Crashers, Armageddon, Zoolander, Cars and Hall Pass.

Cast Of The X-Files: How Much Are They Worth Now?

Chris’s Estimated Net Worth: $70 Million, Liam’s Estimated Net Worth: $16 Million. Choosing between the Hemsworth brothers is a difficult choice, one that even casting directors have had to make as Liam was in the final list of actors to potentially be cast as Thor before his older brother swept the role up from under him. Chris’s net worth of $70 million is significantly more than Liam’s $16 million, but both have carved their own path in the spotlight just fine. Chris’s huge numbers are thanks in large part to his role as Thor in the stand-alone films, as well as the Avengers franchise while Liam has had success with The Last Song, The Hunger Games, The Expendables 2 and Independence Day: Resurgence.