10 Celebrities With The Craziest Upbringings 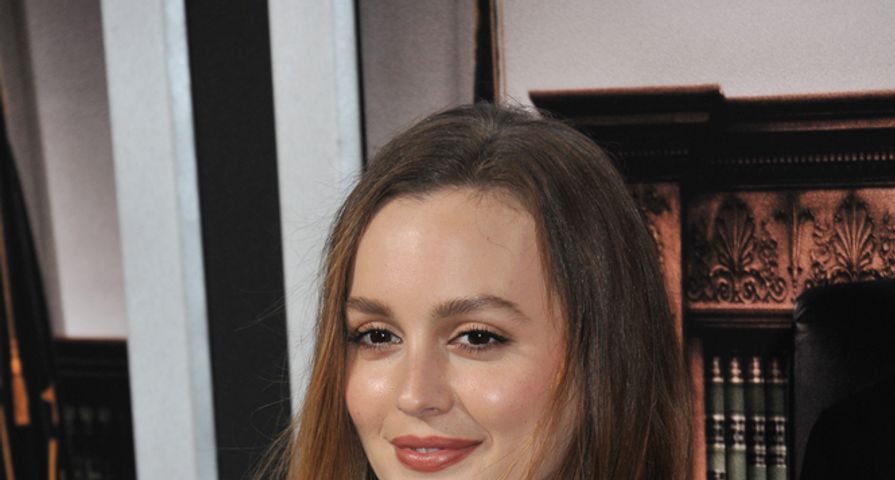 Ever wonder what celebrities’ lives were like growing up? Us too. We did a little digging and learned that some celebrities had less than normal childhoods. From cults to family secrets, these 10 celebrities had crazy upbringings.

Jack Nicholson grew up in a family that wasn’t quite what it seemed. Jack’s mother, June Frances Nicholson, was a young showgirl when she became pregnant with him. She was 18 years old, unmarried, and unsure of who Jack’s father was at the time. June and her parents agreed that Jack would be raised by his grandparents. They hid this situation from Jack, who grew up believing his grandparents were his parents, and that his mother was his sister. Not until Nicholson was 37 did he learn the truth about his family. In 1974, a Time journalist discovered Nicholson’s true family background. Unfortunately, his grandparents and mother had passed, and he was unable to learn who his biological father was. In finding out about the family secret, Nicholson said, “I’d say it was a pretty dramatic event, but it wasn’t what I’d call traumatizing. After all, by the time I found out who my mother was, I was pretty well psychologically formed. As a matter of fact, it made quite a few things clearer to me. If anything, I felt grateful.”

Winona’s upbringing was anything but conventional. Although originally from San Francisco, her family lived in for a time in Colombia where they stayed with their friends who were Chilean revolutionaries. At the age of 7, they moved back to California and lived on a 300-acre commune with 7 other families and no electricity. During this time, they became friends with psychedelic drug advocate Timothy Leary, and beat poet Allen Ginsberg. In fact, Ryder’s parents asked Leary to be her godfather. Talk about far out!

While Woody played a psychotic killer in Natural Born Killers, in real life his father was a professional killer. In 1973, his father was sentenced to 15 years in jail for murder. He was released after 5 years, but later received 2 life sentences for shooting U.S. district judge John H. Wood. In a 2012 interview with The Guardian, Harrelson opened up about his experience of learning about the grim details of his father’s life. “I was 11 or 12 when I heard his name mentioned on a car radio. I was in the car waiting for a lady who was picking me up from school, helping my mum, and anyway I was listening to the radio and it was talking about Charles V. Harrelson and his trial for murder…and I’m sitting there thinking there can’t be another Charles V. Harrelson. I mean, that’s my dad! It was a wild realisation.” At the age of 20, Harrelson sought out his father to get to know him. They developed a good relationship, with Harrelson trying for years to help his father get out of jail. When asked whether he thought his father deserved a new trial, Harrelson stated, “I don’t know he did deserve a new trial… just being a son trying to help his dad. Then I spent a couple of million beating my head against the wall.”

Leighton Meester is not afraid to admit that she had a crazy upbringing. “My family has a crazy history,” she acknowledged in an interview in Marie Claire. “Probably the craziest I’ve heard of.” Meester’s mother was serving jail time while pregnant with the future actress, having been involved in smuggling marijuana from Jamaica to the United States. Meester was born in a hospital, after which her mother was allowed to take care of her for 3 months before returning to jail to serve the remainder of her sentence. She was cared for by her grandmother until her mother was released. Her father also served time in jail for drug-related crimes. Surprisingly, Meester looks back at her childhood with fondness. “I look back now and I see it in a nice light,” she said about her life growing up in Florida. “It wasn’t uncomplicated. But I played outside. I went to the beach. There were happy, fun times.”

Joaquin Phoenix grew up with parents who lived a hippy lifestyle. During the 1970s, his parents were members of the religious group Children of God. As a result, Phoenix grew up travelling with them throughout South and Central America. “My parents had a religious experience and felt strongly about it. They wanted to share that with other people who wanted to talk about their experience with religion,” Phoenix stated in a 2014 interview with Playboy magazine. Yet underneath the idealistic beliefs of spiritual living and communal sharing was a darker world riddled with abuse. Fortunately for Phoenix’s parents, they became aware of the problems early on. “I think my parents thought they’d found a community that shared their ideals. Cults rarely advertise themselves as such. It’s usually someone saying, ‘We’re like-minded people. This is a community,’ but I think the moment my parents realized there was something more to it, they got out.” This all happened before Phoenix was 6 years old. After leaving the cult, Phoenix moved to California. He began acting at a young age, along with his other 4 siblings including River, who died of a drug overdose in 1993.

Unlike Joaquin Phoenix, Rose McGowan had a traumatic experience growing up in the Children of God cult during the 1980s. “You had no contact with the outside world,” McGowan told People in a 2011 interview. “Things that are completely unacceptable became normal. I remember watching how the [cult’s] men were with the women, and at a very early age I decided I did not want to be like those women. They were basically there to serve the men sexually – you were allowed to have more than one wife.” Rose says she got of the cult “by the skin of [her] teeth.” After leaving the cult, McGowan traveled through Europe and modeled for Italian magazines. She ran away from her family as a teenager, relying on the help of others to keep her safe. “At 13, when I was a runaway, I was taken in by the most amazing drag queens in Portland,” McGowan said about her teenage years. “We didn’t always know where our next meal was coming from, but there was so much camaraderie and love. Not to mention, those girls could paint a face, and I learned how because of them.” At just 15 years old, she was legally emancipated from her parents and moved to Los Angeles, California, where she pursued an acting career.

Dylan McDermott’s upbringing is like something out of a crime novel. His mother, Diane, gave birth to him when she was only 15 years of age. When he was 5, his mother was killed from a gunshot. While initial reports ruled that her death was an accident, police found enough evidence to argue that she had been murdered by her live-in boyfriend, John Sponza. Though Sponza denied shooting Diane, his ties to organized crime made police doubt his credibility. In 1972, Sponza was found dead inside the trunk of a car. McDermott lived with his grandmother for a time before seeking out his biological father who worked as a bartender in New York. As a teenager, McDermott worked with his father at the bar, serving customers drinks and breaking up bar fights.

Growing up in the spotlight with a rock star dad is a sure recipe for a crazy upbringing. Ozzy Osbourne’s kids, Kelly and Jack, had less than normal childhoods growing up, as shown on their reality TV series, The Osbournes. Much like their dad, both kids struggled with drug use. In her 2010 book, Fierce, Kelly writes about how her drug habits formed. At the age of 16, she took Vicodin at a club party. “I was relaxed, tingly and happy. The next morning, I called the guy and bought two or three pills for about $20,” she wrote. When her mother Sharon was diagnosed with cancer in 2002, her addiction grew worse. “I was trying to stay strong so I took Vicodin to hide the terrible sadness. But by this point, I was waking up and emptying six Vicodin into my hand.” Kelly’s younger brother Jack also struggled during this time. When he was 14, he was brought to a child psychiatric ward because he was addicted to OxyContin. His mother’s cancer diagnosis brought on depression, and he tried to commit suicide. Kelly and Jack have sought help for their addictions and are proudly sober today.

For all her sweetness, Drew Barrymore had a dark upbringing that could have killed her. At the age of 6, Barrymore’s career as a child actor blew up after she was cast as Gertie in E.T.: The Extra-Terrestrial. While Barrymore struggled with the pressures of new found fame, her mother wrestled with her inability to launch a successful career. Troubled, Barrymore’s mother took her to clubs when she was only a teenager. At 9 years old, Barrymore was already drinking alcohol and smoking pot. By 13, she had spent time in rehab for cocaine use. With her mental health at its lowest point, Barrymore tried to attempt suicide at 14. Today, Barrymore gives her 2 children more support and structure than she had growing up. “As I had kids nearing 40 rather than in my 20s or 30s, I guess I had to grow up. I needed to figure out a lot of things that I didn’t learn when I was younger by example,” she said in a 2014 interview with the Daily Mail.

Wowie wow wow, Christopher Walken had an interesting childhood. Walken began acting at an early age along with his brothers Glenn and Kenneth. At the age of 15, Walken took a job at a circus where he worked as a lion tamer. Yes, a lion tamer. In 2012, The New York Times Magazine asked Walken why he decided to take on such an unconventional job. “It just looked too good to pass up,” he said. “I like cats a lot. I’ve always liked cats. They’re great company. When they eat, they always leave a little bit at the bottom of the bowl. A dog will polish the bowl, but a cat always leaves a little bit. It’s like an offering.”