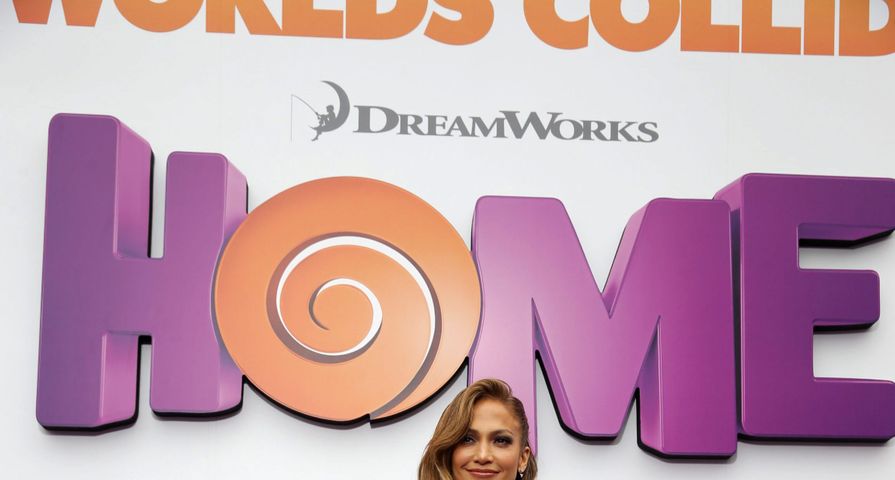 Being a celebrity can be a demanding lifestyle. Between work, press, travel, and the constant attention of paparazzi, being a parent on top of it all is no small feat. Most celebrities manage by hiring help. Nannies provide in-home care for the child(ren) so the star parents can rely on a someone to nurture their little ones while they are unable to with their demanding celebrity lifestyle. However, some celeb parents are saying no to nannies. With all the nanny scandals (mainly affairs), perhaps it’s causing some traditionalists to rise out of these Hollywood marital ashes. Whatever the reason may be, it’s definitely possible for celebs to go nanny-free. Here’s some celebrity parents you may not have expected to go the road less traveled.

The Walking Dead and Grey’s Anatomy actor Jeffrey Dean Morgan and One Tree Hill actress Hilarie Burton are one of the most under-the-radar celebrity couples out there, so it shouldn’t be surprising the two have opted not to have nannies for their two children. The pair welcomed their son Augustus “Gus” Morgan in March 2010 and eight years later welcomed their second child, a daughter named George Virginia Morgan in February 2018. Morgan revealed in an interview however that they like to handle things themselves. “It’s hard. Between the two of us, we’ve had our hands full, but we’ve managed to do it without any help. We have babysitters now and again, but we don’t have nannies,” he told PEOPLE.

Former 7th Heaven star Beverley Mitchell and her husband Michael Cameron might be busy parents to their son Hutton and daughter Kenzie, but not busy enough to persuade them to hire a nanny.  “It’s just us and the kids. Family is the priority. I really don’t think I want to pay someone else to get to have the time with my kids. I want that time,” the actress explained.

Between the two of them Sarah Jessica Parker and Matthew Broderick have more than enough money to pay for a nanny to assist them, but the famous duo chose not to go that route when it came to parenting their children. The Sex and the City actress and the actor share son James and twin daughters Marion and Tabitha and Parker revealed it was very important to both of them to raise their children together instead of with a third party. “That’s something that’s important to both of us, because what’s the point in having a family if you’re not really going to participate in it?” she told US Vogue.

Actor Matthew McConaughey and his wife Camila Alves are parents to two sons and one daughter: Levi, Livingston and Vida, but the children do not have a nanny. Instead, Alves and McConaughey rely on each other and Alves’ mother who lives with the family. “It’s just me and my mother with the kids. I don’t have a bunch of different nannies that circle around. There’s nothing wrong with a lot of nannies. I just like to be very hands-on. We make their lunches, get them ready for school, drive them and pick them up from school every day. So it gets tricky with timing,” Camila Alves said about balancing three kids without a nanny and with her husband away so much for filming.

Having twins is double the diapers and double the commotion in a household, but Rebecca and Jerry O’Connell decided to do it together. The pair, who are parents to twin girls Charlie and Dolly, step up for each other to make sure everything gets done. “We’re each other’s assistants. We pick up each other’s slack. Whoever is less busy helps the busier one: ‘Can you go pick up this for me?’ or ‘Can you book my flight?’” Romijn explained of their lives without a nanny.

The real estate mogul and presidential candidate Donald Trump has had a long life of business before family. With two failed marriages and four children, when he married 3rd wife Melania and they welcomed son Barron in 2006, things changed. Donald still remains a busy working man, but he told People that he and his wife Melania, don’t rely on nannies to help raise their son saying, “If you have too much help, you don’t get to know your children.” Melania did note her husband’s crazy work schedule stating, “He [Barron] needs somebody as a parent there, so I am with him all the time. As you know my husband is traveling all the time,” but then she said that when Daddy Trump is around, she gives them one-on-one time.

The first days with a new baby are almost always the hardest. Even the average, everyday moms will seek help for those first few months. For Mila and Ashton, they opted to keep those first few months just for themselves without any help. In 2015, Mila went on Ellen Degeneres to talk about being a new mom, being up all night, and breastfeeding the couple’s daughter, Wyatt. She praised Ashton as a father and shared how he was all game for diaper changes and swaddling. When Ashton himself went on Ellen, he shared, “We just want to know our kid. We want to be the people that know what to do when the baby’s crying to make the baby not cry anymore.” Mila, however, did say that when returning to work, she would need to enlist help and has rumored to be interviewing “Granny’s” to avoid the whole risk of a nanny affair in her home.

The thought of being 42, and welcoming twins as well as caring for a pre-teen boy, while balancing a career sounds daunting, but Celine Dion is one tough woman, committing herself entirely to caring for the twins. The only help she enlisted was that of her mother and sister. She told French magazine, GALA, “I didn’t have these children to not take care of them, to give myself to them 200 – 300 percent. I am changing diapers and breastfeeding and that’s something where no one can take my place. It’s tiring but an intense joy.” Celine welcomed the twins in October 2010 and now takes on an even tougher role as a single mother as husband Rene died in early 2016.

When Ryan Gosling and Eva Mendes welcomed daughter Esmeralda, they went nanny-free and have seemingly continued to do so. In an interview with InStyle, Eva said, “I’m a very hands-on mom; I don’t have a nanny. No matter how tired I am, I just do it.” The couple has said they enlist help from family on both sides, with Eva telling talk show host Wendy Williams, “I don’t technically have a nanny, but I do have help. I like to clarify. I’m certainly not anti-nanny, you do what you need to do as a parent, but I’m so grateful that I have help with my family and [Ryan’s] family.”

When Ryan & Blake welcomed daughter James, they took on the task single-handedly with no help from nannies. In 2015 Ryan sat down for an interview with GQ where he shared about baby monitor apps on his phone and how that’s his life now. He told the magazine, “I have no problem waking up five times in the middle of the night and changing diapers, and as exhausted as you get, I have this stupid grin on my face all the time. And that’s not because I have a nanny or something like that. It’s just us right now, and I love it.” The couple have done well so far, and now are layering on the parental duties with baby number two this year.

Since day one of parenthood, Brad & Kimberly decided they weren’t going to use nannies. Brad told People that the couple share duties and rely on each other for help saying, “I don’t care how high and mighty you are: Change a diaper, man.” The couple have two sons, Huck and Jasper and live in Nashville where when they do need a helping hand, they rely on their moms. Brad does admit that he is away touring often, but that it also gives him the opportunity to be home for long stretches of time, too.

The 8 year marriage between the two young stars gave the couple two adorable offspring, daughter Ava and son Deacon. While the couple split long ago and went on to each have children with new partners, Ryan reflected back on his time of parenting with Reese and stated in an interview that because both him and Reese were raised in more humble environments, they opted to raise their children without the use of nannies, saying, “if we weren’t as hands on as we are,  if we allowed them to be raised by nannies. I think then they would become a-holes.”

Jenna Fisher welcomed her first child, Weston, in 2001 with writer and direction husband, Lee Kirk. She spoke openly in an interview with People about her experience as a celebrity mom, saying, “It’s so funny because I think there’s the perception that every [famous] woman has a driver and a chef and a personal trainer and a nanny. When I say I’m going jogging with my son or eating certain things or whatever, there’s a tendency to be cynical and say, ‘Of course, because someone cooked it for her’ – or ‘she’s on a date, because she had her nanny watch the baby.’ No, absolutely not. I want people to know that.” Since then the couple welcomed daughter Harper Marie.

The talented vocalist superstar has long been known for being a complete diva. So it may surprise you to know that back when welcoming twins with former husband Nick Cannon, he revealed to  InTouch that they weren’t using nannies! “Nah. We’re not for all of the nannies and stuff,” Nick said. “Nothing against anyone who is, but my wife wants to be as hands-on as possible.” However, this nanny-free lifestyle didn’t last forever and the couple did enlist help for twins Monroe and Moroccan. Had they of stuck with the nanny-free lifestyle though, they could have avoided being sued by one later.

Another diva, another set of twins. Jennifer Lopez (alongside former husband Marc Anthony) would be one of the last celebrities you’d expect to take on the task of parenting without help. With both parents having demanding schedules and A-lister celebrity status, it’s surprising to say the least. She and Marc took shifts taking care of the babies when they were first born. Eventually Jennifer did employ some help, then changed her mind, telling Vanity Fair, “it wasn’t for me,” and enlisted help from family and a childhood friend instead. These days you can see Jennifer changing her mind on the matter once again, as she’s seen out and about with her manny (male nanny) for help with the twins Emme and Maximilian.