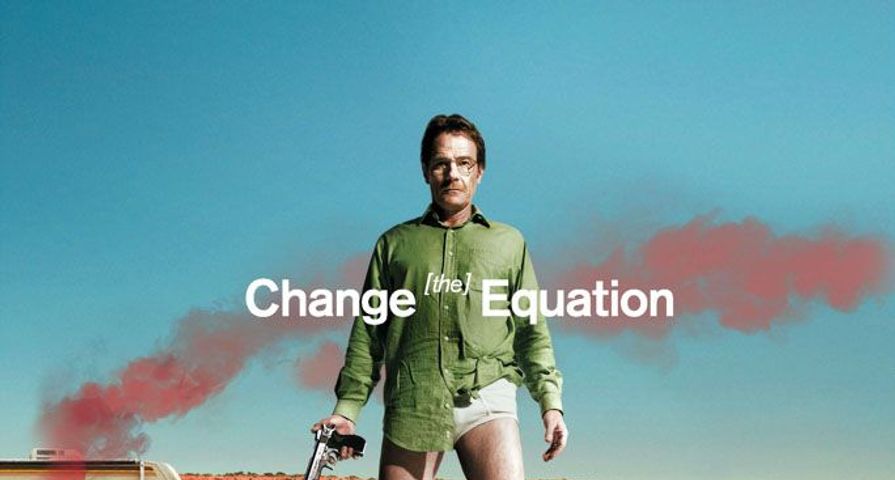 The pilot is a staple of television programming, functioning as a conceptual pitch to the network they’re airing on and as an introduction to the show’s world and characters for viewers.  Pilots are not often regarded as being a highpoint of a show’s run, as they are often too focused on building viewer interest and do not have the benefit of months or years of plot and character progression to hit the necessary beats that comprise a great episode of television. That being said, there have been many pilot episodes over the years that have been able to stand on their own and are cited as some of the best episodes of their given series. The following 10 TV pilots are some of the best ever made.

Justified is arguably one of the most underrated programs on right now, despite it being consistently excellent. Justified’s first few episodes actually got off to a slow start but this is partly because the pilot episode was so hard to follow. Focusing on Deputy US Marshal Raylan Givens (Timothy Olyphant) and his return to his hometown of Harlan, Kentucky. The pilot episode tells its own self-contained story focusing on the bad blood between Raylan and childhood pal Boyd Crowder (Walton Goggins), who as an adult just so happens to be a neo-nazi drug runner. The pilot was an adaptation of a short story written by Elmore Leonard, and Walton Goggins was so well-received in the role that his character was brought back and made a series regular.

The pilot episode of Friday Night Lights is so good, it might make you wonder how the rest of the series could live up to it. This is because the pilot was an adaptation of the 2004 movie of the same name directed by Peter Berg, who also created the series and directed the pilot. Focusing on the Dillon Panthers, a high school football team that is the beating heart of its community, the pilot introduces all of the main characters as they prepare for the team’s opening season game.  Once the game gets underway, the pilot really picks up steam with unexpected tragedy and surprising character moments. Berg infuses the pilot with cinematic sensibilities; the whole thing feels larger in scope than a high school drama should and the episode truly feels on par with the quality of a film production.

Mad Men is, at its core, the story of its central character, genius 1960s ad man Don Draper. Yes, it is the story of other characters as well and they are served well in this episode, but Mad Men’s pilot is more concerned with introducing Don, a man who is a mystery to everyone, including himself. The opening and closing scenes of the pilot are 2 of the best scenes in the entire series because they encapsulate so much of what Mad Men is trying to say about human identity. In particular, the closing scene upends Don Draper’s identity (at least how he’s been presented up to that point) by revealing that he has a wife and kids and is not the swinging bachelor that his persona would have us think. Mad Men’s pilot is so excellent because it has so much confidence right out of the gate, a quality that has stayed with the show in the years since.

Most of The Shield’s pilot looks and feels like other police dramas of its era, with the exception of its focus on a group of crooked cops. The primary plot of the series is also seemingly introduced in the first hour: the noble captain and his trusty informant are going to try and bring down Vic Mackey’s (Michael Chiklis) corrupt squad of officers. The viewer knows where this is going right up until the final minute when Vic guns down the informant in cold blood, supported by his squad. Suddenly, the rules have changed and it’s not clear where The Shield is going to take things next. Uncompromising and ruthless in its storytelling, The Shield’s pilot starts off one of the best police dramas of the new millennium with a bang.

This might be the most confident pilot ever made, which is fitting given the pedigree behind The Sopranos (creator David Chase was already a veteran of television when he made The Sopranos, having worked on series such as The Rockford Files and Northern Exposure). The Sopranos, along with the prison drama Oz, helped make HBO one of the leading producers of high quality dramatic series. As befitting an HBO production, The Sopranos feels epic in scope, and it’s clear from the pilot episode alone that this is the television equivalent of the best gangster films, such as The Godfather and Goodfellas. This pilot is truly one of the most significant ones ever made, as it helped pave the way for other adult-oriented programming down the road, such as Breaking Bad and Sons of Anarchy.

Pilots are truly at their best when they break convention and viewer expectations. Many of the shows on this list do this to one degree or another. It’s hard to believe now given its enormous popularity, but Game of Thrones, by its very nature as a complex fantasy series, was a tough sell when it debuted in 2011. The pilot does a commendable job of introducing the show’s world and characters (although it’s all still pretty confusing by the end of the first hour). One of the main characters in the pilot is Bran, one of the younger children in the Stark family. Most of the episode is framed from his point of view, which makes it all the more shocking when, by the end of the first hour, Bran is seemingly dead after being thrown out a window, making it clear that all bets are off and no character is safe.

The pilot episode of Battlestar Galactica is different in format compared to most pilots, in that it takes the form of an almost 4 hour long miniseries. While some might argue that this format change means that it is not a pilot, anyone who actually watches it would agree that the miniseries fulfills all the requirements of a good pilot: it introduces viewers to the concepts, characters, and world of the show while leaving the viewer wanting to tune in next week and beyond.  Although there are sections of this pilot that drag a bit, the overall tone is breathless, as we are quickly introduced to the good guys and just as quickly see their entire world literally crumble around them. It’s difficult to think of many other shows that begin with such a bleak and seemingly insurmountable struggle for the heroes to overcome.

“I hate high school” is how lead character Lindsay Weir begins the Freaks and Geeks pilot, a sentiment shared by millions of others who have had to endure the trials of adolescence.  Really, the pilot episode could have been the only episode made and it would still be no less poignant because of its emotional honesty. Luckily, fans got 18 episodes of this wonderful series, but it’s incredible just how strong the series was right out of the gate.  Far removed from the false, rose-tinted view of high school offered by programs such as Saved by the Bell, Freaks and Geeks examines what it’s like to be one of the losers; one of the kids who doesn’t really fit in. Simultaneously hilarious and heartfelt, the Freaks and Geeks pilot is pretty close to television perfection.

Mild-mannered teacher gets cancer and decides to make and sell crystal meth in order to provide for his family. It seems like such a simple premise now, but the pilot episode of Breaking Bad takes this plotline and runs with it in directions few would expect. None of this would work without the stellar work of Bryan Cranston as Walter White, whose transformation into ruthless drug kingpin seems light years away in the pilot, where we’re presented with a meek and bumbling amateur who is in way over his head.  The other main strength of the pilot is its originality; series featuring anti-hero protagonists are a little too common right now but that’s because of the enormous impact of Breaking Bad. Back in 2008, this pilot was a breath of fresh air and an introduction to one of the best television shows of all time.

It’s rare to see a TV show break new ground with its pilot episode; after all, pilots are merely introductions to the show – the defining characteristics are often filled in with later episodes. The pilot of Lost, in which a group of castaways crash-land on a mysterious island, shattered expectations of what pilots can do, delivering a first episode that looked and felt more like a big-budget movie than an episode of television. Delivered in a 2 hour package, the Lost pilot was famously directed and co-written by J.J. Abrams, now one of Hollywood’s biggest directors, who infuses the pilot with so much spectacle and intrigue that it’s easy to see why it was also the most expensive pilot ever produced at the time. The episode won many awards and accolades, and most importantly, left viewers wanting more.