10 Best Acting Duos Of All Time 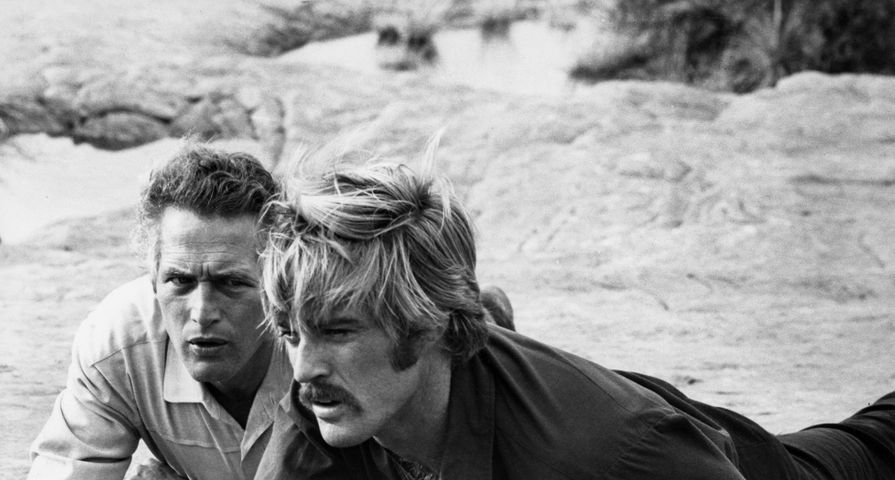 They are the pairs who get together, and you can’t help but watch. They are the individuals when coupled, offer most impressive chemistry. We’re talkin’ the best acting duos of all-time. And we’re talkin’ one of the hardest lists to ever compile. This is a broad brush stroke including film duos, and TV duos, because sometimes you feel like gold, and sometimes silver; sometimes you like buddies, and sometimes romantic buddies. Based on an intricate algorithm far too complex to explain, here are the 10 best acting duos of all time.

Mulder and Scully. They’re back at it. Here’s some immediate proof in the acting duo pudding. X-Files is enjoying a rebirth because of two things: David Duchovny and Gillian Anderson. And this will put the acting duo to the test. Is their chemistry something that will bridge a generational gap, and lure new audience members to a past brand of entertainment, or will it only draw a percentage of former fans who could become bored after the novelty of Mulder and Scully being back together wears off? There’s no denying the power of shared screen presence these two brought to the tube and the sliver screen from 1993-2002. They were a different brand of smart and sexy, and it was a welcome change to the TV landscape during the Generation X/grunge era. And of course, they’re still smart and sexy.

When you think “greatest rite of passage romances,” it’s really tough to beat Kevin Arnold and Winnie Cooper on The Wonder Years. Fortunately, for everyone involved–from show creators to audience members–Fred Savage and Danica McKellar were immediately comfortable with one another. They were young, intelligent individuals who were as charming as that leprechaun on the cereal box. They ushered one generation through their own first kisses, while injecting nostalgia into all generations who’d enjoyed those universal experiences. Their ups, their downs, the fact that… well, we don’t want to spoil anything. These two had wonderful onscreen chemistry, and were great friends when the cameras weren’t rolling. It all translated. It was all believable. And it has survived the test of time. For those who have yet to binge watch this series: what are you waiting for?

This acting duo could be so much closer to #1 on the list. The magnetic–scratch that–the gravitational force of this duo was unlike anything put on television before. They changed the game. The only reason they’re not sitting at #1 is because we want more from them. Nah, they don’t have to be Walter White and Jesse Pinkman. We’ll take a father and son flick. We’ll take a remake of Tuesdays With Morrie. Whatever the case, we want more. Is that too much to ask? The on-screen relationship between Bryan Cranston and Aaron Paul is a testament to their fearless approach to acting, as well as the level of trust they had with one another. We’ll likely never be privy to the rehearsal and play sessions between the two of them and Vince Gilligan, but we can imagine they would serve as a master class in approaching a scene.

For those who haven’t seen Thelma and Louise, what’s the hold up? Put it in your queue, and make it happen. There are few things more powerful than a film featuring characters who are fed up, tired of bearing the brunt of the blow and lash out against the oppression. And when it’s two women who drop the hammer on a few jerks who are most deserving, it is a particularly joyous romp. Not to mention, this is the film that thrust a young Brad Pitt into the spotlight. Geena Davis and Susan Sarandon were the perfect pair to lead this feature, their electricity was off the charts and somehow, it’s the only thing they’ve done together. How is that possible? Make one of the greatest movies feature females in the history of Hollywood, and they don’t plug these two gals back into a mix together?

Name the first movie in which Tom Hanks and Meg Ryan starred opposite one another. If you guessed Sleepless in Seattle, that is incorrect. We’re looking for Joe Vs. The Volcano. The John Patrick Shanley film that was completely undersold, misunderstood and ahead of its time. It is one of the most poetic films ever written, and regardless of what you might find in sifting through Internet cynicism, this isn’t a bad script. This script is one of the most underrated, witty and romantic ever written. Enough digression. The chemistry between Tom and Meg in this film is why Nora Ephron went after them for Sleepless in Seattle, and reunited them for You’ve Got Mail. These two together make you want to be in love. And they’re together again in Meg’s directorial debut, Ithaca, this winter.

Butch Cassidy and The Sundance Kid: the stuff legends are made of. The legend and lore of the real men led to the movie, and the movie led to one of the greatest onscreen duos of all time. The script itself is one of the best ever written, rife with witty one-liners. But without Paul Newman and Robert Redford…? These two didn’t make it a habit to jump into films together, but they did enjoy one other collaboration, The Sting, which was further proof to their complementary relationship. For dreamy-eyed female film lovers, and dudes hoping for the greatest bromance of all time, these two served as an on-screen dynamo unlike any other. If you’ve met a man who doesn’t have a secret fantasy to be a lovable villain at least once in his life, there’s a good chance he’s an android.

Duos wouldn’t be duos if we didn’t have Laurel and Hardy. Stan Laurel and Oliver Hardy established a paradigm that has often been imitated, but never duplicated. Together, they starred in over 100 films. Their careers as individuals stretched from the silent era to the golden era of cinema, and included shorts and features. Fortunately, most of their stuff is accessible thanks to the Internet. They came to know one another working together in 1921 film, The Lucky Dog. This was before their signature style, and slapstick shtick had been developed and perfected. They were a perfectly complementary pair, being total opposites in appearance, and physical stature. They worked together for some 30 years, eventually retiring from screen and enjoying time on stage. Their popularity extended internationally, and they were known by a variety of nicknames throughout many different nations.

Fred Astaire and Ginger Rogers still serve as a most excellent remedy for a bad day. If you’re feeling particularly ungraceful, and in need of a beautiful, rhythmic aesthetic, find a few clips of these two. Of all the dancing duos throughout history, from Nureyev and Fonteyn to Baryshnikov and Kirkland to Kelly and Charisse, none really came close to the popularity of Fred and Ginger. These two redefined dance steps for instructors. And what couldn’t they do together? Fred Astaire always attracted a spotlight, but it would never have shown so brightly without Ginger Rogers. Ginger was the perfect partner for his athletic dance style, and her Midwestern charm wasn’t lost on audiences. The only thing that matched her beauty on-screen was her own athleticism.

Another acting duo who could have been at #1, and likely are on many lists… Liz Taylor and Richard Burton. These two were as hot as you could get on screen, and still legally roll the film in public theaters. They graced the screen together 12 times–10 feature films, one made for TV movie and one appearance on the TV sitcom, Here’s Lucy. To liken their relationship to our contemporaries, it would be like Brad Pitt and Angelina Jolie doing movie after movie together. Yes, Liz and Richard were afire off-screen, and as expected they lived in a sea of drama. It’s hard to say which film served as their best, but Who’s Afraid of Virginia Wolf drives a convincing argument. Then again, considering pure Hollywood golden era, and its first incomparable stars, Cleopatra would deserve a solid nod.

Where would comedy be without Abbott and Costello. William “Bud” Abbott and Lou Costello were comedic gold. They offered their comedy as early sketch, stand-up and of course, in several feature films that have survived the test of time. When you watch a movie, TV show or endure some sketch comedy these days, and appreciate nonsense that is easily refined into gold, it’s homage to Abbott and Costello. Comedians like Will Farrell, Ben Stiller, Amy Poehler, Tina Fey, Steve Carell, Stephen Colbert: they’re all speaking the same language developed by Abbott and Costello. Though these folks will shift the straight man. For Abbott and Costello, Bud was always the straight, and Lou offered the punch, or the cut-up. For those who are yet to be in the know, The Time of Their Lives is a great place to start.