10 Actresses Who Were Unrecognizable In A Film Role 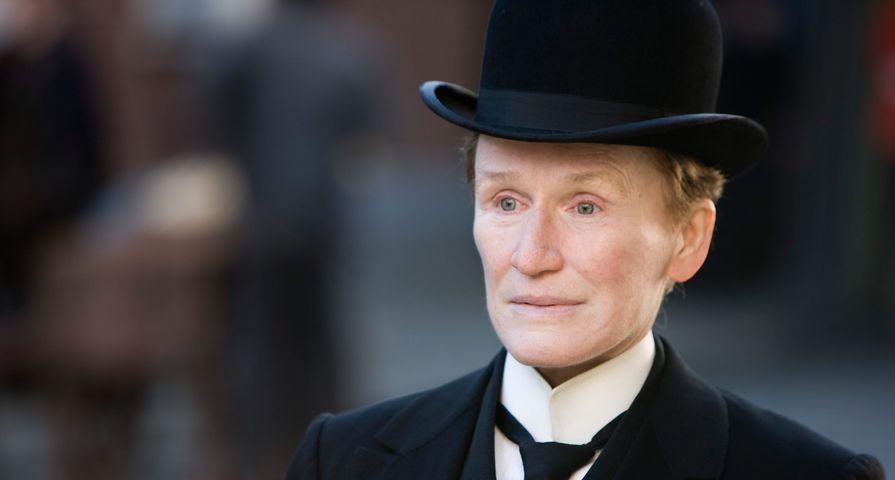 In order to take on some of the more dynamic and challenging roles Hollywood has to offer, many of the beautiful A-list celebrities have to undergo a serious transformation to make their roles believable. Many of the actresses on this list earned themselves some pretty substantial accolades due to the fact that they were virtually unrecognizable and were able to portray the characters with all of their complexities. This list celebrates the women who put it all on the line to embrace the roles, that were for many, career changing.

In order to play the role of Bridget Jones, Renee Zellweger had to pack on 20 pounds and master the British accent. She accomplished all that was asked of her and earned herself a nomination for an Oscar for Best Actress. After filming ended, the normally slender Zellweger returned to her normal weight, but had to turn around a regain it for the sequel Bridget Jones’s Diary: The Edge of Reason. The actress has recently been on Hollywood hiatus, but is returning to play her beloved character in the third installment Bridget Jones’s Baby, set to be released in 2016.

Hilary Swank solidified her position on Hollywood’s A-list after her Academy Award and Golden Globe win for her portrayal of a transgendered man in the film Boys Don’t Cry. Despite only earning $75 a day for her work on the film, she lived and dressed as a man for a month prior to filming, and trimmed her body down to only 7% body fat to make her facial features more angular. Now there is someone who is dedicated to their craft!

8. Meryl Streep: Into the Woods

This A-lister is the queen of portraying characters in such a way that you forget you’re watching a movie. From playing Julia Child in Julie and Julia to her role as the haggard witch in Into the Woods, Streep is the master of transformation. In Into the Woods, she wore prosthetics on her chin and forehead and oral inserts to make her teeth look rotten. Her appearance and acting chops garnered her more attention than anyone else in the film.

Okay, so Demi didn’t earn any fans or Oscar nominations for her role in G.I Jane, but the film will be forever remembered for the scene in which Demi’s head gets shaved (a head of hair that was also unforgettably displayed blowing in the wind on the cover of Striptease). What many people don’t know, is that Demi truly embraced this role full-heartedly and actually adopted the workout regimen of the Navy Seals to be in top physical and mental shape. This role was one of her last and her demanding behavior onset is said to have reinforced her Hollywood nickname/legacy, “Gimme Moore.”

In order to transform the beautiful Hunger Games actress into the mutant character Mystique for the X Men series, Jennifer Lawrence had to spend almost 8 hours in makeup having her body painted blue and her hair turned the electric orange, and of course, creating those neon yellow eyes. When she reprised the role in X Men: Days of Future Past, the production team opted for a body suit instead of the full-body paint, as the paint seemed to irritate J-Law’s skin. This changed the 8 hour makeup session to a 3 hour one, and involved painting her from the neck up.

5. Cate Blanchett: I’m Not There

Cate Blanchett has proven that her acting talent is so great that it belies gender roles. The 2007 film I’m Not There is based on the life of Bob Dylan and several actors take on the roles of Dylan’s multifaceted personality. Cate plays the first manifestation of Dylan, a musician named Jude Quinn who dies in a motorcycle crash. Cate was the only female enlisted to portray Dylan, but her resemblance may have been the most accurate. On playing the role, Cate has said, “I just strapped those breasts down, and went for it.”

The 2011 film Albert Nobbs starred Glenn Close as a woman playing a man trying to find work in the harsh environment of 19th century Ireland. Glenn underwent hours of makeup while the crew played with various looks to capture the character fully. Close’s portrayal of Albert Nobbs earned her an Oscar nomination for Best Actress.

Charlize may be one of the most easygoing actresses when it comes to altering her look. Despite her stunning beauty, she was enlisted to portray the infamous female serial killer Aileen Wuronos in Monster, a role which required her to gain 30 pounds, bleach and shave her eyebrows, and deliberately damage and thin out her hair. She spent hours getting her makeup done to make her skin look older and sun damaged, and she had to wear prosthetic teeth. All of this effort paid off though when she won the Oscar for Best Actress for her portrayal.

Nicole’s portrayal of Virginia Woolf in The Hours was a landmark of her career, earning her the Oscar for Best Actress. The natural beauty had to spend hours in makeup to downplay her features and blend in her prosthetic nose. The simple change of Nicole’s nose was enough to make this A-lister unrecognizable to audiences, but her portrayal of the famous writer is absolutely memorable!

1. Rooney Mara: The Girl With the Dragon Tattoo

Rooney was able to make the transformation into the gothic and complex character of Lisbeth Salander for the English adaptation of The Girl With the Dragon Tattoo so well that she landed herself an Oscar nomination for Best Actress. In order to accomplish the look, Mara had to leave behind her nice girl image. She dyed her hair black and shaved part of it, bleached her eyebrows, pierced her nose and her right nipple,and wore various other fake piercings in addition to the temporary version of the infamous dragon tattoo. Her portrayal of Lisbeth was so well-received that many critics felt the English remake was better than the original.