10 Actors/Actresses With One Hit Wonders 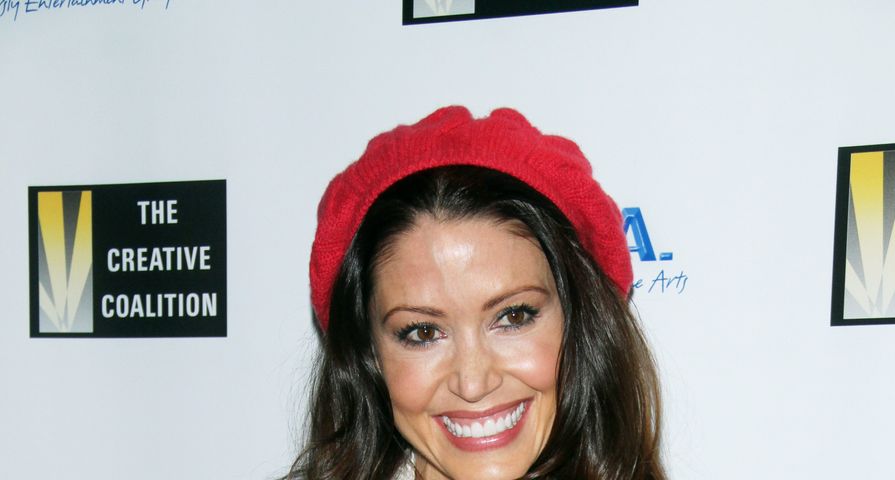 Before we begin, let’s get something out of the way. The term “One Hit Wonder” is not a bad thing. We’re not here to insult the following actors and actresses–not at all. In some cases, we’re begging for more appearances, because these people have got the goods! Somehow, these people are stuck in a rut of having one hit movie/series, and not being able to shake the stigma to score another big role in a big film. In all fairness, most of these individuals are working on smaller projects, but after hitting so big, why no love from Hollywood?

Have you even heard of Jaye Davidson? The best chance of recognizing Jaye is if you’ve seen the 1992 psychological thriller, The Crying Game. Jaye Davidson offered an incredible performance. There were articles written about Jaye’s performance in the trades, and the film itself was the “Woah. Wow!?” of the year. If you haven’t seen the film, you might want to stop reading now–this is your official spoiler alert. There’s a reason we need to be so ambiguous in writing about Jaye’s one hit, and that’s because Jaye was a man playing a man playing a woman. Perhaps he couldn’t personally shake the image from the film? But after that performance…? Not to work again…? Perhaps it’s his aversion to flying that kept him from booking jobs, though we’re guessing general disinterest from Jaye.

You are walking a fine line if you choose to don the cape of Superman. This is especially true if you’re a relative unknown in the world of film and television. Going all the way back to George Reeves, it’s a role that is tough to shake. For Brandon Routh, he offered a pretty good Superman in a pretty bad movie, Superman Returns. In some ways, this Supe film can serve as a guilty pleasure–there was some imagery that they did exceptionally well, but it was a little overindulgent. Brandon was good in the role, not great. If you find him in some other stuff–which he does work all the time–you’ll see that his skill set was limited to what the script offered in Superman Returns. And then, of course, there was the whole Kevin Spacey dominating the rest of the cast thing.

Paul Hogan became an overnight sensation with his star making vehicle, Crocodile Dundee. That Paul, he’s a charmer. And he was very good as Michael J. “Crcocodile” Dundee. Quickly, a bit about Paul. He’s hardly a one hit wonder in his native Australia, where he was well-known in the world of television for years before his international breakout with Crocodile Dundee. How successful was this film? Paul’s script was nominated for an Oscar for Best Original Screenplay, and he won the Golden Globe for his performance. Following the smash success, he was named Australian Of The Year in his home nation. What did he do after? A sequel, of course! And it was also well-received. Then he did another one–too many years later–and that was the beginning of the end for Mick Dundee.

Sticking with Crocodile Dundee, we have to offer love to Ms. Linda Kozlowski, who was the unsung hero of the film. She was the heroine, the love interest, the brick house, the brass voice… she was really awesome. It seemed as if two stars had fallen from the same film. The truth about Linda: she was Julliard educated, worked Off-Broadway, then in Broadway plays and it was Dustin Hoffman who called the casting directors of Crocodile Dundee and sold Linda as a supreme talent. Linda eventually married Crocodile Dundee in real life, and they share one son. She gave up acting after the roles she was being offered so many terrible roles. She filed for divorce from Paul Hogan in 2014. Who’s to say if we’ll ever see her on screen again. Let’s hope so. She’s that good.

From one blonde beauty to another, Amanda Schull was an actress on the rise after scoring the lead role of Jody Sawyer in the 2000 film, Center Stage. Amanda is a classically trained dancer, and she took the role in Center Stage while studying as an apprentice with San Francisco Ballet… and she came to SFB from Indiana University, where she’d completed two years of school before being offered a scholarship to attend San Francisco Ballet School. She was a busy gal. Knowing her dance career was limited in time, Amanda took a company position with San Francisco Ballet after she completed Center Stage. She continued to act in her free time after making the film, and enjoyed roles in a few films, and recurring roles in TV shows, until she retired from dance in 2006. She’s now stars in the TV show 12 Monkeys.

What would American Pie have been without “S***break!?” Eddie Kaye Thomas was the smoothness of the American Pie boys. He offered the alternative to the beer guzzling, clueless teenager. He was a man with sophisticated tastes, and loved all things well aged… including scotch and without a doubt, Stiffler’s mom. He only had one weakness, and it was using public restrooms for #2. Yes, Eddie got the best of the story arcs, and he made the most of it. Then, we never saw him again. Or have we? Eddie is working now as a cast member of the show, Scorpion, and he has worked steadily since playing the role of Paul Finch in American Pie. He has yet to be offered something huge in something really big, so studio execs, listen up: we wanna see Eddie in something huge!

Let us delve into the land of the Lloyds. There is no relation between these next two child actors, but you’ll agree that it’s some coincidence. Danny Lloyd is alarmingly well adjusted for having starred in one of the most terrifying features ever made, directed by one of the most intimidating directors to call “Action!” Danny Lloyd was the child actor who played Danny in The Shining, directed by Stanley Kubrick. His co-stars included screen legend Jack Nicholson, and the oddly incomparable Shelley Duvall… (and how could we forget Scatman Crothers?) Kubrick was very savvy in the making of the film, and Danny didn’t realize he’d starred in a horror film until many years later. After shooting the film, he did one other acting job, but lost interest in playing make believe, and went on to enjoy a normal childhood. He now teaches science at the collegiate level.

Jake Lloyd may have gotten the rawest deal of any kid who ever stepped in front of a camera. Jake played the young Anakin Skywalker in Star Wars: Episode I. We’ll have to agree that this film was his one hit based on the box office numbers–in terms of quality…? Sorely lacking. Sadly, Jake Lloyd received a lot of criticism, and the ire of fans worldwide. All fingers should point toward George Lucas, who directed the schlock, and didn’t protect the child that he put in it. Jake is now a diagnosed schizophrenic, and was arrested in the summer of 2015 after leading police on a high speed chase, and subsequently resisting arrest. He has appeared a few times at conventions, but is wary of interviewers and people who are seeking his autograph. Aside from those troubles, he works on the other side of the camera now as an editor.

Have you seen The Exorcist? Goodness. What a romp through terror, and a host of things that are quite unexplainable. If you don’t believe in things unseen, this film might change your mind… or at least freak you out a little. Linda Blair was incredible as the possessed pre-teen, Regan, who, consequently, became possessed from playing with a Ouija Board. Tsk, tsk. Let that be a lesson to all you teenyboppers out there messing with the devil. For Linda, her portrayal of the wildly possessed girl scored her an Oscar nomination. Because she was nominated, it locked in her ability to work for the rest of her life. However, scanning her filmography, there is not another hit movie to be found. She had a brief cameo in Scream, but that was nothing more than an homage.

Shannon Elizabeth shot to fame playing Nadia, the exchange student, in America Pie. Yes, she was in the mix for the sequel, but barely–a scratch on the surface. Shannon’s biggest fans know that she has done other stuff, but the masses certainly haven’t seen her in any of it, and if they have, they’ve forgotten: E.g. Jay and Silent Bob Strike Back. Whether she auditions a lot, or is stuck in the cycle of still being the “hot, naked, foreign girl in American Pie,” only a good casting director would be able to tell us. This may also be a case of Shannon not having the acting chops that a lot of her competitors do. She is easy on the eyes, but it’s Hollywood…who isn’t? If you’re wondering what she does to support her celebrity lifestyle…? She’s a professional poker player. A darn good one.