Home » Entertainment » Movies » 10 Action Films So Bad, Yet So Good

10 Action Films So Bad, Yet So Good 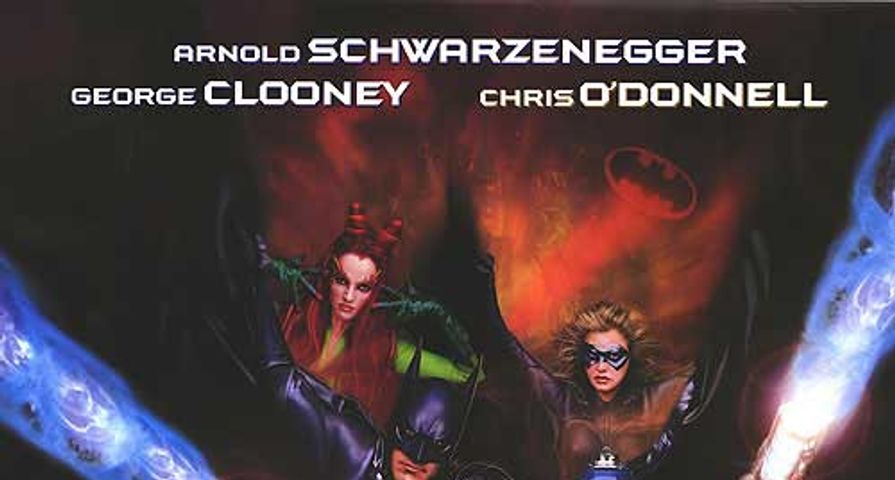 The recent popularity of films like Sharknado points to the inherent pleasure of watching a very bad film. The action movie genre seems to be the most popular and most common of the “terribly good” class, probably because most action movies already toe the line between serious and campy tones. There are many action films that contain all the elements of a truly great artistic achievement (Die Hard, Lethal Weapon, and The Terminator come to mind), but there are also countless examples of films that end up being just plain bad. Luckily, many of these terrible action films can be enjoyed for their sheer awfulness and unintentional comedy. Here are 10 action films so bad, the can only be described as “terribly good”.

By the time Deep Blue Sea came out in 1999, shark thrillers were long passé (the original Jaws was almost 25 years old by this point). Fortunately, Deep Blue Sea, in all of its over-the-top glory, is something of a love letter to the shark movies that inspired it. There is actually a fairly interesting setup to Deep Blue Sea, as it focuses on an ocean research facility where scientists are trying to find a cure for Alzheimer’s by enlarging the brains of great white sharks. Things go awry (of course) as the sharks develop increased intelligence and start hunting off the remaining humans. The movie can be tough to watch at times due to the numerous boneheaded decisions made by the humans, but the film as a whole is well-made and contains what is arguably Samuel L. Jackson’s best on-screen death of all time – and as a bonus, LL Cool J raps about sharks over the closing credits!

9. Snakes On A Plane

If there was an award for most literal title ever, Snakes on a Plane would be a frontrunner, as snakes on a plane is exactly what’s in store in this B movie delight. Samuel L. Jackson stars as a badass agent (what else?) escorting a key witness in a mob trial. Instead of sending hit-men to do the job, the gangsters do the sensible thing and plant hundreds of venomous snakes on the plane to do the deed.  It’s a dumb, and yet, amazing concept for a B movie plot. Also, there’s a key line uttered by Jackson at the film’s midpoint that makes the whole thing worth it (hint, he references his hatred for snakes using a word that rhymes with “luck”).

A perfect encapsulation of the “action films with hilariously bad premises” trend of the 90s, Face/Off, directed by John Woo, is a film with a clever title attached to a preposterous concept. John Travolta, fresh off a mid-90s career reboot thanks to roles in films like Pulp Fiction, stars as an FBI agent who literally trades faces with his terrorist nemesis (Nicolas Cage, at his wild-eyed best) in order to defuse a bomb plot. The film’s premise of using face transplants to neutralize a terrorist threat is totally unbelievable, even almost 20 years after the film’s release, but Woo still manages to craft an entertaining movie regardless. It’s fun seeing Travolta and Cage switch roles halfway through and there are some excellent action set-pieces throughout (even with the stunt wires still being clearly visible in some scenes).

The early 90s were a strange time for film adaptations of popular videogames. The now infamous Super Mario Bros. movie was utterly bizarre and had little resemblance to its source material. Likewise, Street Fighter, based on the popular fighting game franchise, takes enormous creative liberties with the franchise’s characters and plot (to be fair, Street Fighter doesn’t have much in the way of plot to build off of). Jean Claude Van Damme stars as Colonel Guile, a leader within a United Nations-like military outfit tasked with stopping the megalomaniacal M. Bison. As far as cheesy action films that make little sense go, Street Fighter is a delightful mess, made all the better by the performance of Raul Julia as Bison, who absolutely steals the whole movie and makes the entire thing worth watching. Julia famously chose the role to make his children happy and tragically passed away from cancer not long after making the film.

Nicolas Cage had a one-two punch of bad action movies in 1997 with Face/Off and Con Air. In the latter film, Cage plays a former army ranger who was incarcerated for killing a man while defending his pregnant wife. On the day of his release, he’s loaded onto a plane full of dangerous convicts, who naturally hijack the plane, making Cage the only man who can stop them. The plot has “90s action movie” written all over it, which actually enhances the film’s enjoyableness, as it teeters on the verge of parody. Con Air is riddled with cliché after cliché (a desperate hero, John Malkovich playing a maniacal villain, a 3rd act full of explosions) but there’s just something charming about the film’s commitment to these clichés, making Con Air a stupid, fun mess.

The 3rd (and final) appearance of Nicolas Cage on this list, Drive Angry was a flop in every sense of the word. Critics hated it and viewers largely ignored it, writing it off as just another early-year Cage crapshoot. While these sentiments are totally justified, it’s unfortunate that so few people saw Drive Angry because it is an absolute riot; a classic example of a film so terrible that it ends up being enjoyable to watch. The plot is just as awful as one might think: Cage plays a man who escapes from hell to save his granddaughter from a violent religious cult but of course, that’s all secondary to the action and violence up on screen. Cage is laughably bad in the lead role (which arguably enhances the film’s charm) and veteran character actor William Fichtner chews the scenery as a demon dubbed “The Accountant”.

A giant snake fights Jennifer Lopez and Ice Cube in the rainforest – with a plot summary like that, it’s incredible that Hollywood has not made much attempt to reboot this film, as that concept sounds even more ridiculously awesome now than it did in 1997 given the increased popularity of the film’s stars. Anaconda is a film that has only gotten worse with time – which actually means that it’s gotten better. The special effects are woefully dated but there’s a special joy in seeing a poorly animated snake unconvincingly consume Jon Voight whole. Granted, the first 20-30 minutes are a little slow, but once the anaconda starts its killing spree the film takes off. It’s kind of like Jaws in the jungle – it flounders considerably but still brings enough giant animal mayhem to keep things entertaining.

Best described as a steampunk western, Wild Wild West is actually an adaption of a television series from the late 1960s. The film stars Will Smith and Kevin Kline as a mismatched pair of law men out to hunt down an evil scientist (played by a practically unrecognizable Kenneth Branagh) in the old west. Wild Wild West tries to capture the same tone and style that made director Barry Sonnenfeld’s Men in Black a success, but ends up coming off as a cheesy mess. Still, this is a mess worth watching. Smith is totally committed in the lead role and the film’s elaborate set pieces, including a tricked-out train chase and a giant fire-spewing mechanical spider, are too ridiculous to miss. Plus, who can forget that Will Smith theme song?

The laughing stock of superhero films, Batman & Robin was pretty much a complete embarrassment for all parties involved (George Clooney has actually gone on record apologizing for it). Despite it being a train wreck of a film, Batman & Robin is so over-the-top and endlessly quotable that it’s fun to watch just for the sheer stupidity of everything put on screen. From Arnold Schwarzenegger’s frequent ice-related puns to the infamous nipples on the Batsuit, Batman & Robin has no shortage of content to ridicule for enjoyment’s sake. Bad acting, terrible dialogue, garish set design and musical direction – all of this combined to create the worst Batman movie ever made and killed the franchise for almost a decade. All that being said, it’s also one of the best unintentional comedies ever conceived and most definitely should be watched and ridiculed by all.

Routinely cited as one of the worst movies ever made, Battlefield Earth is so awful that it really must be seen to be believed. Essentially John Travolta’s love letter to scientology, Battlefield Earth is the perfect example of what happens when an actor with insane personal beliefs is given license to put those beliefs up on screen. A science-fiction film set hundreds of years in the future where Earth is occupied by intelligent, alien overlords, Battlefield Earth is so easy to ridicule that it’s almost unfair, but it’s the total disconnect between what the filmmakers thought they were doing and what was actually created that makes watching the movie so fascinating. The movie is meant to be taken seriously but almost every line of dialogue is unintentionally hilarious.  The film did do one thing right, however – it proved that scientology really is just as insane as everyone thought.