Home » Trending News » Y&R Weigh In: Could Stitch End Up Being Dominic’s Father?

Y&R Weigh In: Could Stitch End Up Being Dominic’s Father? 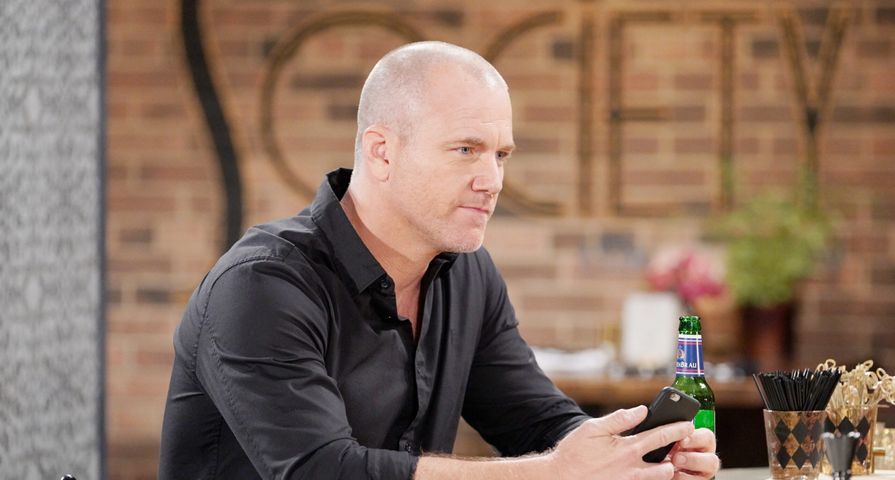 It’s hard to outright dismiss fan theories in the world of daytime drama. No matter how preposterous or outlandish, all a theory needs is a kernel of logic and viewers’ imaginations will fill in the rest. And this latest The Young and the Restless (Y&R) fan theory actually makes a lot of sense!

There’s growing suspicion on social media that Devon and Dominic might not be related at all. And you’ll be in stitches when you find out who Dominic’s actual father might be… No, seriously, the theory suggests that it’s Ben “Stitch” Rayburn.

Want spoilers? Check out Young And The Restless Spoilers For The Next Two Weeks (February 7 – 18, 2022)

Y&R spoilers indicate that Dominic’s lethargy will develop into a full-blown medical crisis over the coming weeks. Is the baby anemic? Will he need a marrow transplant? Added teasers suggest that Abby and Chance will turn to Devon when they face a major challenge.

The theory speculates that Abby and Chance will ask Devon to donate blood (or marrow) for the struggling boy, but Devon’s donation won’t be a match. Gasp! Is this potential plot twist just wishful thinking on the part of most Y&R fans?

After all, viewers made it abundantly clear that, unlike Devon and Lily, they don’t see Mr. Hamilton as Dominic’s father. An overwhelming 80.91% of readers who weighed in to our poll insisted that Devon should not be granted shared custody of Abby and Chance’s baby.

Want plotline predictions? Check out Young And The Restless Plotline Predictions For February 2022

A paternity mix-up would avenge those viewers who’ve been sickened by Devon and Amanda’s lawsuit, but it would also explain why this storyline is happening at all. Why are Devon’s actions so wildly out of character? What’s with Chance’s cavalier attitude toward his son?

And why isn’t anyone else crying foul over this custody arrangement? Abby has spoken to her mother, Ashley, over the phone about it, so we can assume that Victor is also aware. Would the Moustache really be indifferent to this lawsuit against his daughter? And what about Nina? None of these strong legacy characters have anything to say?

The battle for Dominic is pushing viewers away from a fan-favorite (Bryton James, who plays Devon) and a much-hyped recast who isn’t exactly putting his best foot forward (Conner Floyd, who plays Chance). But to what end? There must be a reason Y&R writers are tarnishing these characters, and it can’t be so Devon can hang out with Dominic once per week. A major plot twist is on the horizon.

If Stitch had gained access to the lab where Abby and Devon entrusted their eggs and sperm, this plot twist would take the focus away from the awkwardness between Abby, Chance and Devon. It would also explain the baffling return of Ben “Stitch” Rayburn last summer, because let’s face it: very little about Stitch’s kidnapping plot made sense.

If Stitch proves to be little Dominic’s father, it permits Y&R to answer some lingering questions about the abduction plot. Why did an educated and handsome doctor think he needed to kidnap Mariah in order to impress his ex-wife? If Stitch was willing to commit to such a cold and heartless act, why did he tearfully come clean to Abby and lead her to Mariah’s location?

Alternately, what if Stitch was actually unaware of Mariah’s location for the majority of her disappearance – that is, until he discovered that his son, Max, had kidnapped Copeland. Max was mentioned a few times during Stitch’s return, and it sounded like the troubled boy was still being passed around to different psychiatric facilities.

Want more spoilers? Check out Young And The Restless: Spoilers For February 2022

Was Stitch trying to protect his son and take the rap for Mariah’s abduction? Max was last seen as a boy, who deliberately caused the loss of Abby and Stitch’s child. In typical SORAS fashion, Max could now be in his late teens. Could Max be trying to “replace” the child he destroyed in a misguided attempt to help his dad? Now that would be disturbing!

Many fans suspected that Ian Ward’s fingerprints were all over the abduction plot, and that remains a possibility as well. Without help, how could Stitch – a man who doesn’t have a criminal record – evade authorities so skillfully? What if Stitch was just a pawn in a bigger plot around the Newman-Abbott-Chancellor heir?

Want more plotline predictions? Check out Young And The Restless: Forecast For 2022

Suffice it to say, there are many ways this fan theory could get Abby, Chance and Devon’s storyline back on track, while giving purpose to the otherwise silly Mariah kidnapping. That is, of course, if Y&R writers want to commit to a direction instead of waffling back and forth.

Y&R spoilers indicate that Dominic will be rushed to the hospital this month, so will a blood test send this storyline in a wild direction?