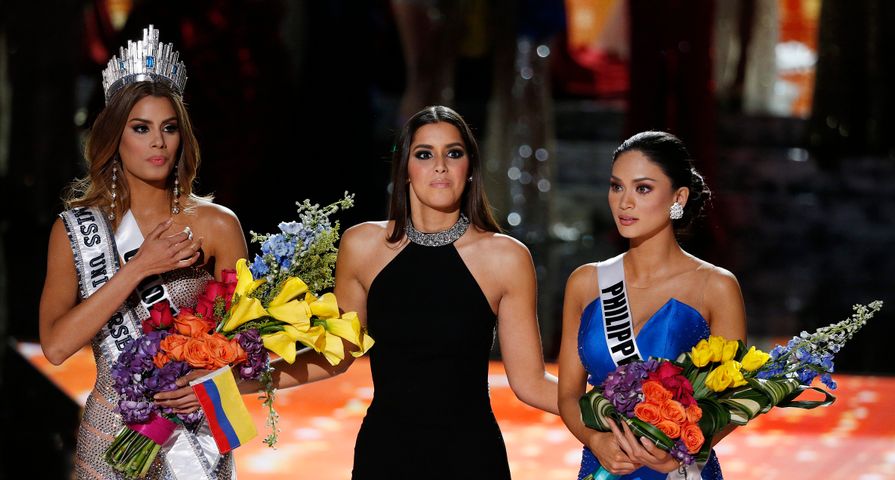 Host Steve Harvey made a major mistake on Sunday, Dec. 20 at the end of the Miss Universe Pageant at the Planet Hollywood Resort & Casio in Las Vegas – he announced the wrong winner!

Harvey accidentally announced that Miss Colombia, Ariadna Gutierrez, had won, and she was even given the sash and bouquet of flowers as the crowd cheered. However it didn’t take long before Harvey returned to the stage and explained there had been a “horrible mistake,” and confirmed the Gutierrez was actually first runner-up and Miss Philippines, Pia Alonzo Wurtzbach, was the actual Miss Universe.

It was most definitely awkward when they then had to remove the crown and sash from Miss Colombia and place them on a stunned Miss Philippines.

Following the show, Harvey took to his Twitter, writing, “I’d like to apologize wholeheartedly to Miss Colombia & Miss Philippines for my huge mistake. I feel terrible.” He then added, “Secondly, I’d like to apologize to the viewers that I disappointed as well. Again it was an honest mistake. I don’t want to take away from this amazing night and pageant. As well as the wonderful contestants. They were all amazing.”