Home » Trending News » We Weigh In: Could The Hope Mannequin Lead To Thomas’ Redemption?

We Weigh In: Could The Hope Mannequin Lead To Thomas’ Redemption? 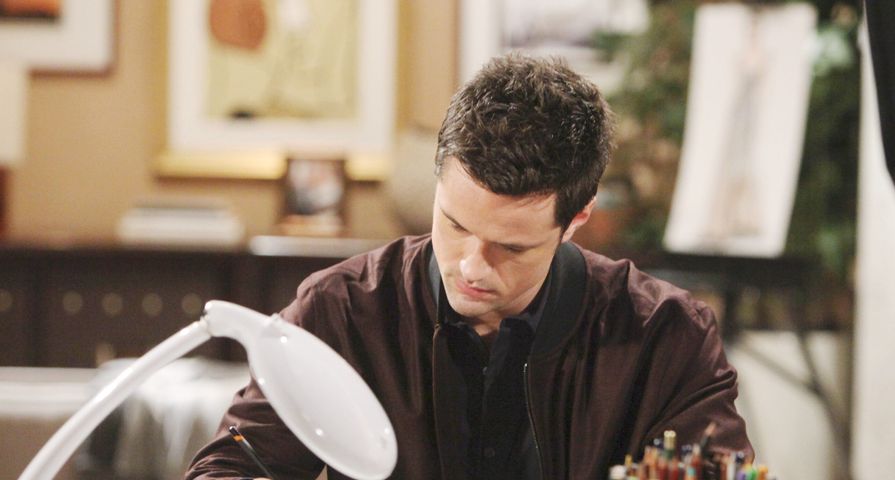 The Bold And The Beautiful’s Thomas is obsessed with a Hope mannequin. He’s got it sitting on his living room couch and hears its voice talking to him inside his head. This strange storyline has angered many fans, who feel as though Thomas is once again getting the short end of the stick. But could the whole narrative ultimately lead to his redemption?

Fans have complained for years now about the writers’ treatment of Taylor’s children. Phoebe was killed off in 2008. Steffy has almost always drawn the short straw, especially when it comes to Liam. Then there’s Thomas, who has gone off the deep end several times in just the past year alone.

Obviously, something is very wrong with Thomas and it could be physical. About a year ago, he took a terrible fall when Brooke accidentally pushed him over a cliff. It was miraculous that he survived. Not long after that, he fell backwards into a vat, after an argument with Hope. Just recently he dropped something under the reception desk at Forrester and bent down to get it. When he attempted to stand up, he hit his head on the desk.

Now he’s talking to a mannequin that’s a replica of the woman he’s obsessed with. And he’s even started to confuse the doll with the real Hope. “You’re the man I’ve always wanted Thomas, not Liam, it’s you,” he heard it say in his head recently. Then he told a confused Finn that Hope wants him, not Liam.

Some of the viewer’s outrage about this storyline is baffling, as it’s not like we haven’t seen this on a soap before. The now-defunct Passions included a character named Timmy, a doll that a witch named Tabitha brought to life.

Executive Producer and Head Writer Bradley Bell had promised viewers a redemption arc for Thomas. Could the mannequin be part of it? Will Finn recognize there’s something extremely wrong with Thomas? It could elicit a physical exam and a previously undiagnosed medical condition, like a blood clot or a brain tumor. So, take heart B&B fans, this mannequin plot won’t last forever, and it just may lead to Thomas’ redemption.