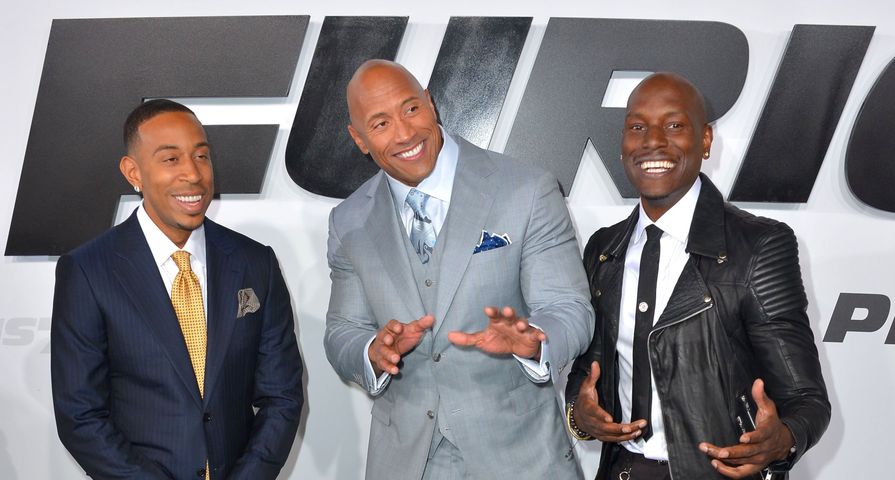 It looks like the feud between Fast & Furious stars Tyrese Gibson and Dwayne Johnson isn’t exactly water under the bridge.

After Gibson made it clear he was not happy that Johnson was getting his own spinoff back when it was announced, he continued to voice his opinion following the weekend opening of Hobbs & Shaw.

In a now-deleted Instagram captured by popular account The Shade Room, Gibson posted a lengthy message next to a headline touting the movie’s opening, which posted the lowest box office number in the franchise since the third movie, Tokyo Drift, back in 2006.

“I have to show my respects for one thing…. He tried…….. Folks called me a hater…. Attacked me for speaking out…..Breaking up the family clearly doesn’t have the value that one would assume it does,” Gibson wrote, according to the screengrab.

“You know what maybe just maybe…The Rock and the crew will come dance with us again for #Fast10 we can all hug it out and get  back to giving the true fans who have supported the franchise for 20 years WHAT they want….No hating I’m just pointing out the facts…#FastFamily has more value as the #FastFamily its ok…The Rock is still one of the biggest movie stars in the world and is not hurting for work…I have 2 franchise films and he has at least 15 so there won’t be any tears on his pillow tonight.”

“180 million dollar global opening on Hobbs and Shaw is NOT a win,” Gibson added. “Again my respects cause he tried his best.”

He ended his post with, “The world is clearly used to being severed [sic] its thanksgiving meal a certain way…they want the table to “include” all its flavors and all of its usual ingredients…The Rock comes from wrestling and he knows all about smack talking and friendly competition…So…love is love…-Roman has spoken…drops mic #NoComment.”

Back in 2017, Gibson blasted Dwayne Johnson when the spinoff film for his character Luke Hobbs was announced and said he would not be in Fast 9 if The Rock was involved.

“Everybody’s coming at me like I’m hating on Dwayne about his spinoff but I’m not. The truth is, I just he was releasing it at a different time,” Gibson told TMZ in mid-October.

On Wednesday, November 1, Gibson continued to fuel his dislike for Johnson with an Instagram post that featured himself and Vin Diesel in a joking headlock with Johnson standing beside them. “Hello world………. hello loyal fans and loved ones from OUR fast universe…….. I’m sorry to announce that if Dewayne is in Fast9 there will no more Roman Peirce – You mess with family and my daughters survival I mess with yours……… close your eyes dude you’re a “Clown”…… #CandyAssBitchMade All my real one…. Men on integrity… my real ones out here stand UP…… folks that GP to the gym and get big naturally #NoJuice #NoOJ spin off huh? Spin off these nuts selfish champ…… pause notice who’s got his arms around my shoulder and who’s standing alone -#OurChildrenMatter,” he wrote alongside the photo.