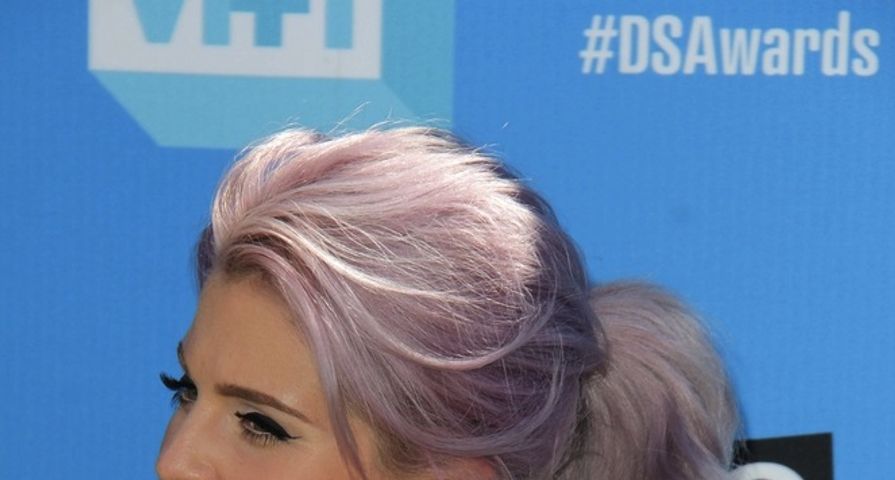 While everyone has likely been involved in a petty feud in their life, it’s always much more interesting when it happens with celebrities! Here are 9 of the most famous celebrity feuds that provide instant reminders of the fact that celebrities are only human.

9. Daniel Craig vs. The Kardashians

In an interview about how he kept his marriage to Rachel Weisz under wraps, Daniel Craig blasted the Kardashians for being “F–king idiots.” His claim that people shouldn’t sell their lives for reality television and then become upset when they no longer have privacy is well taken. He said, “You see that and you think, ‘What, you mean all I have to do is behave like a f–king idiot on television and then you’ll pay me millions?” Kardashian matriarch Kris Jenner responded by saying that Craig “crossed the line,” adding “It’s not made him look like the world’s nicest guy. The right thing for a real man to do now would be to issue an apology.”

An apology was never issued.

Sister in laws on “The Real Housewives of New Jersey, both Teresa and Melissa are no stranger to drama. However, Teresa’s ability to do nothing while her friends trash Melissa finally came to the forefront on an episode’s post show. In it, Dr. V frankly told Teresa that she was a “dumbass” for causing so much conflict.

During American Idol auditions in Charlotte, Nicki and Mariah got into a heated argument, filled with four letter words. Since both are not returning to the show, there appears to be a momentary cease-fire. However, it wouldn’t be a surprise to hear another call of “your $&%*ing highness” sometime in the near future, from either camp. The bad blood between these two runs deep.

Leave it to two larger than life characters to make statements such as “He returns – like a raging herpes rash.” That brilliant soundbyte from Rosie O’Donnell is a pretty accurate sumation of the relationship these two share. Other names the two exchanged over the course of their highly publicized smackdown? Rosie called Trump a “snake-oil salesman” while The Donald fired back by calling the former talk show host “a real loser” and “fat little Rosie.” Real mature, guys.

It takes a special person to get on this list twice, and that’s exactly what Rosie O’Donnell did. However, this one makes a lot more sense. Back in 2007, The View aired a show that included a memorable on-air throwdown between the two co-hosts over the role of Iraq in the events of 9/11. Rosie called Elisabeth “cowardly” for not defending her against the media while Elisabeth insisted O’Donnell learn how to stand up for herself. This was Rosie’s last appearance on the show.

Another dramatic outburst caused by the events of 9/11, Toby Keith vented his frustration at that tragedy by creating the song, “Courtesy of the Red, White, and Blue.” The Dixie Chicks, fronted by Natalie Maines, came out publicly against the song. They called the lyrics “ignorant” and claimed that the song was merely an attempt to cash in on the tragedy. In 2003, Keith began featuring a photo of Natalie with Saddam Hussein during his tour. In retaliation, Maines wore a t-shirt during a Dixie Chicks performance at the highly publicized ACM Awards in 2003 that read “F.U.T.K.” Needless to say, everyone knew what the letters stood for.

One of the most memorable TV fallouts in history, Charlie Sheen was released from his role on “Two and a Half Men” in October, 2010. What resulted was the most epic public meltdwon in the history of television. Sheen called Lorre, the producer of the show, “a stupid , stupid little ma and a p—y punk that I never want to be like,” adding “That’s me being polite.” Lorre sparked fury in Sheen when he wrote “If Charlie Sheen outlives me, I’m gonna be really pissed” on a vanity card at the of a Two and a Half Men episode.

All the way back in 2003, Kelly Osbourne liked to refer to Aguilera as “the dirtiest human being ever.” In a 2011 episode of Fashion Police, Joan Rivers criticized Christina for wearing an outfit in which she appeared “stuffed into.” Kelly took the jab one step further adding “Maybe she is just becoming the fat bitch she was born to be. I don’t know. She was a c–t to me. And she bought my house!” She continued, “She called me fat for so many f—ing years, so you know what? F–k you! You’re fat too.”

This is probably the easiest feud on the list to understand, and also the most powerful. Brandi Glanville used to be married to Eddie Cibrian. Now, LeAnn Rimes is his wife – after Leann and Eddie admitted to an affair while both were still married. The two have exchanged more hateful words on Twitter than any other “celebrity” duo on the list. The worst part? There appears to be no end in sight.