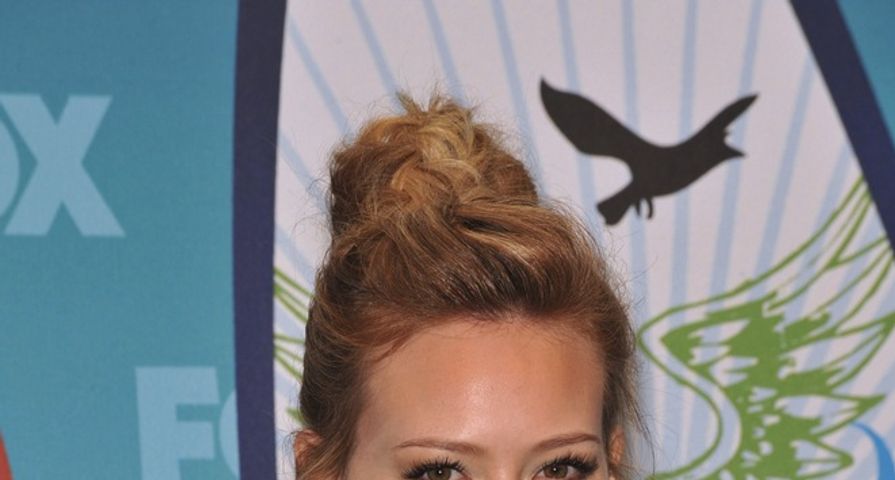 Over the years, there have a number of salacious celebrity feuds; however, they seem to be forgotten almost as quickly as they happen – probably because a new feud develops every five seconds in Hollywood! We have a list of 10 forgotten celebrity feuds that you simply must revisit! Enjoy!

As far back as 1994, Naomi Campbell and Tyra Banks have been feuding, mostly because the modeling industry pitted these two against each other! Campbell was the top African American model in the industry in the ‘90s and it has been said that she was threatened by Banks’ rise to fame. In 2005, on an episode of “The Tyra Banks Show,” the two made amends; however, rumors that these two are still sparring continue to fly.

The rift between Hilary Duff and Lindsay Lohan began back in the early 2000s when they were both dating Aaron Carter. Carter was first dating Duff, but he broke up with her for Lohan, only to break up with Lohan to go back to Duff! After Aaron went back to Hilary, Lindsay accused her of stealing her man! Apparently these two finally buried the hatchet, which is good because Aaron Carter is certainly not worth fighting over!

According to Kelly Osbourne, Christina Aguilera called her fat years ago so, during an episode of “E!’s Fashion Police,” Osbourne returned the insult when she discussed Aguilera’s weight gain. “Maybe she is just becoming the fat b*tch she was born to be. I don’t know. She was a c**t to me. And she bought my house!” Ouch!

The feud between Shannen Doherty and Paris Hilton dates all the way back to 2003! It turns out that Hilton’s co-star from “1 Night in Paris” was Doherty’s estranged husband, Rick Solomon. Back in 2003, Hilton and Doherty were both at the same party and sources say that Doherty ended up punching Hilton! It didn’t end there either. Shannen reportedly egged Paris’ car and wrote profanities on it in red lipstick!

Apparently, back in 2000, Christina Aguilera and her sister told MTV that they thought Eminem was cute but, at the same time, they warned girls about watching out for abusive guys. Well, Eminem didn’t take it very well and started attacking her in his songs “Off the Wall” and “The Real Slim Shady.” In one song, he threatened to drag her by her hair and, in the other one, he claimed that she performed sexual favors for Carson Daily and Fred Durst. We suppose there was some merit to that warning Aguilera issued!

Back at the 1995 MTV VMAs, Courtney Love hijacked Madonna’s red carpet interview with Kurt Loder by throwing a powder compact into the interview pit. In spite of Madonna asking that Love not be invited into the interview, Loder invited her up anyway. Although Madonna did try to kill Love with kindness, it didn’t take long for her to suggest that Courtney was on some kind of drug.

Back in the ‘80s and ‘90s Mia Farrow and Woody Allen were a committed couple. They had three children together and Allen was helping to raise Farrow’s six adopted children. In 1992, Farrow came across some nude photos of her adopted daughter Soon-Yi in Allen’s apartment. Turns out that Allen was having an affair with 21 year old Soon-Yi! A bitter custody battle ensued complete with sexual abuse allegations.

Shannen Doherty and Alyssa Milano were co-stars on “Charmed” and rumor has it they did not get along! Some say that Doherty was jealous of Milano’s popularity and endorsement deals, and drama on set became too much. Milano reportedly gave producers an ultimatum: Either Doherty goes or she does. We guess producers chose Milano cause Doherty was gone after that season!

Since 2001, Eminem has claimed that he had a relationship with Mariah Carey, but Carey vehemently denies the speculation. Needless to say, Eminem is furious over Mariah’s lack of respect! For years, these two artists attacked each other through their music. Eminem played voicemails he received from Mariah during their supposed relationship on his Anger Management Tour and Carey’s music video for “Obsessed” featured a stalker dressed like Eminem. Never one to take anything quietly, Eminem released a track titled “The Warning” in response and both sides have been pretty quiet since!

At the 2009 Grammy Awards, Radiohead turned down an invitation to meet Miley Cyrus, sparking a bit of rage in the young singer! “I left ’cause I was so upset. I wasn’t going to watch. Stinkin’ Radiohead! I’m gonna ruin them, I’m going to tell everyone,” Cyrus had threatened. What was Radiohead’s response? “When Miley grows up, she’ll learn not to have such a sense of entitlement.” Touché!