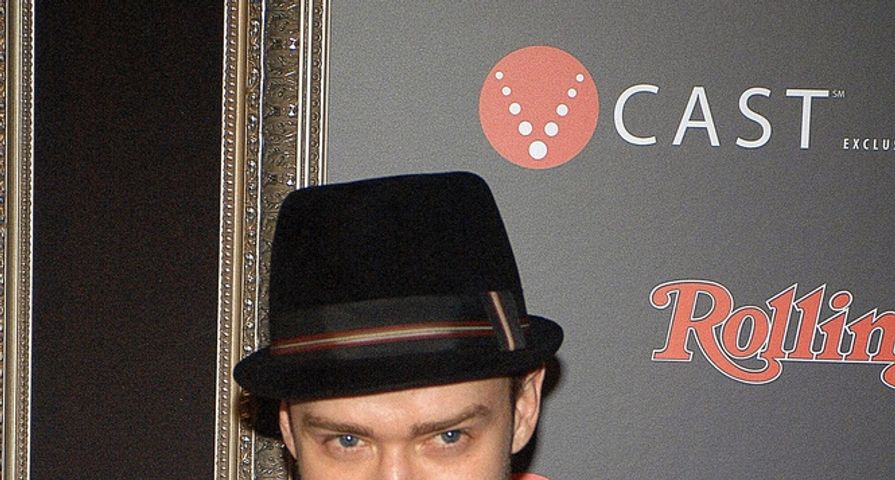 We all know that Taylor Swift has made a career out of writing songs about other celebrities, specifically her exes and the girls she doesn’t get along with; however, contrary to popular belief, she isn’t alone. Many singers have written songs about people they don’t get along with or relationships that have failed. Not all of them have fessed up to doing this, but we have enough evidence to prove that this is the case. We have rounded up 15 songs that were written about celebrities and many of them will probably shock you. Check it out!

Madonna’s song “Take a Bow” is about a failed relationship that she had with another celebrity. Some people speculate that the relationship in question was her tumultuous marriage to Sean Penn while others think it is about her romance with notorious ladies man Warren Beatty or her brief fling with Antonio Banderas.

Gwen Stefani’s song “Hollaback Girl” is about Courtney Love. These two ladies had a falling out after Love called Stefani a cheerleader in an interview with Seventeen magazine. The former lead singer of No Doubt decided to respond with the song and video for “Hollaback Girl.” “Y’know someone one time called me a cheerleader, negatively, and I’ve never been a cheerleader. So I was, like, ‘OK, f*ck you. You want me to be a cheerleader? Well, I will be one then. And I’ll rule the whole world, just you watch me,’” Stefani told NME.

Dave Coulier – from the sitcom Full House – is allegedly the inspiration behind Alanis Morissette’s song “You Oughta Know.” These two dated back in the ‘90s right before the song came out. Alanis never confirmed or denied if it was indeed about him so, after being harassed by the press about the song, Coulier cracked and said it was about him, just so that they would leave him alone.

Even Mariah Carey will admit she is a diva and a drama queen, so what better way to get back at another celebrity than to make a whole song and music video about it? The back story between the pop diva and none other than Eminem can get a little confusing, but it turns out the rapper claimed that he and Carey were together for about six to seven months, but Carey denies that is true and went so far as to respond with her song “Obsessed.” Carey finally released the song after Eminem referenced her twice on his album The Eminem Show and then played voicemails that were allegedly from Carey while on his Anger Management tour.

Of Aerosmith’s many hits, 1987’s “Dude Looks Like a Lady” off the album Permanent Vacation is one of the most catchy. Of course, over the years many have wondered what or who exactly brought around the idea for the song and its hilarious yet strange lyrics, and it turns out that the song was inspired by none other than Motley Crue singer Vince Neil. One version of the story goes that Aerosmith lead singer Steven Tyler was in a New York bar when he saw a person with long blonde hair and a nice figure and assumed it was a woman, but it turned out to be Vince Neil, causing Tyler to proclaim “Dude looks like a lady!” Neil however insists he was with Tyler doing a bar crawl when they ended up at a bar where the waiters were dressed in women’s clothing.

The Jonas Brothers have admitted that their song “Wedding Bells” is about Miley Cyrus. Nick Jonas used to date the attention-hungry singer back when they were teenagers and, judging by the lyrics, he was still hung up on her. Of course, now both have happily moved on with Nick marrying Priyanka Chopra and Cyrus marrying Liam Hemsworth in the same year.

Many believe that Miley Cyrus’s song “7 Things” is about her ex boyfriend, Nick Jonas. She’s never confirmed or denied the rumors; however, her best friend Mandy Jiroux did it for her. According to Jiroux, the song is most definitely about Jonas.

It is no secret in Hollywood that Katy Perry and Russell Brand’s split was anything but amicable. After marrying in 2010 the pair split less than two years later, and while it took some time for the singer to open up about it, she did so with her song “By the Grace of God.” Although Perry never specifically used Brand’s name, it was pretty clear that is exactly who the heartbreak song is about as Perry said in an interview, “I can only write autobiographically. I put all the evidence in the music. I tell my fans if they want to know the real truth about stuff, just listen to the songs.”

7. Jessica Simpson – Back in My Old Boots

Many don’t really remember Jessica Simpson’s music career, and her song “Back in My Old Boots” is fairly obscure, but is about none other than sports broadcaster and former Dallas Cowboys quarterback Tony Romo. According to Simpson, her relationship with Romo is what helped her recover after her split from Nick Lachey, which earned him his very own song. “What he’s done for me is irreplaceable. I wrote a song for him called “Back in My Old Boots.” I feel like I’m walking back in my old boots. Jessica Simpson didn’t lose herself along the way,” she told Glamour.

After being swept up in some major relationship drama after breaking up with Bella Hadid, dating Selena Gomez and then Gomez breaking up with him to go back to Justin Bieber while he went back to Bella, it isn’t surprising that The Weeknd expressed it all in a song. The song “Call Out My Name” off his EP My Dear Melancholy was obviously about his relationships with Gomez. “We found each other/ I helped you out of a broken place/ You gave me comfort/ But falling for you was my mistake,” the lyrics say. “Guess I was just another pit stop/ Until you made up your mind/ You wasted my time.”

John Mayer’s song “Paper Doll” was reportedly written in response to Taylor Swift’s song “Dear John.” A couple of the lyrics seem to indicate that the country singer turned pop sensation is indeed the subject: “You’re like 22 girls in one/ And none of them know what they’re running from/ Was it just too far to fall for a little paper doll?”

Billy Joel has stated that his hit song “Uptown Girl” was written about his relationship with Elle Macpherson; however, after they broke up, it also became about his soon-to-be wife, Christie Brinkley.

According to one of Britney Spears’ old backing vocalists, Annet Artani, the song “Everytime” was written in response to Justin Timberlake’s song “Cry Me a River.” “He was getting personal. Here, she had a different type of image, and he was really exposing some stuff that she probably didn’t want out there, and in front of her little sister,” Artani had explained.

After a lot of speculation, Ed Sheeran finally confirmed that his song “Don’t” is about his ex, Ellie Golding. According to him, she was fooling around with one of his friends while they were together. Many believe that the friend in question was Niall Horan from One Direction, but that speculation has yet to be confirmed.

1. Justin Timberlake – What Goes Around…Comes Around

Justin Timberlake’s song “What Goes Around…Comes Around” was reportedly inspired by the relationship his good friend Trace Ayala had with actress Elisha Cuthbert. These two were engaged when she cheated on him with a friend of his. Other people think that this song is about Britney Spears. She had cheated on Timberlake back in the day, which is what ruined their relationship.