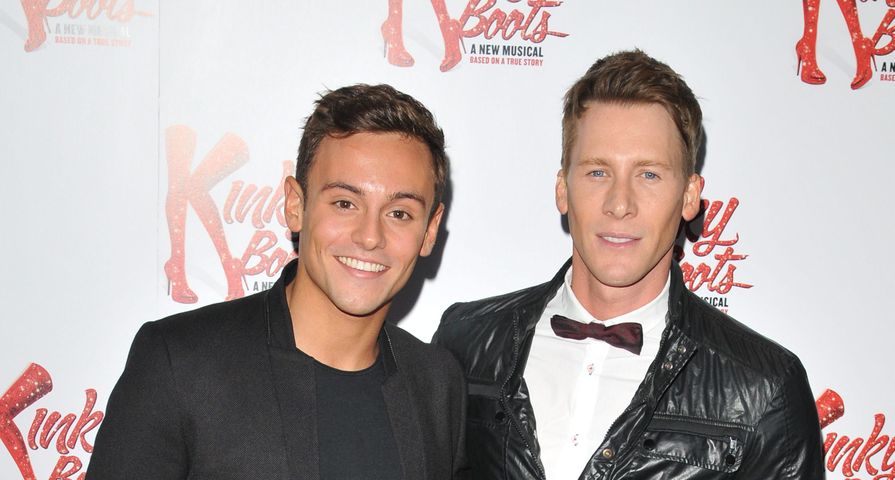 British Olympic champion Tom Daley has announced he is engaged to his boyfriend Dustin Lance Black in the cutest way — by putting the announcement in the Times of London newspaper.

The announcement was titled, “Mr T.R. Daley and Mr D.L. Black,” and continued with, “The engagement is announced between Tom, son of Robert and Debra Daley of Plymouth, and Lance, son of Jeff Bisch of Philadelphia and Anne Bisch of Lake Providence.”

The Olympic diver, 21, and screenwriter, 41, have been dating since the summer of 2013, months before Daley came out as bisexual on his YouTube page on December 2, 2013, and stated that he had fallen in love with a man but did not identify who it was at the time. “My life changed massively when I met someone, and they make me feel so happy, so safe and everything just feels great. That someone is a guy. It did take me by surprise quite a bit. I still fancy girls.”

However, it now seems that Daley has eyes for absolutely nobody else as they happily celebrate their engagement, and although many were quick to comment on the 20-year age gap between the two, sources close to the couple say Daley really “doesn’t care what people think.”

Also Check Out: 16 Celebrities You Didn’t Know Are Gay