The Infamous Playboy Mansion Has Sold 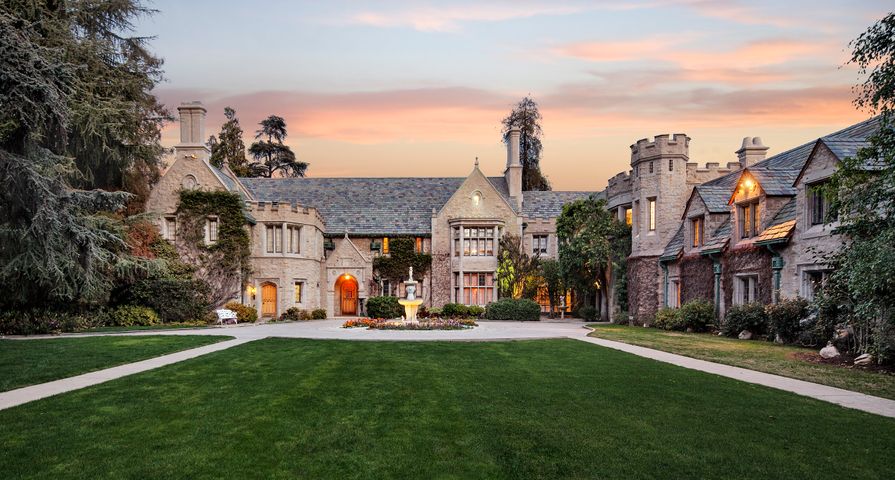 After 5 months on the market, the Playboy Mansion has sold.

Daren Metropoulos, a 32-year-old entrepreneur and heir to a billion dollar fortune, has purchased Hugh Hefner’s home. The mansion went on the market in January of this year with an asking price of $200 million. It’s unclear what Metropoulos agreed to pay for the property, but sources from TMZ say the investor forked out at least $100 million.

Speaking to the Wall Street Journal, Metropoulos said,“The heritage of this property transcends its celebrity and to have the opportunity to serve as its steward would be a true privilege.” Metropolous already lives next door to the mansion after he purchased a separate property for $18 million from Playboy Enterprises in 2009. He plans to connect the 2 estates to build 1 large compound comprised of 7.3 acres. He also wants to gut the interior of the home (can we blame him?), but will leave the exterior in tact.

Metropoulos won’t be able to do this quite yet, however. According to the sale agreement, Hugh Hefner, 90, will live in the mansion for the rest of his life. TMZ reports that Metropoulos has agreed to this condition.

Metropoulos’ father is billionaire C. Dean Metropoulos, who is worth $2.4 billion. Metropoulos Jr. is credited with reviving brands like Hostess, which nearly went bankrupt in 2013. He’s also a former co-CEO of Pabst Brewing.

The Playboy mansion was built in 1927 and includes a gym, home theater, wine cellar, swimming pool, and tennis court. The home contains 7 bedrooms and 8 bathrooms.