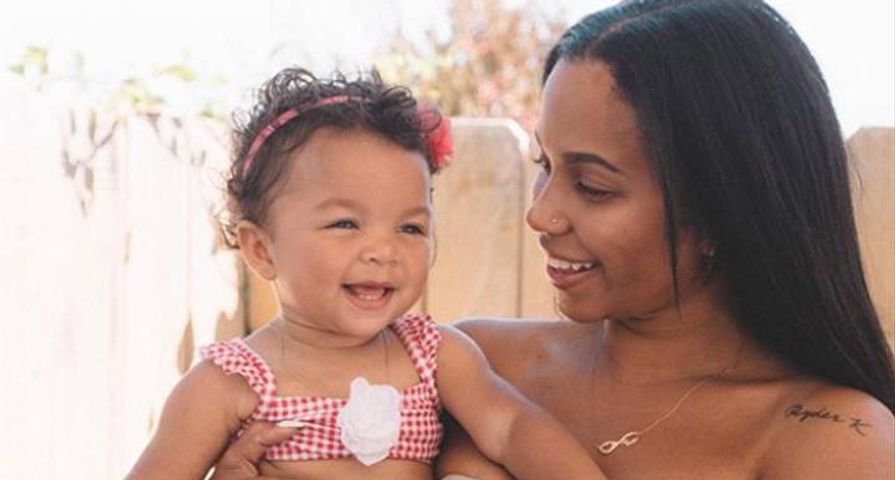 Following the news that Bristol Palin had been cast for the show’s upcoming season following the exit of longtime star Farrah Abraham, it seems it will take two ladies to fill the void Abraham left.

In addition to Palin, MTV has cast Cheyenne Floyd to the show. Fans of the network will recognize Floyd from her time on the reality series Are You the One and she consequently competed on MTV’s hit series The Challenge: Rivals III.

“Welcome to the #TeenMomOG family, Cheyenne!  | : @cheynotshy,” MTV wrote in the caption of a photo of Floyd and her daughter Ryder on Instagram Thursday.

The Challenge is where Floyd met Cory Wharton and the two struck up a relationship, but it wasn’t until after the birth of Floyd’s daughter Ryder that she revealed the father was indeed Wharton, and it seems he is also going to be appearing on the series.

Floyd spoke to Us Weekly about telling her story on Teen Mom OG, especially as to why she kept who Ryder’s father was a secret, even from Cory. “I think that there was a lot of questions regarding my pregnancy from the beginning when I got pregnant,” Cheyenne told the magazine. “It will be interesting to now tell people what actually happened. Everybody knows that Cory didn’t find out about Ryder until she was 6 months and now everyone’s questions will get answered as to what actually happened.”

She continued: “We’re not hiding anything. We’re being completely honest and open with our situation. We’re finally going to be able to tell our story and how Ryder got here.”

Of course, those who have been following the cast shakeup on the show, know that adding Cheyenne Floyd to the cast of Teen Mom OG has been in the works for quite some time. As Fame10 reported back in June that she had been selected, and had actually been cast before Bristol Palin. “It’s official,” a source told Teen Mom gossip queen The Ashley. “The only way this doesn’t happen is if Cheyenne or Cory backs out, but contracts have likely already been signed so it’s highly unlikely.”