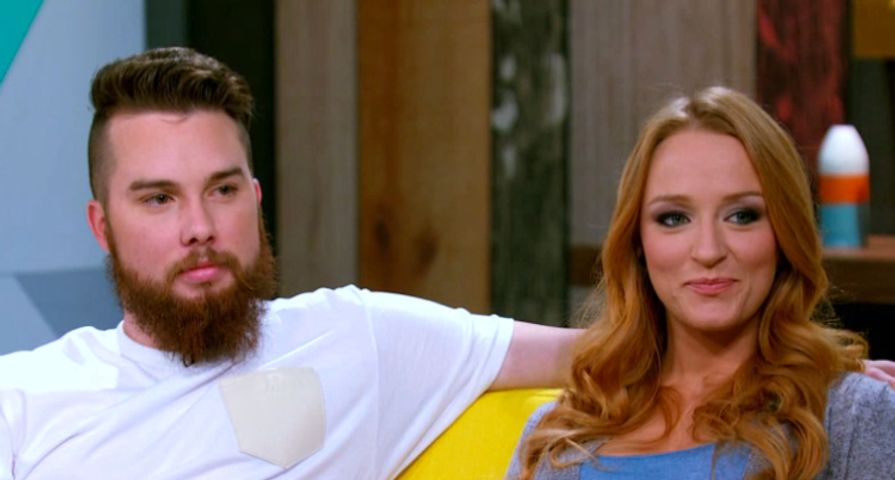 On Valentine’s Day this year, Teen Mom OG star Maci Bookout and her fiancé Taylor McKinney revealed they were expecting their second child together, and the third for Maci who became famous after appearing first on MTV’s 16 and Pregnant after welcoming a son, Bentley, with her ex Ryan Edwards when she was 17.

The news was pretty surprising for fans of the reality star who only welcomed daughter Jayde 8 months ago, and as it turns the news was also a surprise for the couple, with Maci recently revealing to Us Weekly that she found out she was pregnant in January, only two days after McKinney proposed.

“I was at the doctor, ironically, to get my birth control prescription refilled,” the 24 year old stated. The doctor then informed her she couldn’t get birth control because she was already pregnant.”I laughed at her!” Bookout revealed of learning the news. “I mean, she’s the doctor that delivered Jayde, so I was like, ‘Ha ha, that’s a funny joke – but it’s not really that funny!’ And she was like, ‘No, seriously!’ And I was like, ‘Oh, OK, well give me 10 minutes to not freak out… You’re wrong. You’ve got the wrong results, you mixed them up.’ But no, she was serious!”

Bookout also revealed that she and McKinney are expecting a baby boy on May 30, and admitted that all of their family and friends have been just as shocked by the news. While the news isn’t changing their plans to get married this October, she revealed that she and her 26-year-old fiancé have decided they won’t be having any more children after their son is born. “There are going to be some permanent birth control decisions made.”