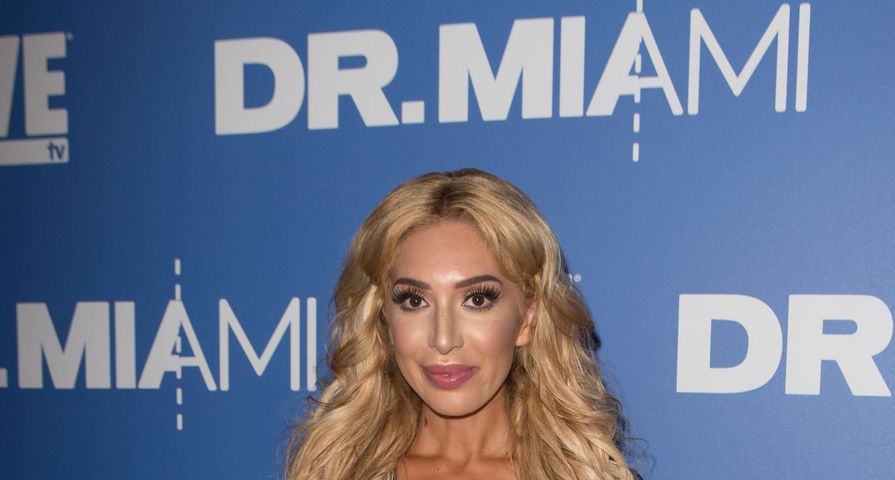 It has been clear to Teen Mom fans for quite some time now that the cast is never going to be friendly with fellow star Farrah Abraham, and while the trash-talking had mostly subsided for awhile, Farrah once again took to her Twitter to slam her castmates.

On Monday, December 18 the reality star took to her Twitter during the airing of the most recent episode and shared, “I’m just happy amber stays In bed, Maci sits on the couch, Catelynn smokes weed in her car , Tyler’s gays still doesn’t admit it, I travel the world & know how to run businesses #teenmom @mtv all I can say is #WOW.” She also included a gif of herself from last season’s reunion show when Amber Portwood confronted her on stage.

Although most of the Teen Mom stars just ignored the insulting tweet, Tyler Baltierra, who has been on the show since he and Catelynn placed their daughter Carly for adoption on 16 and Pregnant, responded. After a follower brought his attention to Farrah’s tweet, Tyler wrote,  “In order for her to really insult me, I would first need to value her opinion and the lion does not dwell on the opinions of sheep.”

This of course isn’t the first time the 26-year-old has taken aim at her fellow Teen Mom OG stars. Earlier in the year she took to her social media to share an Easter photo of her daughter Sophia, but instead of commenting on the holiday she wrote, “It’s Hilarity how I single handily made more views & ratings then all three stooges on @TeenMom @mtv & make more rating then 1offs…sh!”

For the most part, Catelynn, Tyler, Maci and Amber don’t engage in the drama but they haven’t been shy on sharing their opinions about Farrah. “I do not want kids today who are watching the show to think that that is a strong woman,” said Portwood. “That is not a strong woman. That is a hateful woman. That is not what you want to be like.”

Catelynn added, “When you listen to what she says, most of the time when she answers stuff she doesn’t make sense anyways.”