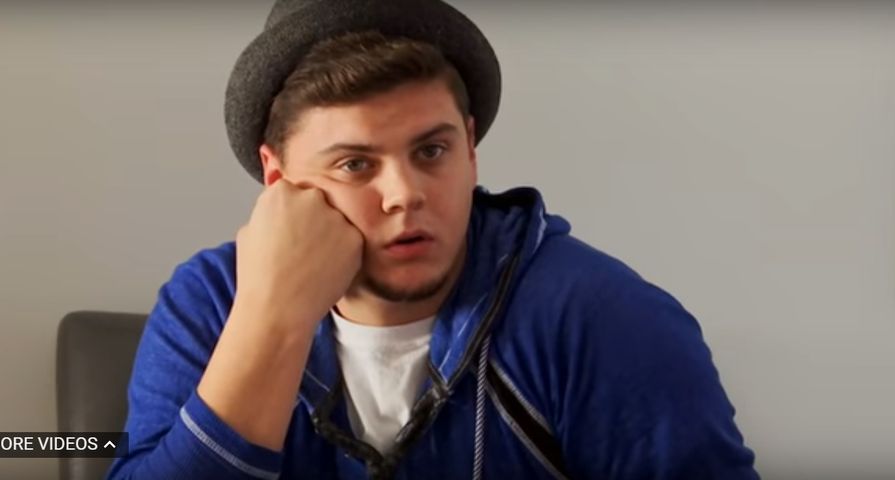 A new episode of Teen Mom OG aired on Monday, April 24th, and a lot of the drama revolved around Tyler Baltierra’s father, Butch, who was released from jail.

Viewers watched as Baltierra fought off the fear that his dad would once again slip back into his old habits of addiction after he was released. When a friend asked him what he thought would happen, the 25-year-old reality star replied: “Same thing that’s happened every time he’s gotten out. That’s the problem with drug addicts, you can’t trust them.”

After he was released, Butch stayed at Catelynn and Tyler’s old house where the couple hoped he would “stay clean and sober,” but Tyler admits he has his doubts. “I thought he could,” he said. “This was his longest streak [without using].”

Butch seemed set on making amends with his son and daughter-in-law and made sure to own up to his wrongdoing. He turned to MTV’s Teen Mom OG producers and said he “ain’t blaming nobody” for his arrest. “I put everything on myself. It’s nobody’s fault. First, it was one line [of cocaine], then it was two. That’s where the addict kicks in. I go get a sixteenth of powder cocaine. I’m not cooking it, I’m not smoking it, I’m not shooting it, I’m just snorting it. What a dumb—.”

He approached Baltierra to thank him for giving him another chance and said how grateful he was to have his family’s support. “It’s the most wonderful feeling to be…what I’ve been through, what I’ve done…you’ve got my back, like, no matter what, you’re still here. Here I got a 24-year-old son, [he’s] given me more love than I’ve ever felt from anybody. It’s confusing, but it’s beautiful at the same time. Listen, I ain’t putting no guarantees on nothing, but I’m going to do the best I can, to stay clean and sober and move forward.”

Baltierra took to Twitter last night to share his thoughts on the episode and how he’s able to deal with all of the stress from his dad “because of the natural unconditional love I have for the people in my life. I do it because life is too short.”