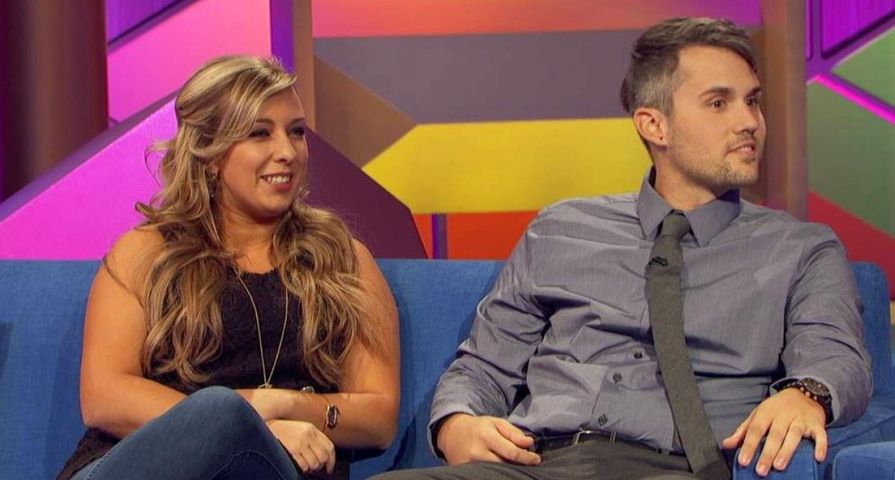 On January 1, the couple welcomed their second child together, a daughter named Stella Rhea Edwards.

“Welcome to the world sweet Stella! Stella Rhea Edwards came on her own time and surprised us New Years Day!” Standifer shared the news on Instagram on Monday, January 13, alongside a series of family photos featuring their second child.

“What a way to start our year! We are so in love with her already 🖤,” she added on.

Their newborn’s arrival comes about nine months after Edwards was released from prison following his arrest for theft and previous substance possession charges.

The first photo shows Edwards cradling his newborn as his wife wraps her arm around him while they both sweetly gaze at Stella.

In the second snap, the entire family is shown – including baby Stella! The photo shows Standifer holding Jagger, who recently turned 1 in October, and stepbrothers Hudson – whom Standifer had from a previous relationship – and 10-year-old Bentley – whom Edwards shares with his ex and fellow Teen Mom OG costar, Maci Bookout – on the floor playing with each other in their living room.

Standifer announced last July that she and Edwards were expecting their second child together.

“Baby Girl Edwards is coming in January!” Standifer shared on Instagram, alongside a photo of a sonogram of their new baby and a pink bow emoji in the post’s caption.

Edwards and Standifer secretly wed before he headed to rehab in May 2017, and the couple exchanged vows at a church ceremony in November 2017.