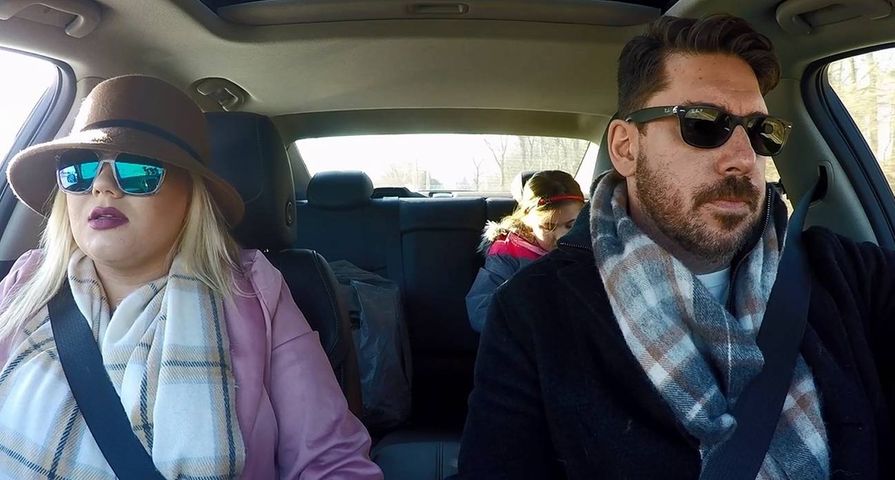 On Monday, April 17, MTV’s hit series Teen Mom OG returned with the premiere of its sixth season! The series picked up around Halloween as fans got caught up with the lives of Amber Portwood, Maci Bookout, Farrah Abraham, and Catelynn Lowell.

While prepping for Bentley’s halloween, Maci decided that she wasn’t going to waste time taking Bentley to see his dad, Ryan Edwards, because Ryan hadn’t been around for the past Halloweens anyway. Meanwhile Ryan told his fiancee MacKenzie Standifer that he was only late last year, but didn’t miss it and he really wanted to share the holiday with his son this year. Despite all of his good intentions, Ryan was late…again. Instead of getting angry, Maci just cracked a joke and Maci and her husband Taylor along with Ryan and Mackenzie and all of their kids were able to have a good Halloween.

As always, things were just a bit more dramatic for Farrah Abraham. The young mom to Sophia was celebrating the launch of yet another store, this one a children’s boutique named Sophia Laurent after her daughter who is also the face of the store. Aside from the happy moment, things went downhill when Farrah confronted her mom Debra Danielsen. The two had been going to therapy to try to work on their relationship, but when Debra brought it up Farrah got defensive and aggressive saying she doesn’t have any issues, but her mom does. So, typical Farrah. When Debra said it was the other way around and the professionals told her she wasn’t the one who needed therapy, Farrah broke down in tears.

It seems quite a few of the ladies are taking the entrepreneurial route as Amber Portwood also started her own boutique! She said she finally went through with the idea in order to prepare for life after Teen Mom comes to an end as well as to add to Leah’s college fund and save money to open rehab treatment centers. She added that she wanted to make sure Leah knew that women can be bosses too after Leah said she heard that only men could be in charge. Amid the launch of her online boutique, Amber was also dealing with a toothache which was made worse because as a recovering addict she can’t take anything stronger than Tylenol. On top of it all, her ex Gary Shirley still wouldn’t let Amber have more time with Leah during the school week.

Things weren’t going too smoothly for Catelynn and Tyler Baltierra as Catelynn tried to support her husband after he was left completely exhausted and with “no strength left” after his dad Butch was put in jail yet again after a year out. Things only became worse when Tyler admitted that his feelings of having no energy left for anything and his inability to feel joy or anger were reminiscent of when he attempted suicide at 13. He then told Catelynn that he really needed to start focusing on his own well-being and mental health after spending so much time focusing on Catelynn’s mental health.