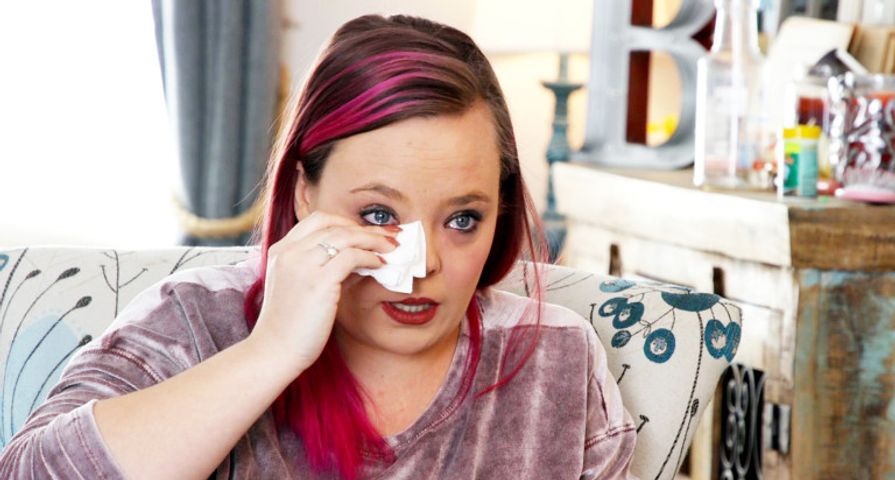 Season 7 of Teen Mom OG was a wild ride. From new pregnancies, tragic losses, and the exit of one of the Teen Moms, there was a lot to keep up with and it all came down to one very dramatic finale. Here is a full recap of the season finale, “One Life to Live.”

This season has been particularly trying for Ryan Edwards, who after his rehab stint hasn’t been overly convincing that he is sober, but things were looking up as he and his wife Mackenzie revealed they were expecting their first baby together. In the episode, Bentley broke the news to his mom Maci that he was getting a new half-sibling, and while Maci hoped Ryan would be a better this time around, she revealed to her own mom that she didn’t think Ryan was clean and had heard things from friends that he wasn’t sober.

Meanwhile, Mackenzie and Ryan headed to the doctors to confirm the pregnancy and yet again Ryan lacked enthusiasm about having another child. After tension, the two finally broke out into argument back at home where Ryan said, “I think we just need to separate for nine months.”

Things were also difficult in the Baltierra household as Catelynn returned home after a six week stay in a treatment center, and revealed to her husband that she wasn’t feeling much better. She then opened up to him about already needing to go back to treatment and didn’t want to tell him because she was afraid Tyler would want to divorce her. Tyler of course supported her and said he just wanted what was best for Catelynn and their daughter Nova and suggested that Catelynn should try outpatient care before leaving for treatment again, but Catelynn wanted to go back. Tyler expressed his frustration about Catelynn wanting to leave again to his sister and wondered, “It’s more or less, like, our kid … Is that even crossing her head at all?” He then wondered if Catelynn couldn’t handle being with him. “Maybe she’s just intimidated and she’s scared to really open up, really tell you,” his sister explained, trying to figure it out. He responded, “OK, then maybe you should not be with me. Maybe I’m not the right guy for you is what I’m saying. Maybe I’m not good enough for you.”

With Amber and Andrew expecting their first child together, Amber has been focused on her time with Leah but became upset when her daughter made sleepover plans on her weekend and when she asked Gary if it could be switched, he said no. Andrew then revealed that he had accepted a producing job out in California for two months after their son is to be born, but Amber handled the news well and admitted that she would move out to California immediately if Leah wasn’t around. She also said that her plan is to move to California when Leah is older.