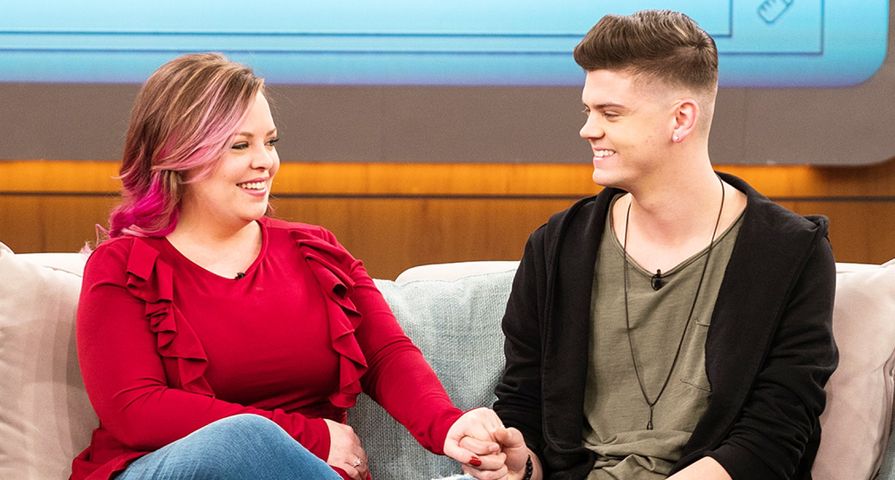 The newest season of Teen Mom OG has only just begun and fans have already seen a couple of the relationships in ruin and things only got worse on the Monday, October 15 episode.

After last week’s episode saw new Teen Mom star Bristol Palin and her husband Dakota Meyer decide to end their marriage somewhat amicably, things turned nasty in the new episode when Bristol returned home from a trip to find out that Dakota had moved all her stuff from the main bedroom to a guest bedroom. “I’m just disappointed because it’s like, in our divorce, I didn’t ask for anything. All I asked for was the money that I put into this house, to have that back. Even with all the furniture and stuff, like I bought everything in this house. I’m not going to be petty, I’m not going to take any of that. I’m not going to like sit here and take the dishes that I bought — I’m not going to do anything like that, and [what he did], to me, is just petty,” Bristol explained to her producer Kristen.

Meanwhile, things continued to be tense between Catelynn and Tyler as Catelynn still seemed ignorant to how unhappy Tyler is in their relationship. The pair headed to a taping of the Dr. Oz show where they opened up about how their mental struggles have impacted their relationship. While speaking to Dr. Oz, Tyler brought up that his therapist suggest that he and Catelynn watch past episodes together to better understand what the other is going through and Catelynn didn’t want to do that. After the show, Catelynn told a producer she thought her marriage was at a 6 out of 10 but wanted to discuss any issues behind closed doors, meanwhile Tyler wanted to talk to his friends so he met up with them.

“I’m gonna be very honest. I feel like I’m not too happy right now. I’m identifying that Ifeel pretty miserable,” he told his friends, before saying what he’d like to say to Cate. “There are things now that I realized when you’re gone, like, I kinda wanna work on this,” he shared. “When does it ever turn around though, where you know what, Cate, I need you to actually do this for me? When is it ever 50/50?”

Cheyenne’s story picked up at the BBQ from last episode which saw Cheyenne upset after her dad said he doesn’t love her unconditionally. Things only became more dramatic when one of her boyfriend’s friends drank too much and began causing a scene which then caused a fight between Cheyenne and Zach. Luckily, the two were able to make up after all the drama settled down.

Meanwhile, Amber, Gary and baby James prepared for a month-long trip to L.A. where Andrew needed to be for work. Before they left, Amber spent some time with Leah and Gary opened up to Amber about his search for his biological father after learning last season that the man he thought was his father, actually wasn’t.

Lastly, Maci was busy opening up about her polycystic ovarian syndrome and even went to Washington D.C. where she gave a speech on PCOS in hopes of helping other women.