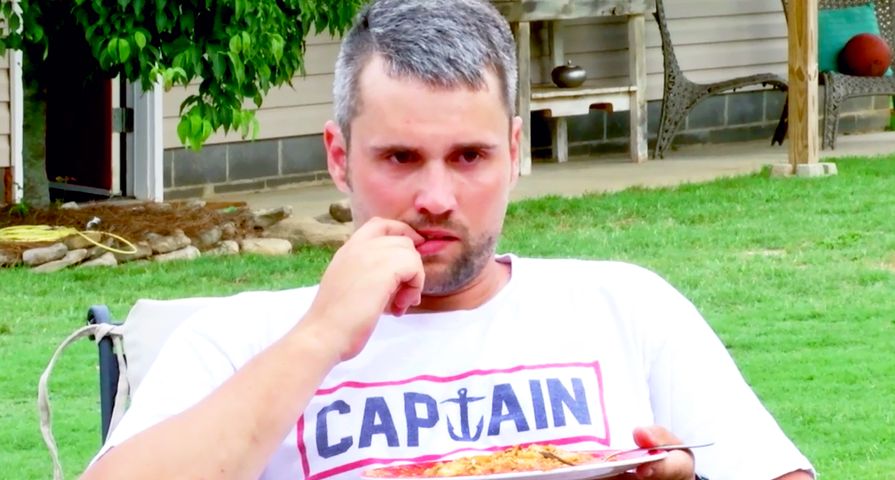 As Teen Mom OG gets into the swing of a brand new season there is already no shortage of drama. The Monday, December 11 episode of season seven brought even more of the tense relationship between Maci Bookout and the father of her son Bentley, Ryan Edwards. Check out a full recap of the intense episode:

With Ryan exiting rehab after 21 days instead of the full 30, some had their concerns including Maci and the episode kicked off with Ryan opening up about his recovery to a friend, stating, “It’s a little tough sometimes. Just trying to get through the withdrawals and stuff.”

Maci also talked with a friend about Ryan being out of rehab and the drama that has followed and revealed she send a letter to him through her lawyer which lays out the stipulations she wants in place in order for Ryan to have time with Bentley. Maci then told her friend that she sent an additional text to Ryan, stating, “I’ll need you to pass a drug screening, hair and urine, at my expense immediately prior to you taking [Bentley] for a visit,” but Ryan had not responded. There was then a scene with Ryan’s parents Jen and Larry who admitted they knew “something was going on” with their son in terms of his drug use but anytime they tried to say anything they would get in an argument “and he would leave.” Larry added that now that Ryan has gone to rehab they are all working together and they have learned some of his triggers.

After Ryan threatening to take Maci to court in the last episode, he talked with a lawyer over the phone about his custody arrangement and told the lawyer about his time in rehab. In response he was asked what drugs he used and that was when a big revelation was dropped when Ryan admitted his drug of choice was heroin. The lawyer then agreed that Ryan would most likely have to pass drug tests in order to get legal visitation with Bentley.

Meanwhile, fans finally saw the end of Amber and Matt as the pair who were already very much on the rocks went to L.A. for their stint on the reality series Marriage Boot Camp. As fans know, it did not go well, and after returning home Amber finally admitted that she and Matt were done, “We went there to help our relationship … and it didn’t go well because he would lie. So I broke up with him one night.”

Although Amber met her now boyfriend Andrew Glennon while filming Marriage Boot Camp, she didn’t mention him and quickly got excited about being single.  “I can talk to anybody I want to, and they can call me,” she said of dating again. “When you’re single people just come out of the f–kin’ woodwork.”

As for Farrah, she was getting ready to travel internationally without her daughter Sophia who she was leaving in the care of her father Michael and his girlfriend. Over lunch with Michael, Farrah reflected on her poor relationship with her mother and broke into tears over it.

Catelynn and Tyler had a brand new house, a toddler and were preparing to launch their clothing line Tierra Reign for the very first time! Naturally, things didn’t go too smoothly as the site crashed soon after launch because of the amount of visitors trying to place orders.