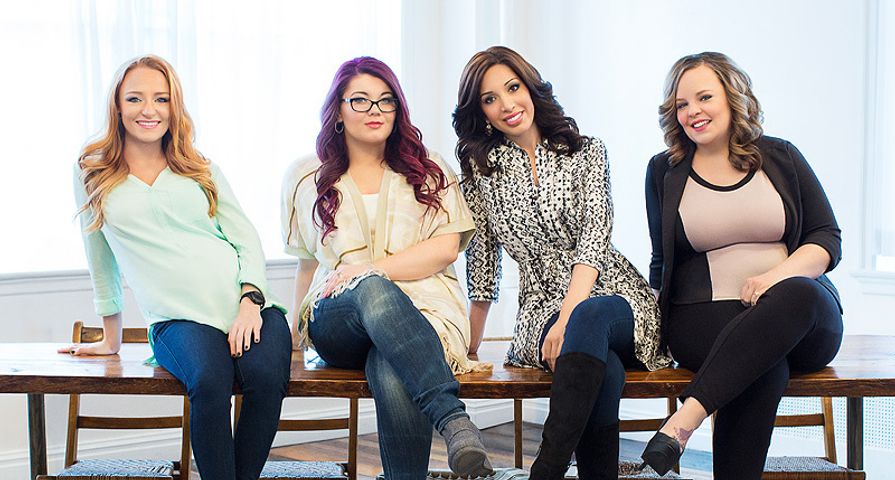 This week’s episode of Teen Mom OG was filled with dreams of more babies, heartbreaking splits and of course, a lot of drama! Follow along as we recap five of the biggest moments from last night’s episode:

Catelynn Lowell and Tyler Baltierra are thrilled about moving to their new house and even joked about getting pregnant again for their fresh start. Lowell joked she should get pregnant before the move so she wouldn’t have to do any heavy lifting and Baltierra actually agreed! All jokes aside, Lowell admitted she’s actually quite afraid to get pregnant again because of the intense postpartum depression she experienced after giving birth to Nova.

Farrah Abraham spent the weekend in Los Angeles looking for a house that she and daughter Sophia can settle down in before Sophia’s school year began. While house hunting, Farrah admitted to her realtor that she changed her will after her mother began to date David to state that if Farrah were to die her mother would not receive custody of Sophia.

Ryan Edwards left rehab after 21 days and failed to inform Maci Bookout of his release. During his ride home, Edwards admitted to wife Mackenzie Standifer that he was lying to her almost every time about where he was going when he was using. Fortunately, rehab seemed to help him figure out his priorities and he admitted all he wanted to do was see his son Bentley. Maci was shocked to find out that Ryan was out when he texted her asking to see Bentley. She didn’t answer Edwards’ calls which caused him to get upset and threaten to “hurt somebody” if he couldn’t see his son.

Amber Portwood and Matt Baier officially ended their engagement. Baier went out of town to give her space and Amber spent the day relaxing with her daughter Leah, ex Gary Shirley and wife Kristina. Amber later admitted that in the last three years, $120 000 of her money has gone missing and that Matt was sending his own daughter money that was hers. She was hopeful that with therapy he would change, but her family didn’t seem convinced.