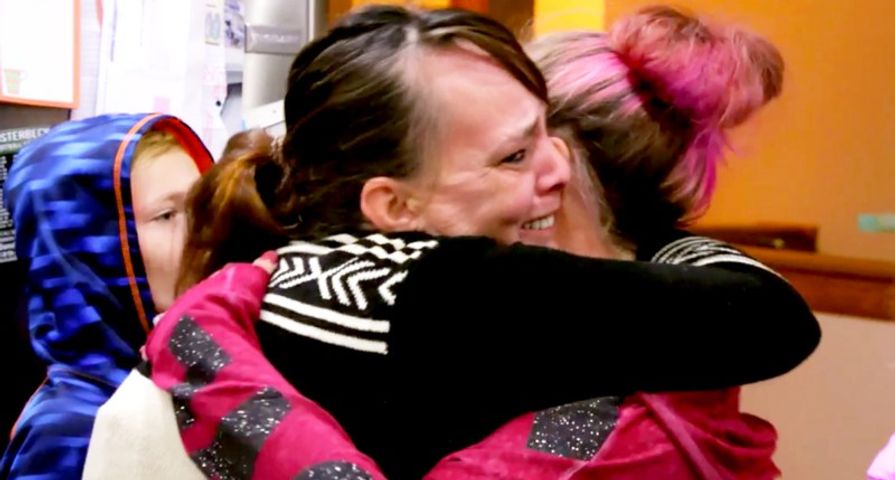 After a small hiatus last week, Teen Mom OG was back on Monday, February 12 with a brand new episode “Unconfuse Your Brain.” The episode brought happiness as Catelynn and Tyler share their baby news with their families, but for others, the episode saw nothing but drama as Maci and Ryan struggle over Halloween plans. Meanwhile Amber and Andrew can’t agree on planning for their baby, and Farrah feuds with her mom…again. Follow along for a full recap of “Unconfuse Your Brain:”

After Catelynn revealed to a shocked Tyler in the episode “Fertile Myrtle” that she was pregnant, and got their 3-year-old daughter Nova to help share the news, the pair decided it was time to tell their parents they were expecting again. As to be expected, Catelynn’s mom couldn’t have been happier while Tyler’s dad Butch was also excited for the pair. The couple then also admit that if they don’t have a boy, they will keep trying until they have one. Amid the happy moment, Butch was making big life changes of his own by agreeing he needs to go back to treatment. Tyler reveals he is paying $48,000 for the 90-day inpatient treatment for Butch, but Butch reveals he is struggling to go because he is worried about leaving his daughter, Tyler’s sister, and her kids alone.

Of course, the storyline of Catelynn’s pregnancy has become confusing for fans as the star recently checked into treatment for her mental health for the third time in recent months, and reports from TheAshley claim that Catelynn actually suffered a miscarriage shortly after filming the scenes where she tells Tyler and their families that she is pregnant. For now, the popular Teen Mom couple have not opened up about news of the pregnancy or if a miscarriage occurred.

While Catelynn and Tyler prepared to be parents again, the co-parenting struggles for Maci McKinney and Ryan Edwards continued. Everything to seemed to be going smoothly for Ryan and his wife Mackenzie to spend an hour trick-or-treating with Bentley before having to take Mackenzie’s son Hudson to his father. Things quickly went south after Maci pushed the time for the outing back without telling Ryan which meant he could only spend a few minutes with his son before having to leave. Of course, Ryan and Mackenzie believed Maci changed the plans on purpose while Maci was adamant she didn’t know they had to leave.

As Amber and her new boyfriend, Andrew, prepare for parenthood it seems they had a few different ideas on how things should go. The two went on a haunted hayride with Amber’s ex Gary and his wife Kristina along with their kids, and although Gary wanted to get to know Andrew better, he admitted Andrew really didn’t give him much to work with. Gary later told Kristina that he thinks Amber got pregnant too soon after meeting Andrew and even questioned if the baby could have been Matt’s, which Kristina shot down. Meanwhile Amber and Andrew discuss a birth plan and when Andrew says that Amber should have a natural birth, she is quick to say there is no way that is going to happen. Then, after she found out she was 13 weeks along, Amber decided she wanted to know the gender as soon as possible, but Andrew wasn’t so on board with finding out. As he tries to give his opinion, Amber shrugs him off because her mind is already made up about finding out.

Last but not least, another Teen Mom OG episode means more drama between Farrah and her mother, Debra. Teen Mom 2′s Jenelle Evans reached out to Farrah to tell her that for some reason her ex Courtland Rogers was invited to Debra’s wedding, and told Farrah he is not a good guy and there is no reason for him to be around. Farrah immediately confronted her mother with the news over FaceTime and tried to tell her it wasn’t safe for Courtland to be there which of course leads to a classic screaming match between the two.