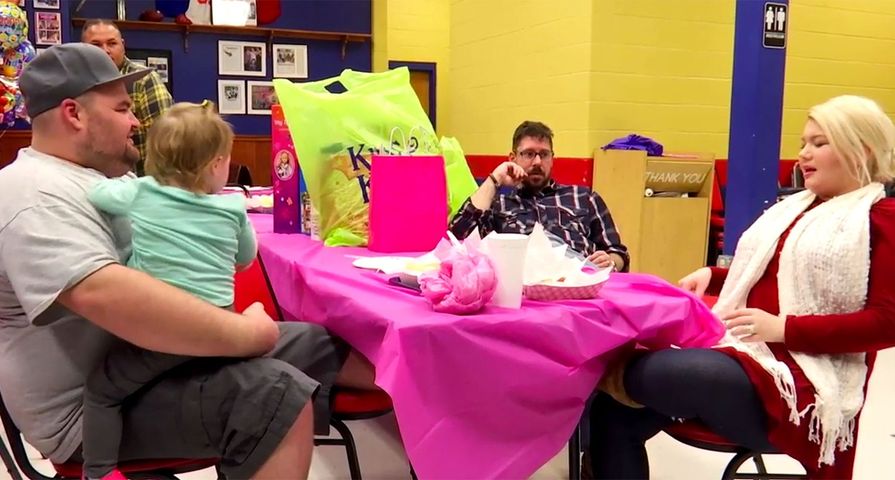 Things are changing fast for all of the Teen Moms as they expand their careers and their first borns grow up very quickly! The Monday, May 1 episode of Teen Mom OG saw two birthday parties, as well as discussion from a couple of the moms about having another baby.

The episode saw Amber Portwood and her ex Gary Shirley come together for a joint birthday party for their daughter Leah. Everything seemed extremely amicable as the former couple and their current significant others all worked together to plan the party and everything went perfectly. Just as things were going so well, things got awkward when Gary suggested that Amber and her fiance Matt Baier should have a baby of their own. This prompted Amber to announce she “can’t” and told Leah she was going to leave. Later, Amber explained to producers that she was still struggling with her borderline personality disorder and bipolar disorder which required medication for the rest of her life. Unfortunately the medication is not safe for pregnant women and her disorders are too severe to risk going of the meds.

Meanwhile, Farrah Abraham faced her own difficult decisions when she abruptly announced she was thinking of packing up and moving to San Diego almost immediately. She said her Austin neighbors were too nosey, and a friend told her she should have homes in both cities considering she just opened new stores in Texas. Her classic Farrah response was, “I don’t make bad choices,” and later told her father she was definitely moving to San Diego.

Another birthday party was in store for the episode as Catelynn and Tyler Baltierra threw one for their daughter Nova. Once again the good time was interrupted with baby talk as Tyler said he wanted another baby but Catelynn on the other hand said she wasn’t ready for another pregnancy because of the postpartum depression she suffered after having Nova in 2015. While they kept having the discussion, it all comes down to Catelynn who would have to have her implanted contraceptive removed.

Last but certainly not least is a story that Teen Mom OG fans have seen time and time again: Maci vs. Ryan. In the episode, Maci was trying to help her son Bentley get more excited about spending time with his dad Ryan. Unfortunately Bentley wasn’t too interested because he has become so used to Ryan not being around and said he just wanted to spend Thanksgiving with his mom. Despite her efforts, Ryan’s parents still blamed Maci for Bentley not attending their Thanksgiving celebrations because they didn’t know Bentley made the decision himself.