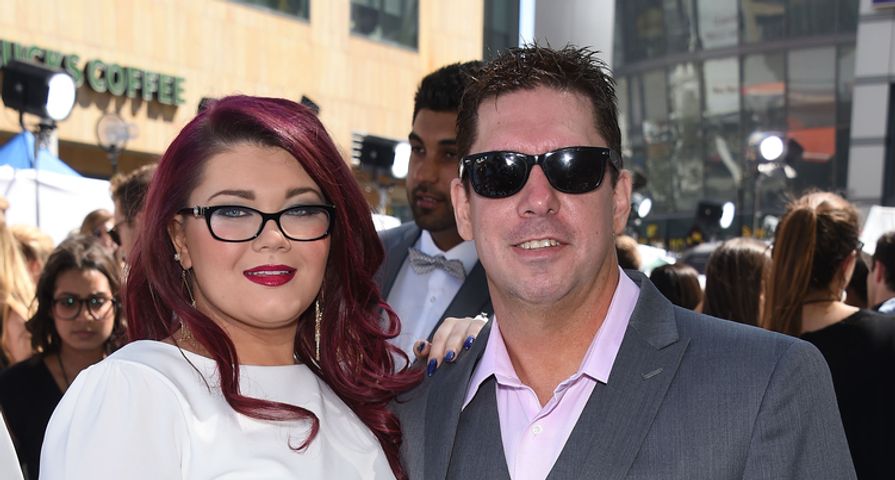 The Teen Mom: OG stars took to the city that never sleeps and, of course, in typical Teen Mom fashion had their fair share of drama to go along with it. On Monday’s episode, the Teen Mom stars hit the Big Apple to do press for the show and, of all the drama, the most shocking was the potential wedding cancellation after Amber Portwood caught her fiance Matt Baier offering Xanax to co-star Catelynn Lowell.

Before the NYC spectacle, the Teen Mom: OG stars spent time at home preparing for the trip. Portwood’s fiance Baier took on a few daunting wedding tasks himself such as selecting the guest list and organizing a venue. Portwood’s ex Gary Shirley also addressed the wedding in this episode and commented that he wasn’t sure if he should go or not. “That is a big commitment,” he simply stated.

The drama with Portwood and Baier reached an extreme, however, when costar Catelynn suffered a panic attack upon missing her daughter’s first day of daycare. In an attempt to help, Matt gave Catelynn an Xanax, but this raised many questions about his past issues with substance abuse and alcohol. Amber stated, “I found out Matt gave her a Xanax and I’m freaking out because he shouldn’t have any if he’s clean.” Matt explained why he had the Xanax to give to Catelynn by saying, “My buddy gave me a Xanax in case Amber needed it on the plane… I swear I’m not [back on drugs]…. It wouldn’t have been in my pocket; it would have been in my stomach.” When Matt asked Amber if she would still marry him, Portwood shook her head “no” and stated, “You’ve made more than one f**king mistake. I’m not doing it.”

Aside from Portwood and Baier’s drama, in this episode Maci Bookout planned a surprise party for her husband, Taylor McKinney. Maci’s son Bentley made him an adorable card that said, “You are the best stepdad ever,” which definitely melted our hearts. Meanwhile in Los Angeles, Farrah Abraham continued to try to get closure after her split from Simon Saran through an unconventional hypnotherapy session. Abraham also discussed her daughter Sophia’s newfound love for acting. Despite Farrah’s claims that Sophia is interested in acting, the camera shots told a totally different story with clips of her daughter saying she doesn’t want to attend the acting class, to which Farrah responds, “Yes you do.” Farrah even asks the help of a bellhop to wheel Sophia in a luggage cart to the car!

With all the twists and turns of this episode, we can’t help but wonder what’s in store next for these Teen Mom: OG stars. Will Portwood and Baier ever get married? Will Sophia become the next big childhood actress? Find out next week on Teen Mom: OG!