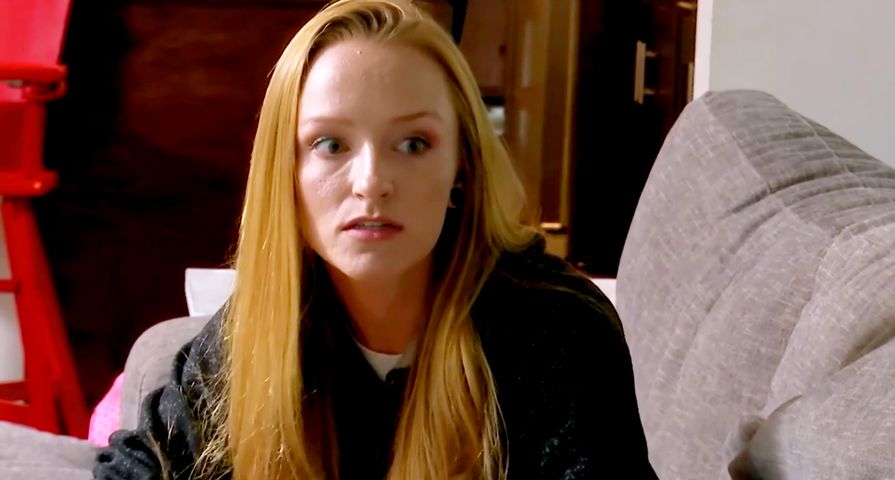 Teen Mom OG returned on Monday, November 27 with its seventh season and fans got caught up with Farrah Abraham, Catelynn Baltierra, Amber Portwood and Maci Bookout as the premiere picked up right where we left off — at the reunion taping!

Fans will remember that the dramatic reunion show had Ryan Edward’s wife Mackenzie Standifer confronting Maci with an open letter in which she claimed Maci exploited Ryan and his addiction. Maci added before the taping that she hadn’t been updated on how Ryan was doing as he began rehab, and quickly found out why she hadn’t been kept in the loop. While Mackenzie stormed off before Maci could respond, Amber Portwood immediately defended her friend and costar backstage when she came face to face with Mackenzie. Amber called her a “f–king c–t” and told Mackenzie how lucky she was that Amber had now learned “self-control.”

Despite Mackenzie’s concerns about Ryan being exploited, she later allowed filming to continue as she visited him in rehab and learned that he was using up to three times a day and was spending an insane $10,000 a week. “He said that he was using three times a day,” Standifer told Kiki while at her rental home in Texas. “Ten thousand dollars a week!” She was also told that is main trigger for using was Maci which only reinforced Mackenzie’s plan to cut Maci out.  “We had to do one-on-one therapy,” she said. “Oh my gosh. The therapist was like, ‘What do you think his triggers are?’ And I said one name and boy was he …” Kiki interjected and said, “You literally said Maci’s name and he was already triggered.”

Meanwhile, Maci was most concerned about Bentley and when he would be able to see his dad again, adding that if Ryan did his 30 days in rehab but didn’t continue to receive treatment then she wouldn’t let him see Bentley.

The reunion episode also left off on a very bad note for Farrah and her mother Debra and Debra’s fiance Dr. David, and things only escalated in the premiere. At Farrah’s birthday party, Dr. David showed up and while things started out okay they quickly went south when David decided to pull aside Farrah’s dad Michael who then tells David he will not have anyone disrespecting his daughter. In response David asked Michael if he cheated on Debra when they were married, which enraged Farrah when she found out.

Fans will also remember from the reunion that Amber and her fiance Matt Baier were on the rocks, and although she hadn’t completely called it off after finding out Matt had taken her money and relapsed, she decided he needed therapy. Amber then decided to also see a therapist and a pyschic who told her there was “gonna be a second child,” which is eerie has Amber had confirmed her second pregnancy before the new season’s premiere. After her therapy session, Amber decided to not only push back her wedding to Matt but call off the engagement altogether.

As for Catelynn and Tyler, they were once again dealing with Butch’s relapse. After picking up the keys to their new house, they went and saw Butch for the first time since he was off parole and he admitted to Tyler that he hadn’t been able to stay sober, but once again seemed remorseful and wanted to change. Meanwhile Catelynn decided to buy a horse to help her cope with her anxiety.