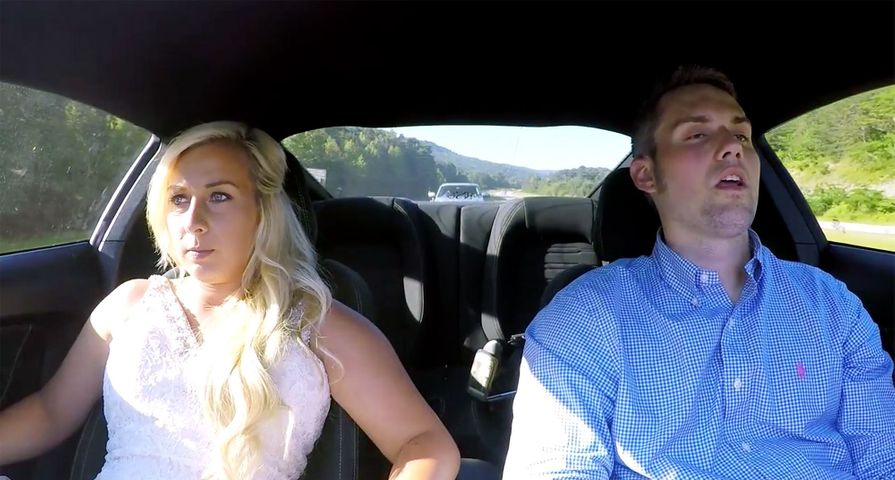 Things You Might Not Know About Tyler And Catelynn Baltierra's Relationship
Credit: MTV

The Teen Mom: OG finale dealt with quite serious dilemmas this episode including substance abuse issues and lying about alleged flirting.

Ryan Edwards, Maci Bookout’s ex, and Mackenzie Standifer officially married, but unfortunately it was far from a fairy tale wedding. Amber Portwood also received devastating news after her fiance Matt Baier completed a lie detector test in an attempt to prove he did not cheat on Portwood.

Edwards’ substance abuse issues became a major concern throughout the episode for both Maci and his current partner Mackenzie. Maci vented her concerns to a friend by saying, “He’s an addict. He doesn’t care about anything.”

Maci’s claims seem to be proven true later in the episode when a dazed Ryan drives himself and Mackenzie to their wedding ceremony. Mackenzie questions, “Why are you swerving?” and is forced to straighten the steering wheel herself because Ryan seems incapable. He proceeded to open and shut his eyes looking almost as if he was going to fall asleep. Mackenzie questioned him again asking, “Did you take Xanax again?” to which Ryan swore he didn’t, but Mackenzie seemed to know the truth. The couple made it to their wedding unharmed, but Ryan seemingly almost falling asleep at the wheel was a great cause for concern.

In other news, Amber Portwood sat her fiance Matt Baier down for a lie detector test to address rumors of him cheating on her. He surprisingly passed the polygraph test when asked if he has cheated, but failed when asked if he has flirted with other women. When this news was revealed to Amber, she broke down and devastatingly cried to the producer, “I wasted three years of my 20s. … Is it me?!”

While Maci and Amber found themselves in the midst of heartbreaking situations, Farrah Abraham seemed to be having a more lighthearted experience in the finale. Abraham is still on vacation in Key West with her family, but continues to argue with her mother about the lack of respect between Farrah and her mother’s fiance.

Catelynn Lowell and Tyler Baltierra got possession of their new farmhouse in the finale as well. The couple seem thrilled with starting this new chapter and that all their dreams are coming true.

The episode ended on a hopeful note, but we’re even happier to hear that Edwards has reached out for treatment to help remedy his recurring addiction issues.